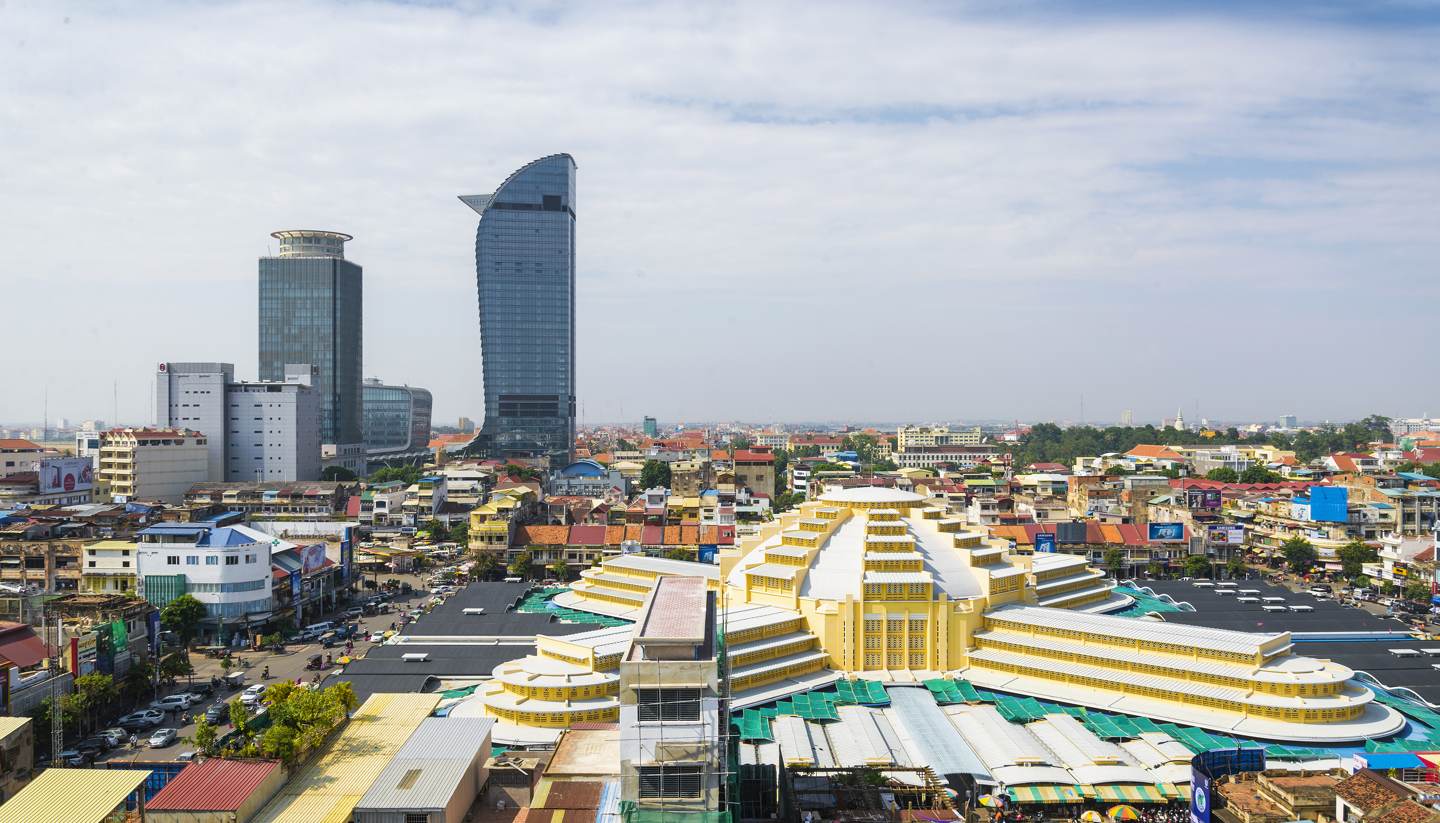 Phnom Penh is a bustling city with renewed confidence from its troubled past. Much of the city was once destroyed during the Khmer Rouge era when the country was ruled by Pol Pot and the Communist Party of Kampuchea, but today, motorbikes and tuk-tuks whiz past in a frantic hurry, locals haggle at lively markets, and pilgrims meditate at Wat Phnom – all signs that this city is determined to move forward.

Located in the tropical zone north of the equator, Phnom Penh is a year-round destination with two distinct seasons: rainy and dry.

Rainy season (May-October) is characterised by short bursts of heavy downpour with July to September receiving most of the annual rainfall. Temperatures are around 30C.

Dry season (November-April) is dusty, and temperatures climb from a comfortable 25C in January to over 30C in April. This is the best time to visit as Cambodians celebrate their New Year in April. Tourism is high during this peak season.

Public bus services are limited in Phnom Penh, so the best way of getting around the city is by motorbike taxis (motodops) and tuk-tuks which can be hired on the streets. Be sure to agree on a price beforehand, though prices often start from US$1 (4,000 Cambodian Riel). See our Getting around Phnom Penh guide for information on taxi, car rental and bike hire.

Royal Palace
An impressive complex of buildings, built in a traditional Khmer style. The Throne Hall was last used in 2004 for the coronation of the king, Norodom Sihamoni. The royal family still reside in part of the palace.

Silver Pagoda
This pagoda sits next to the Royal Palace and contains 5000 silver tiles. It houses several important Buddha statues, including the Emerald Buddha, Wat Preah Keo, and a life-sized gold Buddha.

National Museum
Built by the French in 1917, this museum contains Khmer sculptures, bronze objects, ancient Khmer ceramics and wooden statues. There are English-speaking guides available to help you make the most out of your museum visit.

Wat Phnom
This temple marks the spot where Phnom Penh was founded and is one of the most important landmarks in the city. Locals often come here to pray for good luck.

For more information on must-see attractions, check out the Things to see in Phnom Penh guide. 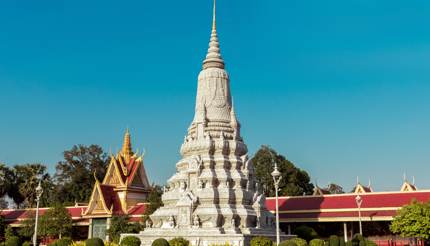 Tuol Sleng Museum of Genocide
Tuol Sleng, also known as S-21, was originally a high school that became a brutal prison in the 1970s during the cruel Khmer Rouge regime. A visit to this museum can be traumatic as it tells the story of some of the prisoners who were tortured and left to die here.

Wat Ounalom
Dating from the 15th century, this is one of Phnom Penh’s most important temples. The temple was originally built to house a religious relic: an eyebrow hair from the Buddha. During the Khmer Rouge, this temple was damaged severely with many religious artefacts being thrown in the river. 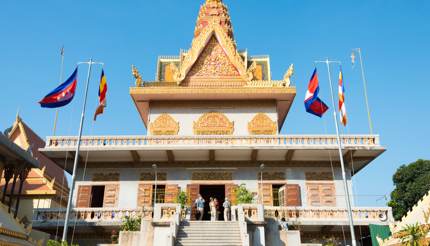 Tipping: service charge is often not added to a bill and tipping is not mandatory, but a tip of 10% is appropriate. 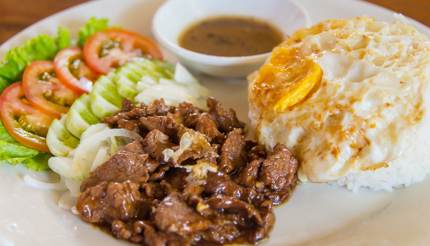 There are many different hotels on offer in Phnom Penh, ranging from the 5-star luxury InterContinental Hotel to the good value Boddhi Tree Umma guesthouse. For a resort-style hotel with a prime location, stay at the Juliana. With 97 contemporary rooms that embrace the Khmer style, and within walking distance of the main sites in the city, the Juliana Hotel is the perfect place to stay if you want a little luxury without breaking the bank. For more hotel recommendations, see our Hotels in Phnom Penh guide.

Phnom Penh is home to a vibrant and exciting nightlife scene. The Eclipse Sky Bar (address: Monivong Blvd) offers amazing views of the city and if that’s not enough, they make a mean martini. Alternatively, you can dance the night away at the Heart of Darkness club (address: Street 51 Pasteur), a favourite of expats and travellers alike. For a taste of the live music scene in Phnom Penh, head to Sharky’s Bar (address: Street 130). This bar hosts live rock bands at the weekends, and showcases new and up-and-coming bands. For more information on where you can party the night away, see our Nightlife in Phnom Penh guide.

With many artisanal items available, shopping in Phnom Penh is an exotic experience. For a souvenir unique to Cambodia, take a look at a krama, a checked scarf made of cotton or silk. The Central Market and The Russian Market are also must-sees. You can very easily get lost in the rows of stalls selling everything from fruit and fish to jewellery and clothing. For more advice on where to shop, see our Shopping in Phnom Penh guide. 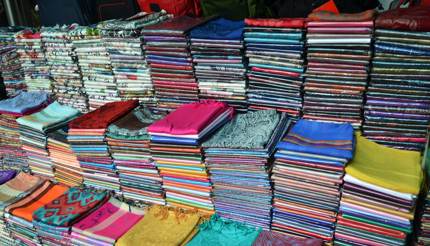 Canadians, Americans, Australians, British nationals, and other EU citizens require a visa to visit Cambodia, and your passport must be valid for at least six months from the day you arrive. For more information, see the Cambodia Visa and Passport Requirements page.

Where to go on holiday in January 2020