From the city, activities such as kayaking, canoeing, hiking, biking and skiing are easily accessible, and there are also several parks located in the city centre. This is not to say that the city isn’t renowned for culture, too: the city that gave us Starbucks, Amazon and the grunge scene in the 1990s offers diverse neighbourhoods with world-class museums, theatres and music venues, as well as a thriving foodie scene.

If there’s one thing you should know about Seattle, it’s that it rains a lot. While most precipitation falls between October and April, it’s a good idea to bring an umbrella or rain jacket whatever time you visit.

Spring (March-May) is pleasant, with temperatures starting to get warmer and fewer crowds than over the summer. It’s still likely to rain, though, and make sure you bring a jacket as the wind can be chilly. A definite highlight at this time is the Seattle Restaurant Week.

Summer (June-August) is when the city moves outdoors to parks and festivals to make the most of the sunshine and relative lack of rain. This is the high season – especially in July and August – so prices are at their highest and hotel rooms at a premium. Be sure to book in advance if you plan to visit at this time.

Winter (December, February) is cold, rainy and cloudy. This is the time to nab a bargain, though. There are plenty of indoor events to compensate too, such as Earshot Jazz Festival and Seattle Chamber Music Winter Festival.

Hiring a car is not recommended due to congestion and high parking fees, and there are plenty of public transport options that will get you where you need to go. Most tourist attractions are located in Central Seattle, which is compact enough to explore on foot. There’s also an excellent bus system, a streetcar, a monorail that goes from Downtown to Seattle Center and a light rail system, as well as ferries that link the city with the Olympic Peninsula and Bainbridge Island.

Taxis aren’t as plentiful as in other big cities and it’s recommended that you book one in advance or find your nearest taxi stand. Alternatively, Uber and Lyft operate in Seattle.

For more details on transport options, see the Getting around Seattle page.

Seattle Art Museum (SAM)
Three distinct museums fall under the SAM umbrella and should not be missed, although the Seattle Asian Art Museum is closed for renovations until at least 2019. The main museum, near Pike Place in Downtown Seattle, has wide-ranging displays, with Native American, Islamic and African art alongside Old Masters and contemporary works; the temporary exhibitions are usually excellent. The Olympic Sculpture Park, at the waterfront in central Seattle, is a nine-acre outdoor museum that has become an iconic attraction in the city.

Space Needle
The Space Needle has become an iconic symbol of Seattle since it was built for the 1962 World’s Fair. Elevators whisk visitors up to the observation deck, which offers outstanding views of Downtown Seattle, as well as the surrounding mountains and islands. There’s a revolving restaurant, SkyCity, which serves food that’s better and more reasonably priced than you’d expect. 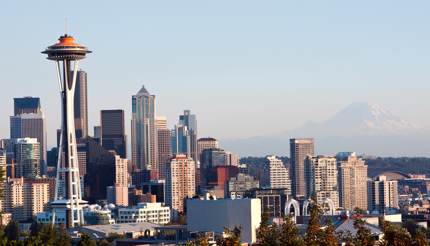 Seattle Aquarium
The aim of the aquarium is to promote marine conservation and conduct research, but it’s been designed with kids in mind. A highlight is a 450,000-litre tank called ‘Window on Washington’ that replicates the coastal waters of Washington State and includes a daily dive show, and there’s also a man-made coral reef and some resident seals and otters.

Fremont
This bohemian neighbourhood just north of Downtown has managed to retain an alternative, quirky edge despite increasing gentrification. Look out for the ‘Fremont troll’ under a bridge and a huge statue of Lenin; there’s also a great selection of ethnic restaurants, coffeehouses and bookstores. The Fremont Sunday market has everything you’d expect to see in a flea market, plus food trucks.

Check out our Things to see in Seattle guide for more must-see recommendations.

Do yoga… on a stand-up paddleboard
It may sound ridiculous, but it’s the latest craze – floating on the sea on a paddle-board while practising yoga moves on top – and it’s called flo-yo. Classes cater to all levels of fitness and experience, and wetsuits and boards are provided.

Explore Seattle’s underground tunnels
After a fire razed what is now the Pioneer Square area of Seattle in 1889, the city was completely rebuilt, but several feet higher as the ground level was prone to flooding. In time these underground passages were sealed up and basically forgotten – that is, until local resident Bill Speidel started offering tours in 1965, which he still does to this day.

Wander around Pike Place Market
There are more than 500 vendors at this iconic public market, which has been open since 1907. These include fresh produce, flowers and seafood, as well as crafts and antique dealers. Street performers add a lively atmosphere, and there are plenty of bars and restaurants here too. 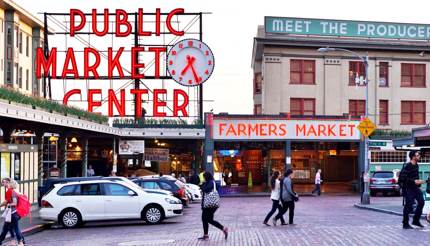 Check out our Things to do in Seattle page for more recommendations.

For more on food in Seattle, check out our Restaurants in Seattle guide. 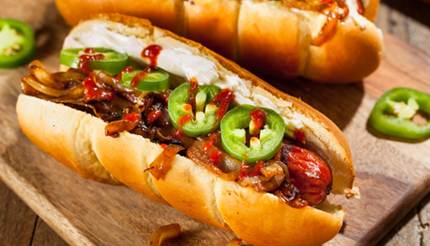 Seattle’s hotel options run the gamut from cheap to super luxurious, and where to stay depends on your budget as well as your tastes. For proximity to the city’s “must see” sights, Downtown is convenient but expensive; Seattle Center, which is north of Downtown, has cheaper options. The neighbourhoods of Belltown and historic Pioneer Square put you close to nightlife options but can be noisy at night. For our hand-picked hotel recommendations ranging from cheap to expensive, check out our Hotels in Seattle guide.

Although the locals are by and large outdoorsy types, that doesn’t mean there isn’t a vibrant nightlife scene in Seattle, with options that cater to all tastes – whether it’s a dive bar, brewpub, swanky cocktail bar or nightclub. The best areas to go out in are the gay district of Capitol Hill, which has plenty of trendy bars; hipster Belltown and the up-and-coming Georgetown; and stalwarts Pioneer Square and Downtown. For our recommendations on bars, nightclubs and live music venues, see our Nightlife in Seattle section. 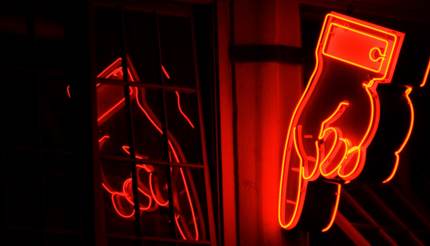 Nationals from the UK, other EU countries, Australia and Canada do not need a visa to visit the USA for visits of up to 90 days as they are part of the Visa Waiver programme; they will, however, have to apply for an ESTA (Electronic System for Travel Authorisation) beforehand. This can be applied for online, is valid for two years, and costs $14 at the time of writing. The exception to this is citizens of Bulgaria, Croatia, Cyprus, Poland and Romania, who are not part of the waiver programme and will require a visa. All other nationalities should check with their consulates for visa information. For more information, check out the United States of America Passport and Visa page.