16 things to know before travelling to Qatar 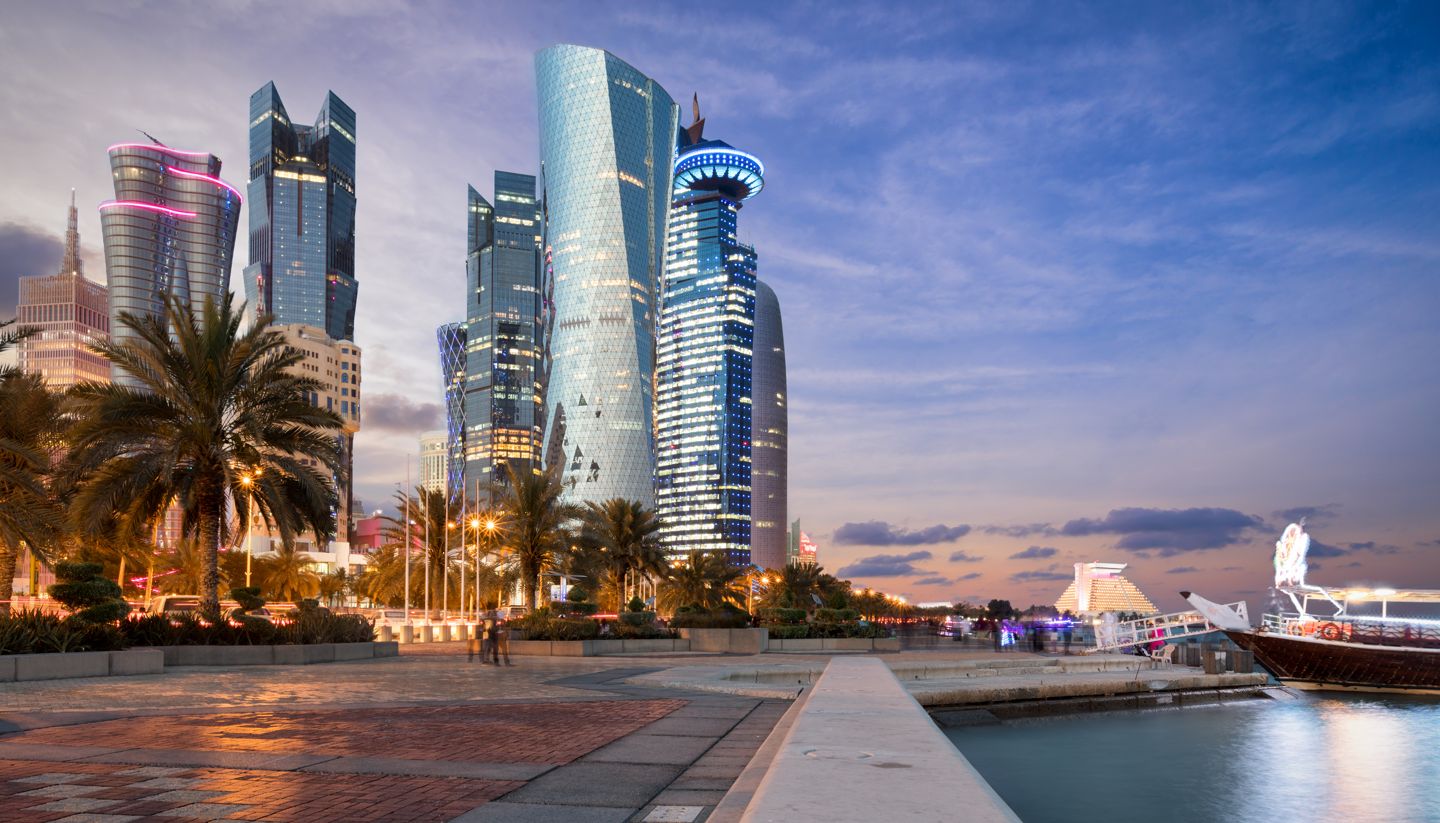 Qatar is made for every traveller. Its capital, Doha, blends traditional souks and gleaming malls effortlessly. Beyond Doha, Qatar rewards visitors with its fair share of natural beauty – massive sand dunes and pristine sandy beaches are worthy diversions. Here are 16 things you must know before travelling to Qatar.

1. Qatar is the richest country in the world

Almost rectangular in shape, Qatar sits in a peninsula jutting out into the Arabian Gulf between Bahrain and the United Arab Emirates. It shares land borders with Saudi Arabia. An independent emirate since 1971, Qatar has substantial oil and gas reserves and is currently the richest country in the world.

2. Many airlines fly to Qatar 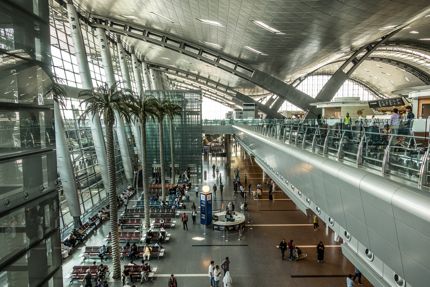 3. Qatar can be expensive, but it can also be affordable

As you would expect, luxurious hotels and Michelin-star restaurants in Doha do command top prices. You can easily spend a few hundred US dollars for a night in one of the swanky hotels and splash out to dine like royalty.

Thankfully, Qatar has options for budget travellers too. You can get a room for US$60 a night in December (at the start of the peak season) in a service apartment or a small hotel away from the city centre. As for meals, you may spend an average of US$5 a day if you opt for budget restaurants or food courts.

Qatar is an Islamic country observing many traditional customs, but it is also refreshingly tolerant. Expats working in Qatar are free to worship in churches and temples. While female visitors do not need to wear a hijab (headscarf) or abaya (full-length black cloak), they do need to dress modestly by covering shoulders and knees. Bikinis and beachwear are acceptable at the hotel pool but not in public places.

5. Alcohol is allowed in certain places

Qatar does allow alcohol to be served in hotel bars and licensed restaurants. However, visitors must not carry any alcohol into the country and drinking in public is prohibited.

6. Getting around is easy

Karwa taxis are widely available and reasonably priced. You can order it via the Karwa app or call for service. In addition, you can also hire a private vehicle through ride-sharing apps such as Careem and Uber. If you intend to visit Khor Al Adaid (Inland Sea), best book an overnight tour that allows you to enjoy the breath-taking sunset and sunrise. 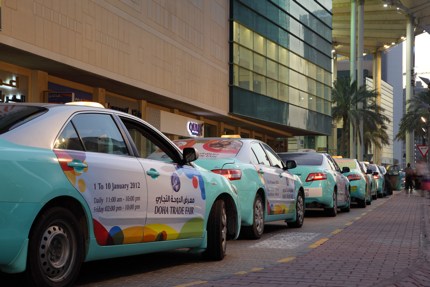 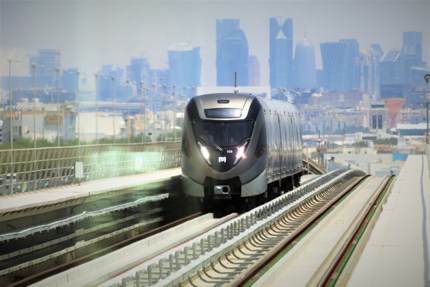 Doha is the cultural and economic hub of Doha. Corniche, the 7km (4 miles) long waterfront is a tourist hotspot, offering great viewpoints, open lawns and a harbour where you can hop on a dhow cruise.

The Pearl, a man-made island on the banks of the Arabian Gulf, is another tourist hotspot. The Qanat Quartier within the Pearl is modelled after Venice with canals running through piazzas and pastel-coloured buildings. 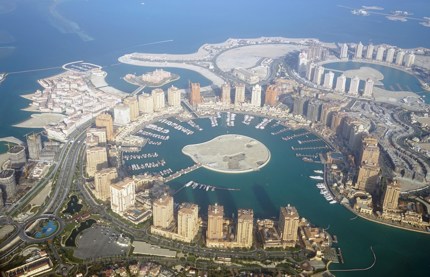 8. Qatar has a thriving art scene

The Museum of Islamic Art in Doha is a must-see. This beautifully-designed museum has a vast collection of paintings, glassworks, ceramics, textiles and ancient manuscripts. Mathaf (Arab Museum of Modern Art), located in Doha’s Education City, is another gem with over 6,000 pieces of art. Both museums are linked by a shuttle service. 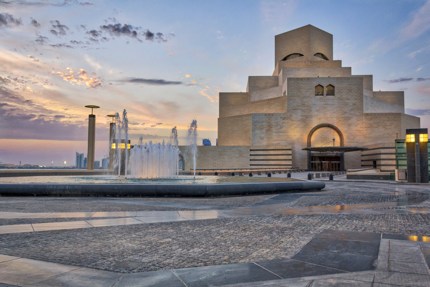 The Museum of Islamic Art, Doha

From the large expense of Al Thakira mangroves in the north, salt flats (sabkha) along the coast and massive sand dunes in the south, Qatar has stunning natural wonders to offer. Khor Al Adaid (Inland Sea), where the sea and the surrounding large tidal embayment spill into the desert, is definitely a highlight. 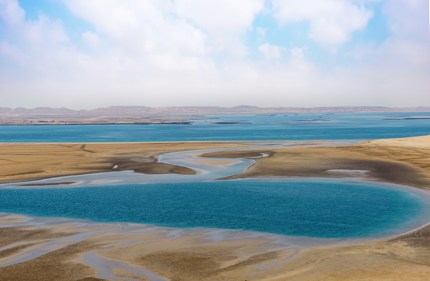 10. Nationals from 87 countries can visit without a visa

Nationals from 87 countries can visit Qatar without a visa for up to 30 days or 90 days, depending on your nationality. See the full list of countries in our Qatar visa and passport requirements page.

Visa waiver is issued on arrival, upon presenting your valid passport (which must have a minimum validity of six months) plus a confirmed onward or return ticket.

11. Tap water is safe to drink

While coffee, karak chai (strong tea) and fresh juices are widely available, you can also drink tap water in Doha and other urban areas. When you’re out in the desert, bottled water is a sensible option.

Qatari food takes inspirations from the Indian Subcontinent, Iran, the Levant and North Africa. Machboos, a stew of mutton or seafood served with yogurt, is hugely popular. International dishes are widely available in most hotels too.

Qatar has two seasons: hot (May to October) and cool (December to February). March, April and November are transitional months. The best time to visit Qatar is during the cool period (December to February) when temperatures are mild, with average highs ranging between 22°C (72°F) and 25°C (77°F). 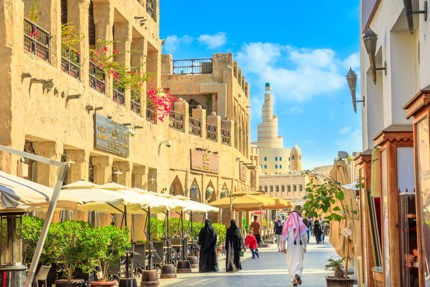 December to February is the best time to visit Qatar

14. Heatstroke is a health risk during the hot season

As the mercury soars during the hot season, it is possible to get heatstroke. While you can still enjoy the outdoors, it is best to cover the head, stay hydrated and avoid vigorous physical activities at midday.

15. Qatari Riyal is the currency

Qatari Riyal is the currency and is pegged to the US dollar at an average rate of US$1 = QR3.64. ATMs are widely available so it is easy to withdraw money locally. 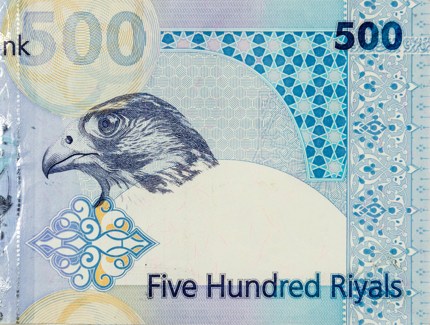 16. It faces economic and diplomatic embargo from its neighbours

Accusing Qatar of supporting terrorism including Hamas and the Muslim Brotherhood, Qatar’s neighbours (Saudi Arabia, Bahrain, Egypt and the United Arab Emirates) imposed an economic and diplomatic embargo on Qatar in June 2017. The embargo had a major impact as more than half of Qatar’s imports came through these countries, forcing Qatar to source its food supplies from Iran and other countries, as well as ramping up domestic production. For example, Al Khor, a city in northern Qatar, now has a huge dairy farm to ensure milk supplies remain uninterrupted.