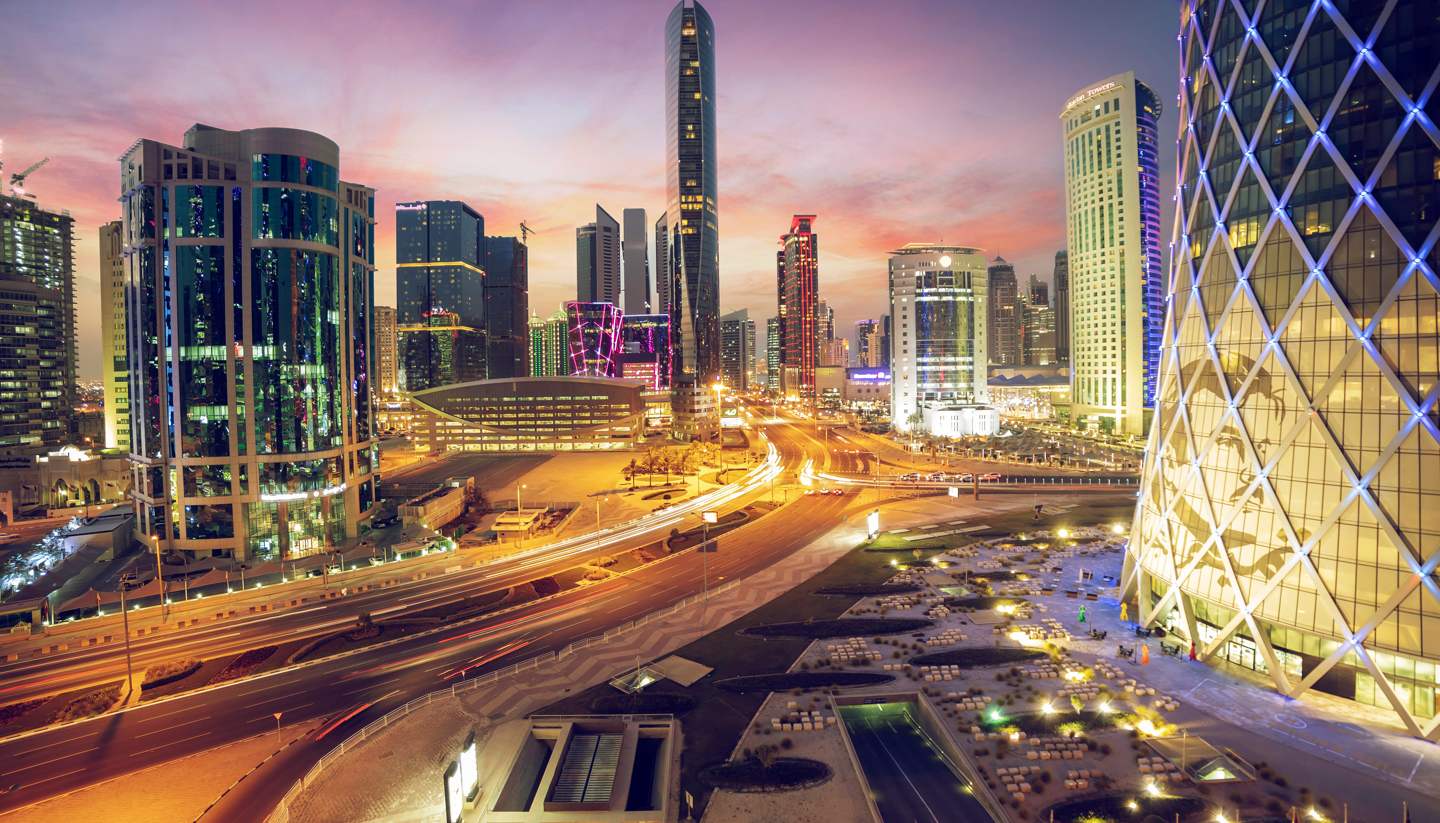 Fascinating, thought provoking and more than a little bizarre, Qatar's capital Doha combines desert landscapes with a futuristic skyline and more money than anywhere else in the world.

Its ever-growing cityscape of avant-garde architecture and flashy hotels prove it is determined to become a tourist hub to rival its neighbours in the Emirates.

Watch this space as its ambitious plans for sister 'Smart city' Lusail, come to fruition in the lead up to the 2022 World Cup.

While there is little of historical interest, its vast shopping malls and glittering architecture mean there's no shortage of things to keep visitors occupied.

What Qatar lacks in relics, it makes up for in a passion for the arts, and its deep pockets help fill its museums. A particular highlight is Katara cultural village, which offers everything from art galleries to classical musical recitals.

At first the vast shopping malls and glittering skyline may seem to have more in common with Dubai than its more conservative Arabian neighbours. However, Qatar also has much in common with the country on its southern border, Saudi Arabia.

It's this mix of rampant consumerism and religious conservatism that makes Doha such an interesting place. Qatari women, whether in western or traditional dress, are not allowed in the glittering new bars that are springing up in the Western hotels, and Friday (the most religious day of the week) is a surreal combination of mosque attendance followed by shopping sprees on Western labels and brands in the vast shopping malls. Meanwhile, a burgeoning food scene sees weekend 'brunching' becoming a popular weekend pastime.

While much of Doha is sparklingly new, some quarters still reference the Arabia of old, including Souq Waqif, where Qataris come to shop and eat just as they have done for the last 150 years.

Rebuilt in the 1970s, it's popular with tourists, but that doesn't detract from its authenticity. Locals visit the Falconry souk nearby to buy birds for their favourite sport, while the Gold Souk remains the destination of choice for couples about to tie the knot. This is the area to really get a feel for multicultural, multi-dimensional Doha – at once contemporary and conservative.

This hotel is well located for accessing the sights of Downtown Doha, and has 164 classic Arabic designed rooms and suites, meeting rooms, a rooftop swimming pool and a 335 square metre spa which includes steam and fitness rooms. Their Wednesday BBQ nights and dining at L'auberge are particularly popular. Moon Deck, their Rooftop Grill, is a pleasant place to sit and enjoy the city views.

The self-styled 'Pyramid of the Gulf' boasts 353 rooms a large pool and a waterfront setting in the West Bay area of Doha. It opened way back in 1979 so has long been a Corniche landmark but in recent years has had a large-scale refurbishment and offer spacious rooms. The conference and incentive facilities are amongst the most impressive in Qatar.

A blend of Arabic and European architecture makes for an inviting stay at this chic hotel on The Pearl. It's so vast, guests could spend their whole holiday navigating its numerous restaurants and bars, luxury Clarins spa and beach. Guests will find all the frills in the way of butler and limousine services, if that's what they're looking for. It's also home to some eye-wateringly expensive suites.

Those who are familiar with the W brand will know what to expect here – a little bit of Manhattan in the heart of the Middle East. It's well located and could just as feasibly be used by business travellers as well as trend-conscious urban socialites. The décor is sleek and modern and there are some quality dining and nightlife options.

The Four Seasons is a solid choice for a fly-and-flop few days, with a gently curving private beach and one of the best spas in Doha – across three storeys, no less. The pool areas are beautifully landscaped and there's a choice of seven restaurants and lounges. It's an upscale hotel with high-class service, opulent marble interiors and a surprisingly relaxed feel. Those with children are well catered for with a kids' club and family activities.

Those who want to be in the mix will be more than happy with this Spanish-owned hotel. Guest rooms are contemporary and spacious, and the third-floor swimming pool offers a stylish spot to cool off and relax. The award-winning Signature restaurant by Sanjeev Kapoor is its best highlight. You can also try Aceite for cheery service and sangria on tap. This hotel offers guests special entrance fees for Katara Beach and Banana Island.