I still haven’t found what I’m looking for 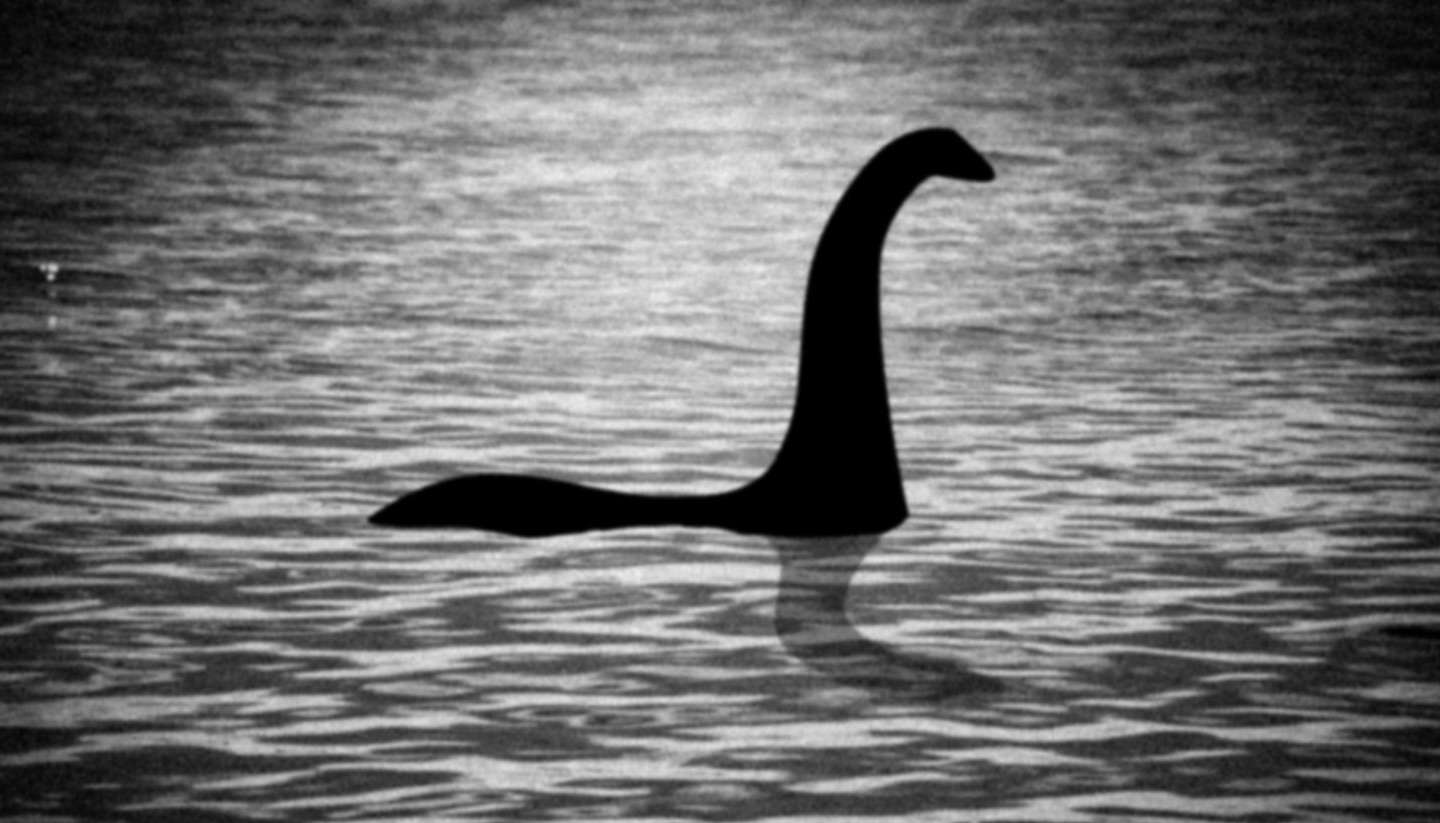 Most tourists are just searching for a towel-free sun lounger by the pool, but there are still some real mysteries out there worth searching a little harder for.

In honour of all the believers still on the hunt for that elusive something, we’ve compiled six of the best destinations to make headline-worthy discoveries.

Legend from the Deep

Old Nessie, the great scaly monster from the pages of cryptid legend, has kept green American tourists coming to the shores of Loch Ness in the Scottish Highlands for countless decades now. Claiming no allegiances to the stars and stripes himself, Steve Feltham might be the only full time Loch Ness monster hunter after he traded in his old life and moved into a van in order to tour the loch in search of Nessie.

After 25 years of searching, Steve still hasn’t seen the underwater monster, but he has been awarded the Guinness Book of World Record for the longest continuous vigil hunting for the Loch Ness monster. His van failed its roadworthiness test some years ago and is now permanently parked in The Dores Inn’s car park, so why not go pay him a visit? Just don’t forget to pack a camera – you could be the first person to capture the elusive Loch Ness monster on film. Loch Ness is easily accessible from Edinburgh. 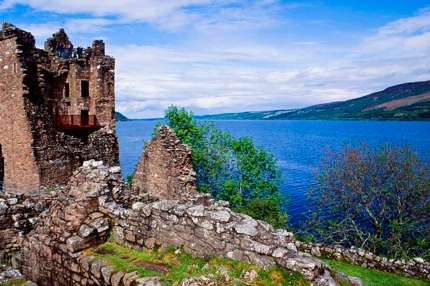 Is that Nessie poking her head out in the distance? On the far right?TT / Thinkstock

Having found the elusive Higgs Boson in little less than four years, the geniuses at CERN now have the murky world of dark matter in their sights. You can do your best to slow their scientific progress and ask for them to give you a guided tour of the place; they’re completely free and offered six days a week (Mon-Sat), and booking opens 15 days in advance.

Located in Meyrin, on Switzerland’s westerly border, an afternoon at CERN will give you a chance to get hands on with many exhibits, including a model section of the Hadron Collider and a simulation of a particle accelerator in the institute’s microcosm exhibition, newly opened in 2016. A few miles away, the breathtaking city of Geneva is the perfect weekend break destination, framed by the snow-capped Jura Alps to its north and the shoreline of Europe’s largest Alpine lake. 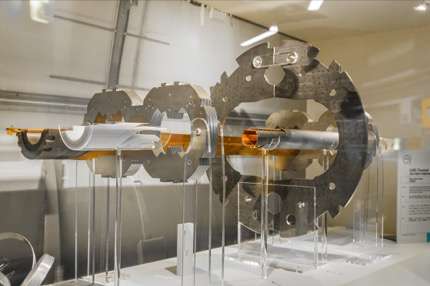 Model of the Large Hadron Collider at CERN superjoseph / Thinkstock

It turns out there is extra-territorial life out there after all, and John Mooner is living proof. The self-styled ufologist from Torquay in Devon says the west country is a hotbed of life forms not of our planet. Back in 2014, Mooner claims he was abducted by a spherical UFO in Torquay. Then in October 2016 he says he was abducted by a Pleiadian-type alien ‘woman’. Why they keep picking on poor John we don’t know, but it’s quite clear that if you’re looking for a dependable spot to see an alien being it’s all about Newton Abbot, not Area 51.

As for why, we can only speculate. "The occupants of these UFOs are looking for livestock and any other animals for genetic material," John Mooner recently told the Exeter Express. Maybe John has good reason to be bleating on about his otherworldly encounters?

Bigfoot on the right trail

Bigfoot, it seems, has a rather big stride. The mythical beast has been spotted in 49 of the 50 US states and nine of Canada’s ten provinces – plus China, Russia and Australia. The Bigfoot Field Research Organisation has been monitoring Sasquatch for over two decades now and one man of great interest to the organisation is Anthony Padilla. He claims to have seen Sasquatch several times in woods around central Michigan, and to have left out pizza takeaway meals for the mythical beast to eat, though he insists Big Foot isn’t fussy when it comes to takeaway cuisine and will happily eat Mexican or Chinese. Want to see the elusive creature for yourself?

Don’t follow Anthony down to Papa John’s, try one of the many Bigfoot spotting expeditions on offer across the US. Bigfoot Adventure Weekends (www.bigfootadventureweekends.com) and the Pennsylvania Bigfoot Camping Adventure (www.pabigfootcampingadventure.com) are reputedly two of the best. 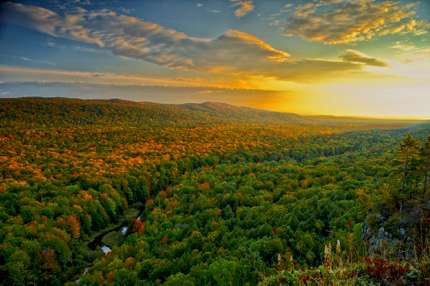 Go on the trail of Bigfoot in Michigan's forestlandPetrBednarik / Thinkstock

Before joining Anthony and friends hunting for Bigfoot, check out our United States of America Travel Guide.

A slice of the Bermuda Triangle

Also known as the Devil’s Triangle, this stretch of the Atlantic Ocean from Florida to the islands of Bermuda got its menacing reputation (and nickname) in the midst of the 20th century. Ships and planes have all succumbed to its deadly charms – and not many of them were recovered to tell the tale. At the core of the infamous Bermuda Triangle is the island from which it takes its name.

One of Britain’s 14 overseas territories, Bermuda is today more infamous a place for HMRC tax revenue to disappear than for plane wreckages to mysteriously vanish. It’s long boasted one of the highest GDP per capita rates in the world and remains a playground for the rich. Despite its reputation as a thoroughly refined travel destination, where golf courses and colonial hotels abound, recent interest in adventure holidays on Bermuda continue to surge, fuelled by bountiful opportunities for scuba diving, flyboarding and rock climbing. 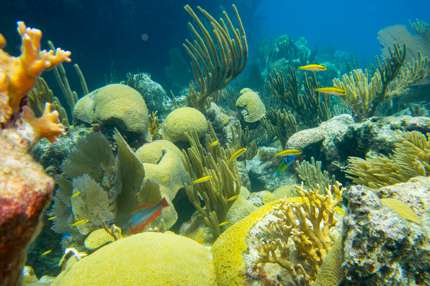 The coral off Bermuda's coastjstephenlee / Thinkstock

Ireland really is a land of folklore and mysticism. One of the island’s enduring legends and cultural cornerstones sit inside its fairy forts – all 60,000 or so of them – sprawled across the rural landscape. Relatively innocuous looking mounds, typically built up with trees around large moated rings and underground channels, these fairy forts (or raths) long ago became home to the legend of the fairies in Irish folklore – the little people with big supernatural spirits.

Many in Ireland still believe the fairy forts are entrances to another world that, if disturbed, will condemn you to years of bad luck. Still looking for a trip away with the fairies? The Grianán Ailigh in County Donegal and the Ballyalban Earthen Ring Fort in County Clare are two spots we can recommend for a supernatural sighting. 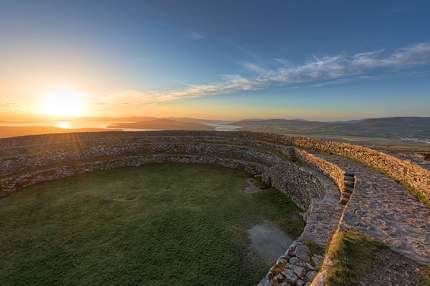 Grianán of Aileach, the fairy fort in County Donegal home to many myths and legendsCreative Commons / Gareth Wray