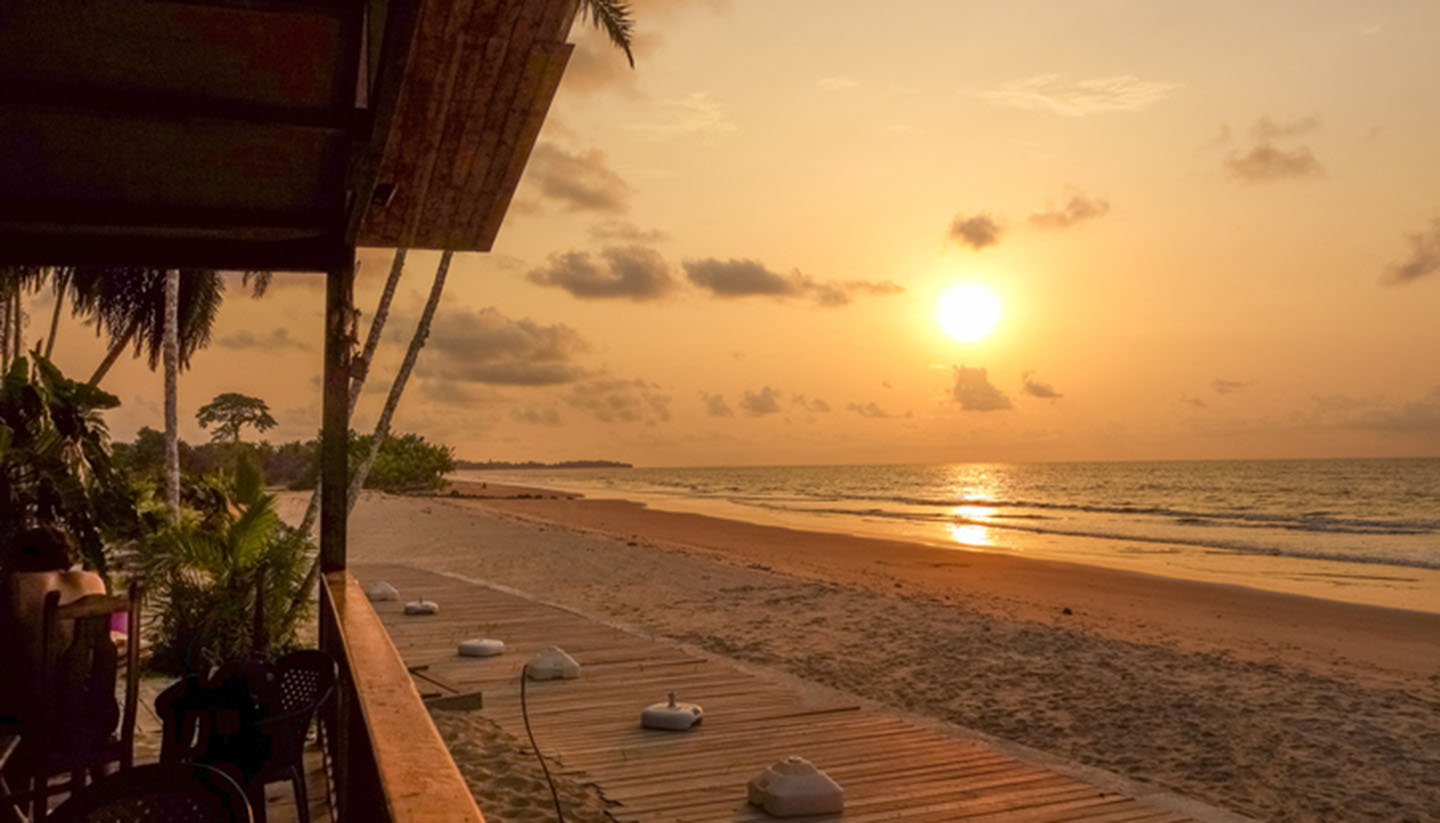 The paradox of plenty – Equatorial Guinea is Africa’s wealthiest nation on account of its huge revenues from oil, yet most of its population live in poverty.

The region was colonised by the Portuguese in the late 15th century then ceded to Spain in 1788 and, despite interventions by the British and the French in the mid-19th century, the united island of Bioko and the Rio Muni continental mass were ran as the protectorate of Spanish Guinea until 1959 when it was granted self-rule. In October 1968 Spain bowed to UN pressure and conceded full independence.

The first decade was blighted by the brutal misrule of President Macias Nguema. Backed to varying degrees by the USSR, China and Cuba, his regime presided over the alleged genocide of the minority Bubi people, the execution of thousands of political opponents, the closure of churches and the country’s economic collapse as skilled workers and foreigners fled.

Macias Nguema was tried and executed in 1979 after being overthrown in a bloody coup led by his nephew, Lt Col Teodoro Obiang. Equatorial Guinea gained international recognition and joined the CFA Franc Zone, but relations with Spain remained touchy as its aid was dependent on democratisation.

Throughout the 1980s, Obiang resisted the establishment of a multi-party system and even though a democratic constitution was declared in 1991 and the first multi-party legislative elections were held in late 1993, the government’s conduct of the election was such that the main opposition boycotted the poll.

Consequently, the Obiang-controlled Partido Democratico Guinea Ecuatorial (PDGE) won a substantial majority of seats. This pattern of malpractice has continued more or less unabated at every subsequent election as the Obiang regime routinely identifies real or perceived coup attempts.

Before the discovery of huge oil deposits in the Gulf of Guinea in the mid-1990s, Equatorial Guinea attracted little international attention. This has changed and although corruption watchdog Transparency International ranks Equatorial Guinea as one of the world’s 12 most-corrupt states, the regime remains an ally of the USA.

Did you know?
• Equatorial Guinea is the only African state in which Spanish is an official language.
• In 2014 President Obiang’s son Toedorin was ordered to surrender US assets worth more than $30 million bought with stolen money.
• Mark Thatcher, son of Margaret Thatcher, the former British prime minister, was named as a financial backer of an alleged coup attempt in 2004.

No official religion, but around 90% are Roman Catholic, with an animist minority.

Foreign visitors (especially Europeans) are a comparative rarity in Equatorial Guinea and are liable to be met with curiosity and, possibly, suspicion. Foreign cigarettes are appreciated as gifts. A knowledge of Spanish is useful.

Photography: A permit is required from the Ministry of Information and Tourism. Care should be taken when choosing subjects. Photographing the presidential palace, airports, ports, military bases and other sensitive areas could lead to imprisonment.

Spanish and French are the official languages. The main African dialects spoken are Fang and Bubi (which is common on Bioko).