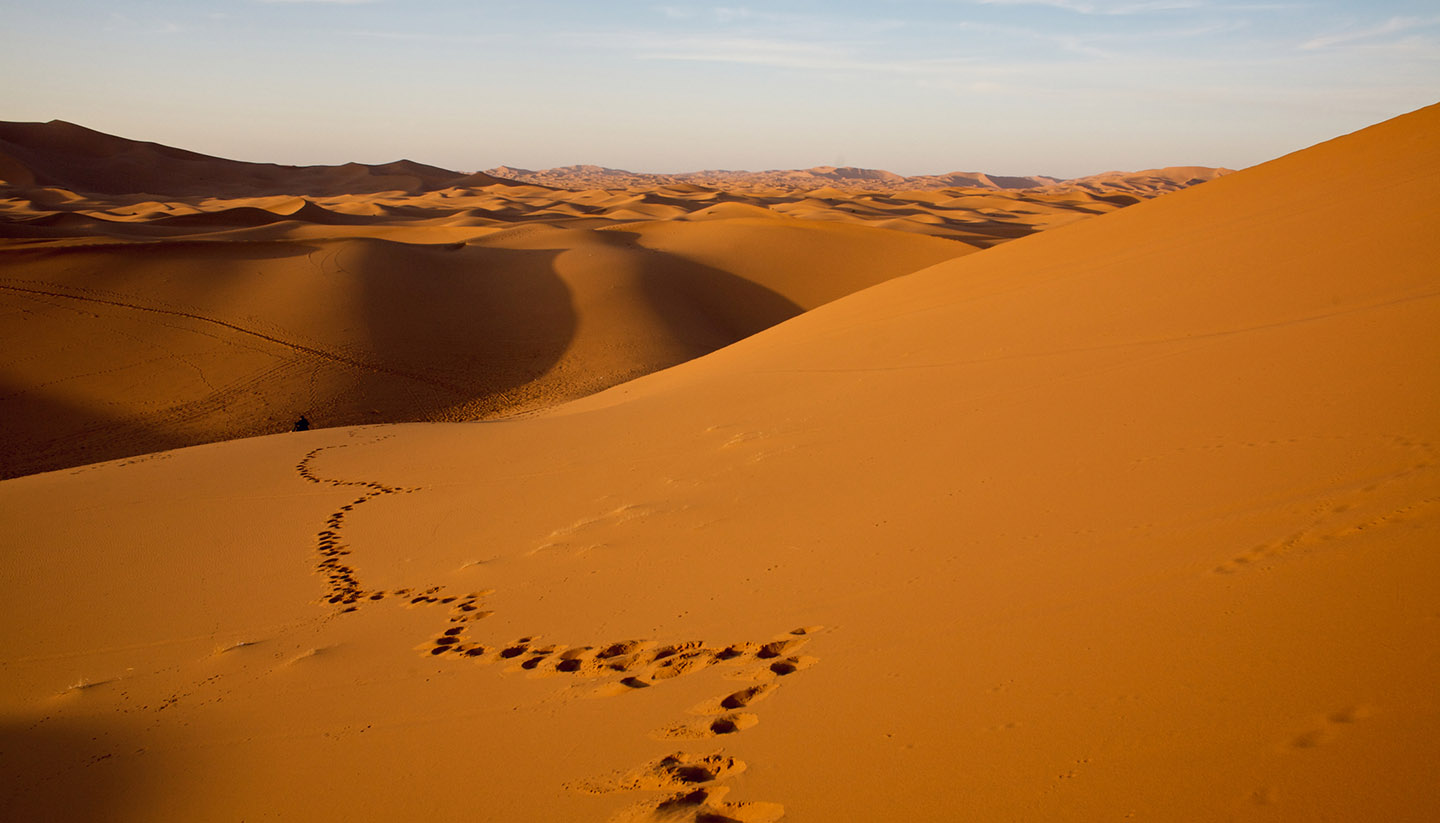 Things to see and do in Mauritania

Cool off in a desert oasis

Visit Atâr, capital of the Adrar Region, an oasis lying on the route of salt caravans. It is the market centre for the nomads of northern Mauritania and has an old quarter, the Ksar, with flat-roofed houses and a fine palm grove.

Mauritania's coast is essentially one long sandy beach that's almost devoid of vegetation, but supports an astonishingly varied population of birds. Inland, the landscape is empty desert. If you have a 4x4 vehicle it is possible to drive along the beach, tide depending.

Mauritania's best attraction is the spectacular Parc National du Banc d'Arguin. A vast area of islands and coastline located on the Atlantic coast, it is one of the world's largest bird sanctuaries and a UNESCO World Heritage Site. There are also several archaeological sites on the islands.

Discover the port town of Nouâdhibou, the centre of Mauritania's fishing industry, which is situated on a peninsula at the northern end of the Bay of Levrier. Attractions include bustling markets, the resident monk seals and a ship graveyard.

Make the most of the Atlantic

Mauritania has a long Atlantic coastline and visitors should make the most of the water. There are good spots for fishing, swimming and surfing along the coast in the west. Remote and deserted beaches can be found near Nouâdhibou, but there is a risk of landmines in the area so take local advice.

The monk seal is an endangered species and one of the last and largest remaining colonies is on the Cap Blanc peninsular in Mauritania. They are relatively large seals with adults weighing 300kg or more. If you are lucky you can see seals from the cliffs.

The capital city, Nouakchott, was created in 1960, but maintains the traditional Berber style of architecture. It lies near the sea in a desert landscape of low dunes and adjoins the Ksar, an old Moorish settlement. Don't miss the Plage du Wharf, the Ksar and its market, the African market and the camel market, the crafts centre, the Maison de la Culture and the carpet factory.

Take in some archaeological sites

Tour the Affolé and Assaba regions, south and southeast of the Tagant, via Kiffa, Tamchakett and Ayoun el Atrous, to the wild plateaux of El Agher. Interesting archaeological sites include Koumbi Saleh, once capital of the Ghana Empire, 70km (45 miles) from Timbedra.

See the UNESCO World Heritage Site at Oualata, once among the greatest caravan markets of the Sahara. A fortified medieval town built in terraces up a rocky peak, it has for centuries been a place of refuge for scholars. There is a manuscript museum with examples of calligraphy on ancient scrolls. Tirzet and its Muslim cemetery are nearby.

Take an excursion over the breath-taking mountain pass of Homogjar to Chinguetti, a holy city of Islam founded in the 13th century and now listed as a UNESCO World Heritage Site. The city has a medieval mosque and a library housing ancient manuscripts. It used to be a stopover for pilgrims on their way to Mecca but today much of the city is buried under sand dunes.