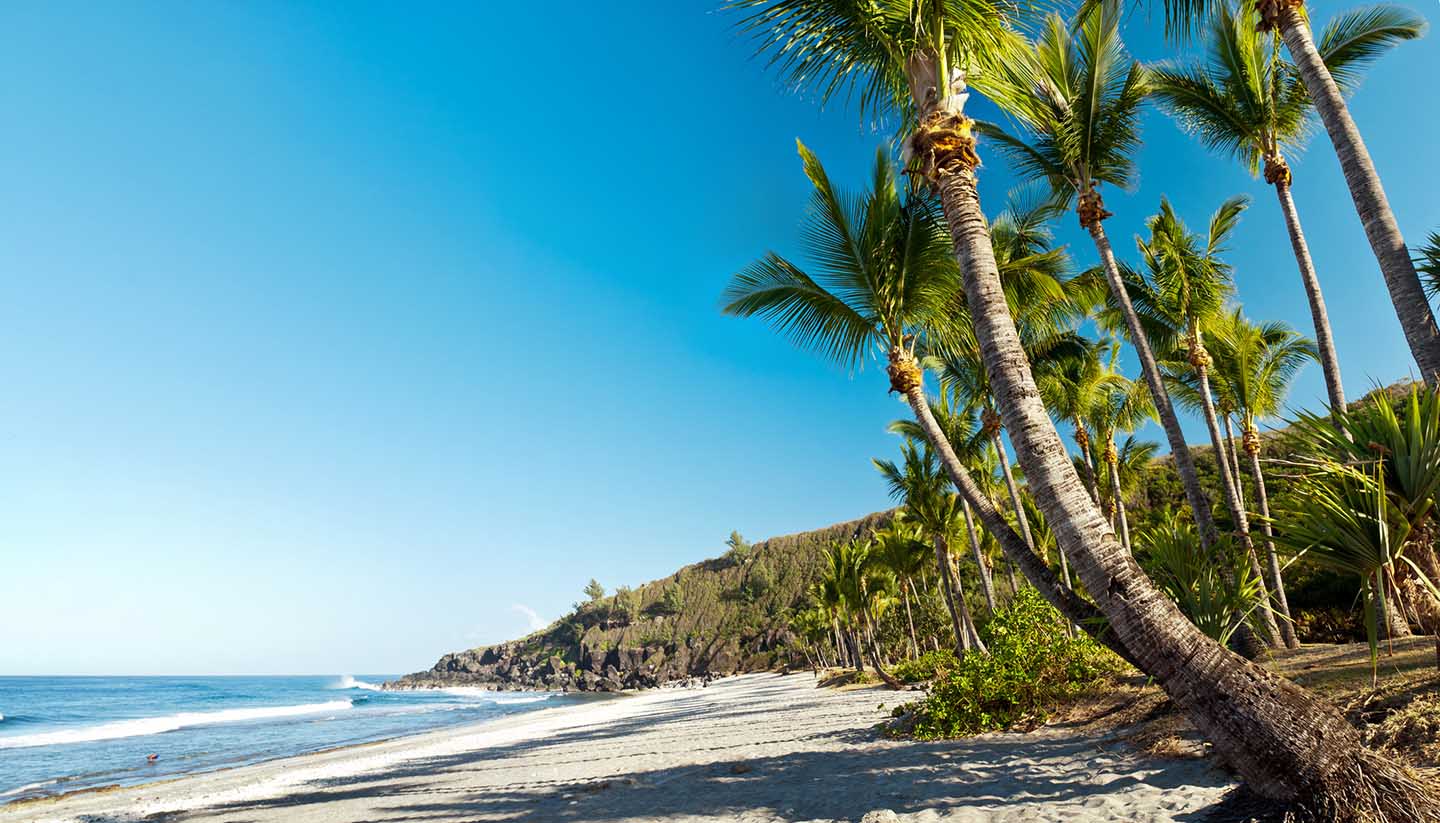 Little is known about the island prior to the arrival of the Portuguese, who landed ashore in 1513. In the 1640s Réunion was occupied by the French, who claimed the land as their own and renamed it Île Bourbon. The island was initially used to exile mutineers, before the first settlers arrived in 1665.

The island was renamed Réunion in the 18th century, during which time it became prosperous, along with nearby Mauritius, as it lay on the shipping routes carrying trade between Europe and Asia. Sugar plantations, worked by slaves imported from Africa, formed a major sector of the growing economy.

The island was ruled as a French colony until 1946, except for a five-year period from 1810 when it was snatched by the British. It was granted the status of an Overseas Department of France, under which it is an integral part of the French State, which is represented on the island by a commissioner.

Politics in recent years have been primarily concerned with internal autonomy: most people appear to favour an increase beyond the present level but very few support completely severing the historic link with France, particularly as the island is largely dependent economically on aid from the French government.

Political parties on the island include adjuncts of the main French parties, the Gaullist Rassemblement pour la République (RPR); the centre-right Union pour la Démocratie Française (UDF) and the Parti Socialiste (PS), plus the Parti Communiste Réunionnais (PCR), and some smaller local parties. One of these, the right-wing France-Réunion-Avenir (literally France-Réunion-Future) has made little headway; another, the FreeDOM party, was a political phenomenon of the early 1990s, which evolved from a pirate television station.

After the pirate broadcasters' leader, Camille Sudre, was banned from political activity, his wife Marguerite became president of the party. It has since become a permanent feature of the political landscape.

Did you know?
• Réunion is one of the outermost regions of the European Union.
• 20 December is celebrated annually as the day slavery was abolished on the island in 1848.
• The French initially named the island, Île Bourbon, to honour the fall of the House of Bourbon during the French Revolution.
• The Piton de la Fournaise volcano has erupted over 100 times since records began in around 1640.

The majority of the population is Roman Catholic, with a Muslim minority.

The islanders follow French fashion. Normal social courtesies should be observed. The immigrants from India, Pakistan and Europe have retained their cultural identities.