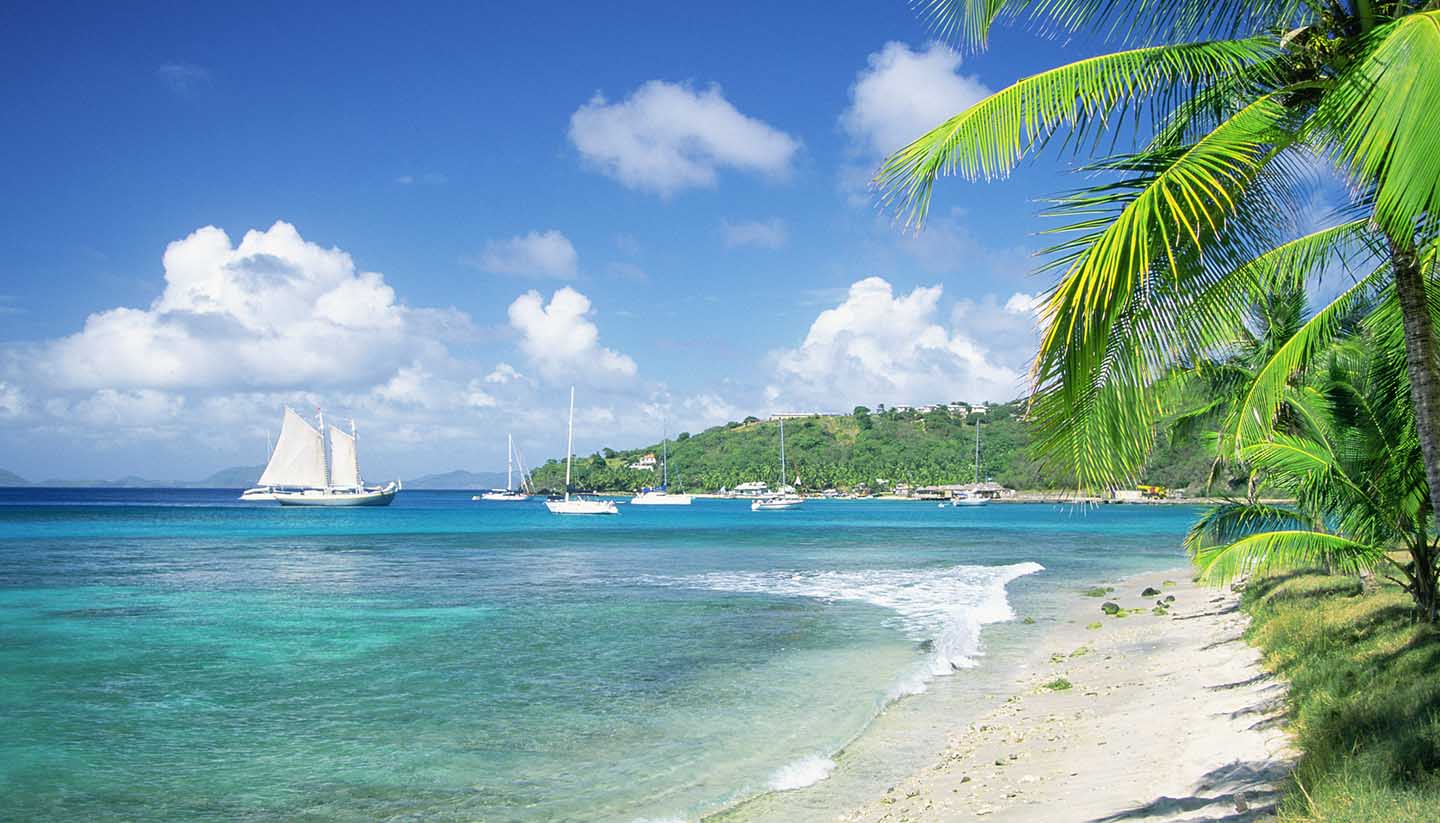 Introducing St Vincent and the Grenadines

St Vincent and the Grenadines History, Language and Culture

History of St Vincent and the Grenadines

By the time St Vincent was discovered by Christopher Columbus in January 1498, the island had been occupied for nearly 200 years by Carib Indians from South America, who had subjugated the original Arawak Indian inhabitants. The island remained a Spanish possession until 1627, when it was granted to the British Lord Carlisle. However, the Caribs fought furiously to keep possession of it. In 1783, the Treaty of Versailles restored St Vincent to Britain, after the French had temporarily taken it. Carib resistance was finally crushed in 1795, after which the settlement of St Vincent proceeded on more conventional lines. During the late 19th and 20th centuries, St Vincent endured a series of natural disasters: in 1812, the first recorded eruption of the La Soufrière volcano, during which many lives were lost; in 1896, floods; two years later, a hurricane; and in 1902, the second eruption of La Soufrière, killing 2000 inhabitants.

The next eruptions, neither of which caused loss of life, occurred in the 1970s. Soon after World War II, the right to vote was extended to the entire adult population, after decades of restriction. This was an essential preparatory move towards independence the key issue of the day. For small Caribbean islands like St Vincent & the Grenadines, a variety of proposals were studied during the 1960s, leading to St Vincent's adoption of Associate Statehood with the UK in 1969. Under this agreement the island was internally self-governing, while London looked after foreign and defence matters. It also gave St Vincent the right to declare full independence at any time, which it finally did in October 1979. The viability of St Vincent as a nation state has been the subject of constant debate ever since.

In 1992, the New Democratic Party (NDP) administration of James Mitchell committed itself to the pursuit of a limited political and economic union with three other countries in the region St Lucia, Dominica and Grenada. The NDP remained in power for almost two decades. It was finally ousted in March 2001, when the United Labour Party won an absolute parliamentary majority. The new premier was ULP party leader Ralph Gonsalves, a former lawyer known to many as 'Comrade Ralph'. Under the new government, St. Vincent joined the Non-Aligned Movement in February 2003 and, later in the year, introduced anti-money laundering measures which ensured its removal from a 'blacklist' of countries which had failed to take sufficient measures to deal with the problem. Gonsalves won a second term in office in the December 2005 elections.

St Vincent and the Grenadines Culture

Religion in St Vincent and the Grenadines

Social Conventions in St Vincent and the Grenadines

The Vincentians are fun-loving and easy-going people, and the informal and relaxed lifestyle combines many English influences with West Indian. All visitors are made welcome and casual wear is widely acceptable. Refrain, however, from wearing beachwear or mini shorts on the streets or while shopping.

Language in St Vincent and the Grenadines

English is mostly spoken as well as some French patois.