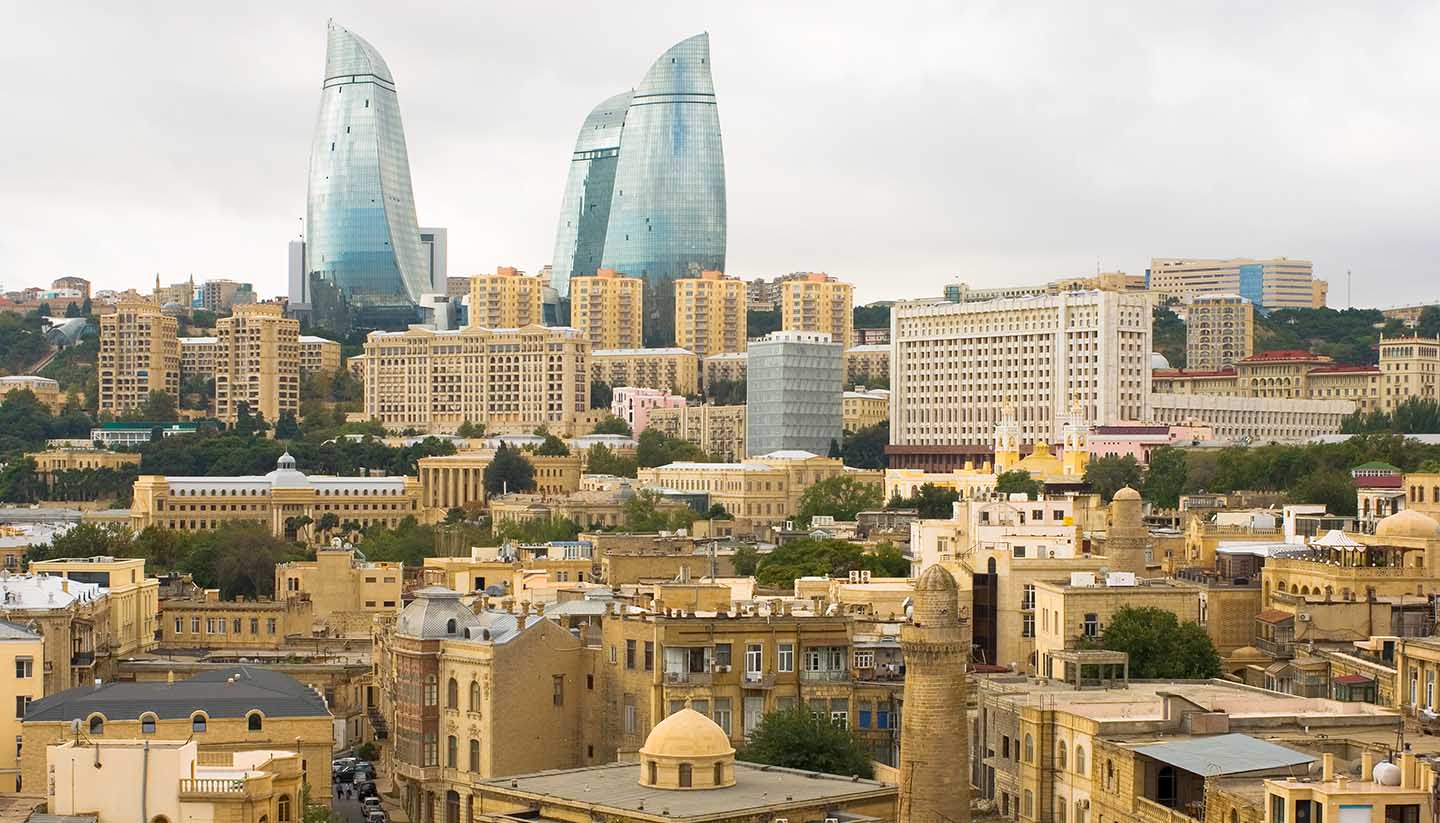 The original ‘East-meets-West’ destination, Azerbaijan sashays between space-age cityscapes and Arabian Nights exotica, taking in some of the most extraordinary landscapes in Caucasia en route.

Sitting at the crossroads between Europe and Asia, this former Soviet Republic is marginally bigger than Ireland, yet boasts an astonishing variety of natural wonders – from snow-capped mountains and bubbling mud volcanoes to sandy deserts and subtropical forests.

The northern hinterland is arguably the prettiest region thanks to the Caucasus Mountains, which rise to the misty heights of 4,466m (14,652ft). These lofty peaks are home to bears, wolves and leopards, not to mention nomadic shepherds, who move their flocks up and down these mountains in search of fresh pastures, as they have done for thousands of year.

Meanwhile, along the boulevards of downtown Baku, nouveau riche residents butterfly between expensive boutiques. The capital’s exclusive shops, modern architecture and luxury hotels – spoils of Caspian Sea oil – jar somewhat with the UNESCO old town, not to mention the poorer communities outside Baku. Visitors may feel the black gold bounty is not benefitting everyone.

Though oil has transformed the economy in recent years, Azerbaijan has always been of strategic importance. Nestling on the shores of the Caspian Sea, the camel caravans of the Silk Road once passed through the land, which, over the centuries, has been incorporated into the Persian, Turkish and Russian empires.

Today Azerbaijan is a sovereign state and, although Islamic, the mood is determinedly secular. Alcohol is not only readily available, but proudly produced; grapes have been cultivated here for millennia, and local vineyards are developing some excellent wines. Azeri cuisine is also enjoying a renaissance thanks a profusion of new eateries popping up in downtown Baku.

Sounds like the next big thing, then? Not quite, but the government has ambitious plans to boost tourism to Azerbaijan. Go while it’s relatively quiet.