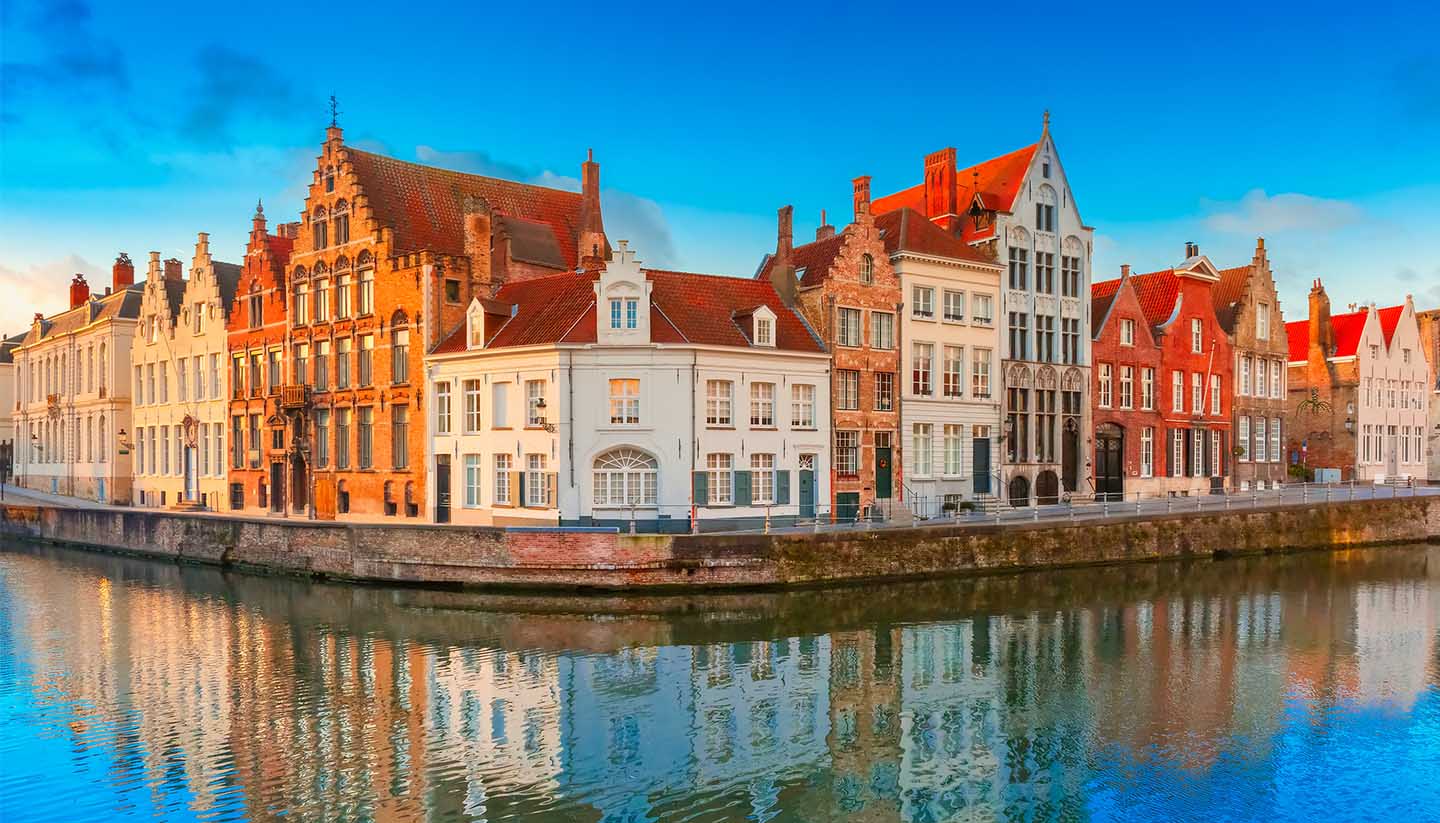 Pint-sized Bruges has been punching above its weight for centuries. The diminutive Flemish city has achieved great things economically and culturally and remains one of the most popular destinations in Europe as a result.

Its achievements have largely been attributed to its links with the sea, which have been exploited since the 2nd century AD when Gallo Roman settlers began using them to trade with Britain and the rest of Gaul.

The Franks took over the region in the 4th century and plied their trade through the port, which was raided by the Vikings in the 9th century. Bruges got off lightly thanks to its sturdy Roman fortifications and the port quickly resumed trading. It was around this time that the name Bryggja first came about, which means ‘Landing Stage’ or ‘Wharf’ in the Old Norse language.

After successive centuries of growth, Bruges entered a golden era and by the 15th century it had become the most important trading centre in Western Europe. As Bruges prospered, the Royal House of Burgundy took up residence in the city. It also became an artistic hub, with painters such as Jan van Eyck and Hans Memling finding their creative niches in the city, helping the fine arts scene flourished.

But when the Burgundians left in 1482, the city declined and lost much of its business to Antwerp. Luckily, the city was thrown a lifeline in the 17th century courtesy of the lace industry.

During this time, Charles II of the UK used the city as a base for his court in exile. However, this brief period of prosperity was a false dawn; the recovery stalled and Bruges became impoverished and lost three quarters of its population.

In the end, it was a novel that revived the city’s fortunes with Georges Rodenbach's 1892 book Bruges-la-Morte sparking international interest in what had become a long-forgotten backwater.

As visitors flocked to Bruges, the city reclaimed its past glories with the development of a new port at Zeebrugge in 1907, which continues to expand today.

Did you know?
• Bruges is home to the world’s oldest stock exchange.
• The city’s Old Town became a UNESCO World Heritage Site in 2000.
• Madonna of Bruges was the only sculpture made by Michelangelo to leave Italy during his lifetime.

Opulence abounds in the 20 large and lavish rooms of this lovely boutique hotel, housed in a former 15th-century monastery. Those facing the picturesque canal have some of the best views in town. If you can tear yourself away, the lounge bar has a warming open fire in winter, or you can enjoy afternoon tea in the elegant winter garden.

This hotel has an interesting history, as it was a monastery from the 17th century, but is now a classified building. With a buffet breakfast, a restaurant, bar, free Wi-Fi, and room service, guests will be delighted with their stay and wish for more. Located in the “Venice of the North”, a UNESCO World Heritage site, NH Brugge is a convenient and enjoyable place to stay.

Ensor is a family hotel, located in Bruges’ Old Town, in a quiet area alongside a typical Bruges canal. With 12 rooms, it’s a small but comfortable hotel. The hotel is just a short walk into town and not far from the train station either, so the location is convenient as well. Described as a budget hotel, if needed you can attempt to email directly and lower the rates.