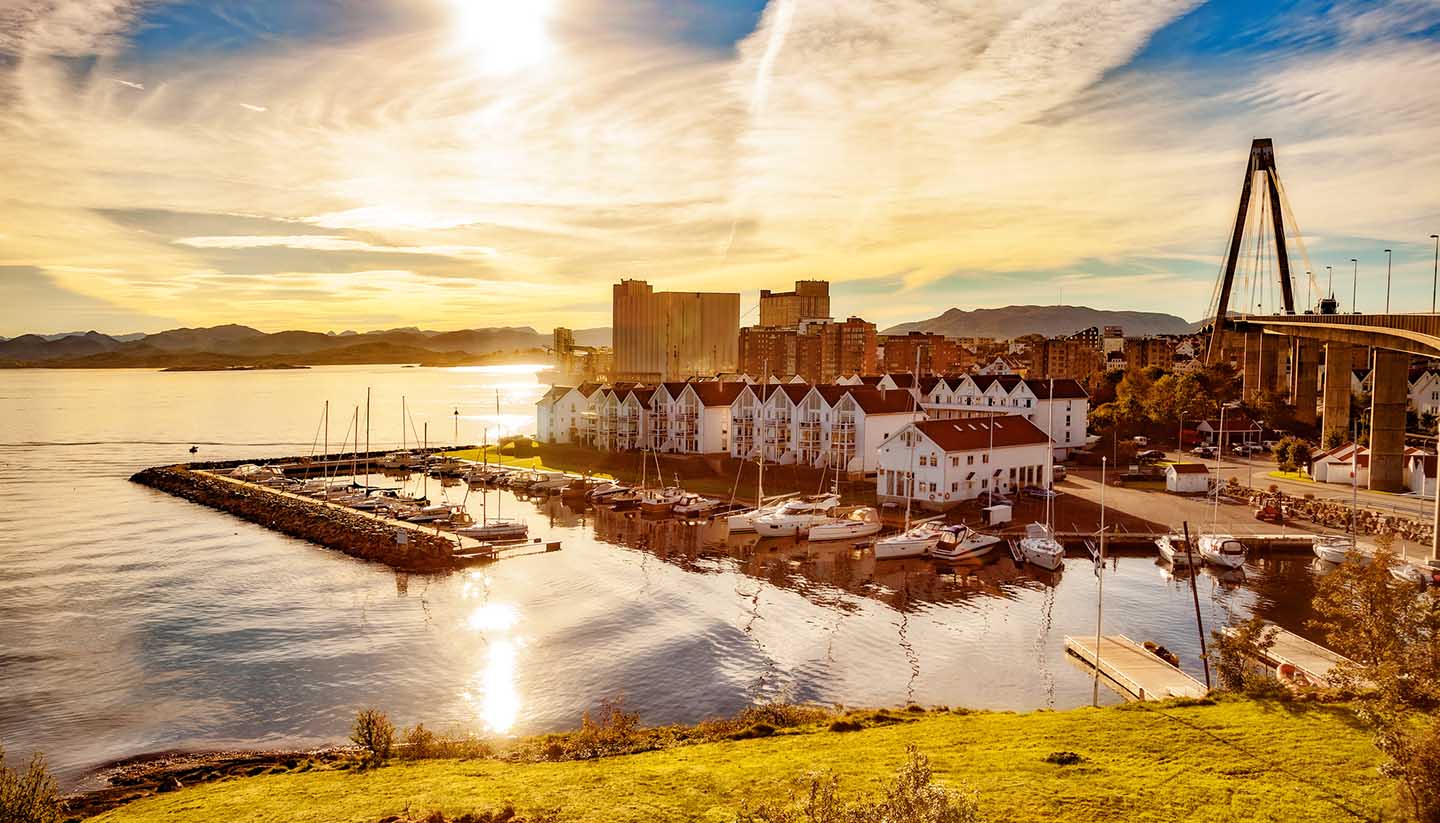 the IDs1397Stavanger Airport
Places in Stavanger

An insignificant fishing village for much of its history, Stavanger first entered the history books more than 10,000 years ago. Fiercely independent, it was ruled by a long line of local chieftains throughout the Viking era, although things didn’t always go to plan. Notoriously lawless, it took an invasion by Harald Hårfagre (Harold Fair Hair) to restore law and order, with the Viking king defeating an alliance of chieftains and putting paid to their rule.

Fairhair’s victory was instrumental in the founding of what was to become the kingdom of Norway. But Norway’s – and Stavanger’s - independence was to prove short-lived and in the 15th century, the country became a junior partner to Denmark when it entered the Kalmar Union. Not long after, it became a fully-fledged province of its smaller neighbour, a state of affairs that would continue until 1905.

Nevertheless, the city continued to develop under Danish rule, becoming a bastion of the Catholic Church and welcoming monks from all over Europe to its doors. When the Reformation hit in the 15th century, it hit hard in Stavanger, and the city was plunged into a period of decline again.

It was the herring industry that finally put Stavanger on the map in the 19th century, crowding its wharves and quays with net makers and menders, canneries and coopers. When the fishery failed (the herring is a notoriously fickle fish), the burgeoning town moved into shipbuilding, making use of its abundant supplies of timber.

The arrival of the ironclad ship spelt the end of that industry, but, after a few years on the skids, Stavanger was redeemed by North Sea oil. Today, the city builds the rigs for the offshore oilfields, refines the oil and is now one of the wealthiest conurbations in the world. So Stavanger is a city that really did have the last laugh.

Did you know?
• Writer Alexander Kielland was born in Stavanger and, with Henrik Ibsen, Bjørnstjerne Bjørnson and Jonas Lie, is considered one of the four greats of Norwegian literature.
• Stavanger Cathedral is the oldest in Norway, finished around 1150. It burned down in 1272 and was reconstructed in the gothic style.
• Old Stavanger’s 150 timber houses are among the oldest wooden buildings in the world.

Overlooking lake Breivannet, this large, medium-range, tower-block hotel has over 200 modern rooms plus a gym, sauna and solarium. The city's shopping and cultural venues are just a few minutes' walk away.

With its perfect location down by the harbour, this delightful modern Stavanager hotel was built in the style of an old warehouse to blend in with its surroundings. The rooms are tastefully decorated and the buffet breakfast excellent. The hotel has a Turkish steam bath, sauna, sun beds and a fitness room. There is also a nice coffee corner selling hot drinks and international newspapers.

A moderately priced hotel down by the main harbour, this unassuming place has about 30 en suite guest rooms decorated in a neat and trim modern style with comfortable beds, TVs and private bathrooms. The hotel bar can be a fun place to socialise, as it has become something of a meeting place for locals and hotel guests alike.

Located in a residential area just five minutes' walk from the railway station this friendly hostel-style B&B has around 20 frugal but very clean rooms most of which have showers and sinks but shared WCs. Every night guests gather for complimentary tea coffee and waffles – and a very pleasant evening it is too with travellers sharing tips and gossip. Free parking and Wi-Fi too. One of the best cheap hotels in Stavanger.

With its 215 large and well-appointed guest rooms, this is one of Stavanger's larger accommodation options, and stands close to the Old Town. The hotel offers complimentary high-speed and wireless internet access throughout the premises. Facilities include a gym and sauna.

At the starting point of the two-hour hike to the remarkable Preikestolen (Pulpit Rock), this new mountain lodge has 27 en suite rooms, each of which is comfortable and in tip-top condition. There's a café, a restaurant and a lovely lounge with wide views plus a roaring fire in winter.