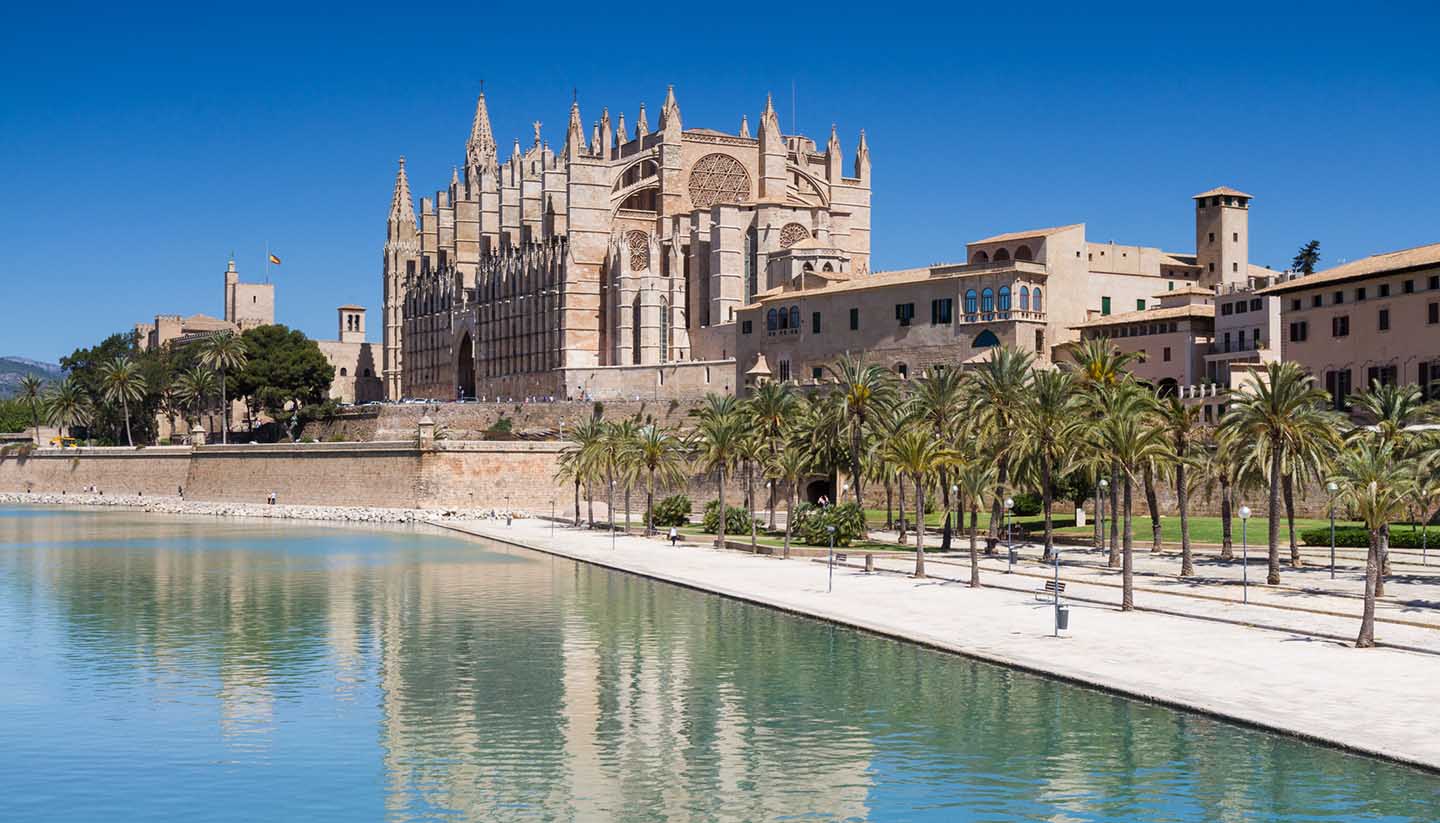 First occupied by the Romans, Palma de Mallorca came into being in 123BC under Quintus Caecilius Metellus Balearicus, after whom the Balearic Islands are named.

The Romans developed Mallorca, encouraging salt mining and olive cultivation as they went. As the Roman Empire crumbled, Palma, renamed Medina Mayurqa, became part of the Byzantine domain in 534 and was administered as part of Sardinia.

Almost two centuries later, the island was attacked by the Moors from North Africa and it was eventually conquered by the Caliphate of Córdoba.

A new era began in 1015 when Mallorca came under the rule of the Taifa of Dénia, remaining an independent Taifa for over a century. Finally in 1229, King James I of Aragon re-conquered Mallorca and the other Balearic islands, incorporating them into the Crown of Aragon.

A backwater for much of the succeeding centuries, Palma was untroubled by major disasters or major successes until 1891, when a disease struck the island’s vineyards. Many were left destitute, and as a result, Palma was denuded of citizens as thousands immigrated to the New World.

Palma then became a Nationalist stronghold during the Spanish Civil War and the scene of a major battle that flattened much of the town. The eventual victor, General Franco, remembered the island’s loyalty and as a reward, he initiated a building boom in the 1950s and 60s, much of which took the form of high rise hotels.

While nearby Magaluf was completely transformed, Palma managed to avoid the worst of the building, with its ancient centre, complete with cobbled streets and Moorish courtyards, kept intact.

Palma has become the most popular tourist destination in Spain, with more than 22 million passengers passing through tiny Palma airport each year. Major urban redevelopment projects have brought further riches to the town, as well as an influx of migrant workers. Today, the tiny city is one of the most cosmopolitan in Spain.

A product of contemporary style and chic architecture, this ultra-modern design hotel draws a trendy crowd to its funky interiors, hip bar and a small rooftop swimming pool. Originally an 18th-century town palace, Puro has been transformed into an oasis where new-age luxury meets Spanish history. The hotel's Opio Bar and Restaurant is also a popular nightspot for a stylish crowd.

Originally a property of Mallorquin nobles, this elegant, family-owned Renaissance townhouse near the cathedral contains 14 tastefully decorated rooms. Most of its sleeping quarters, featuring chandeliers, canopied beds and tapestries, are centred on a citrus-shaded courtyard. Check in to the penthouse suite, which has a terrace, a Jacuzzi and views of the cathedral.

Fusing stylish urban designs with rustic traditional architecture, this hotel is an excellent representation of modern-day Palma. As its name suggests, it is also a fully equipped spa, so be sure to check out its Jacuzzi, sauna, and steam bath too. There's also a rooftop terrace with sunbeds.

With good-value facilities for budget travellers, this guesthouse has long been one of the top economical accommodation choices in Palma. Set in the heart of La Lonja, amid a myriad of bars, cafes and museums, Hostal Apuntadores has an excellent location to boot. One of the biggest draws of the hotel is its roof terrace with arguably Palma's best view.

Just off the sea front and two minutes away from the Cathedral, Palau Sa Font is a small, atmospheric hotel converted from a 16th-century episcopal palace. Rooms are on the small side, featuring minimalistic designs and soothing pastel colours, but the rooftop swimming pool is cosy and private.

The city's most exclusive luxury hotel is housed in an opulent 16th-century palace. Located at the heart of Palma's historical quarter, Palau Ca Sa Galesais is just a few steps away from the cathedral. The palace has just 12 rooms, all of which are designed differently, and each named after a famous musician.