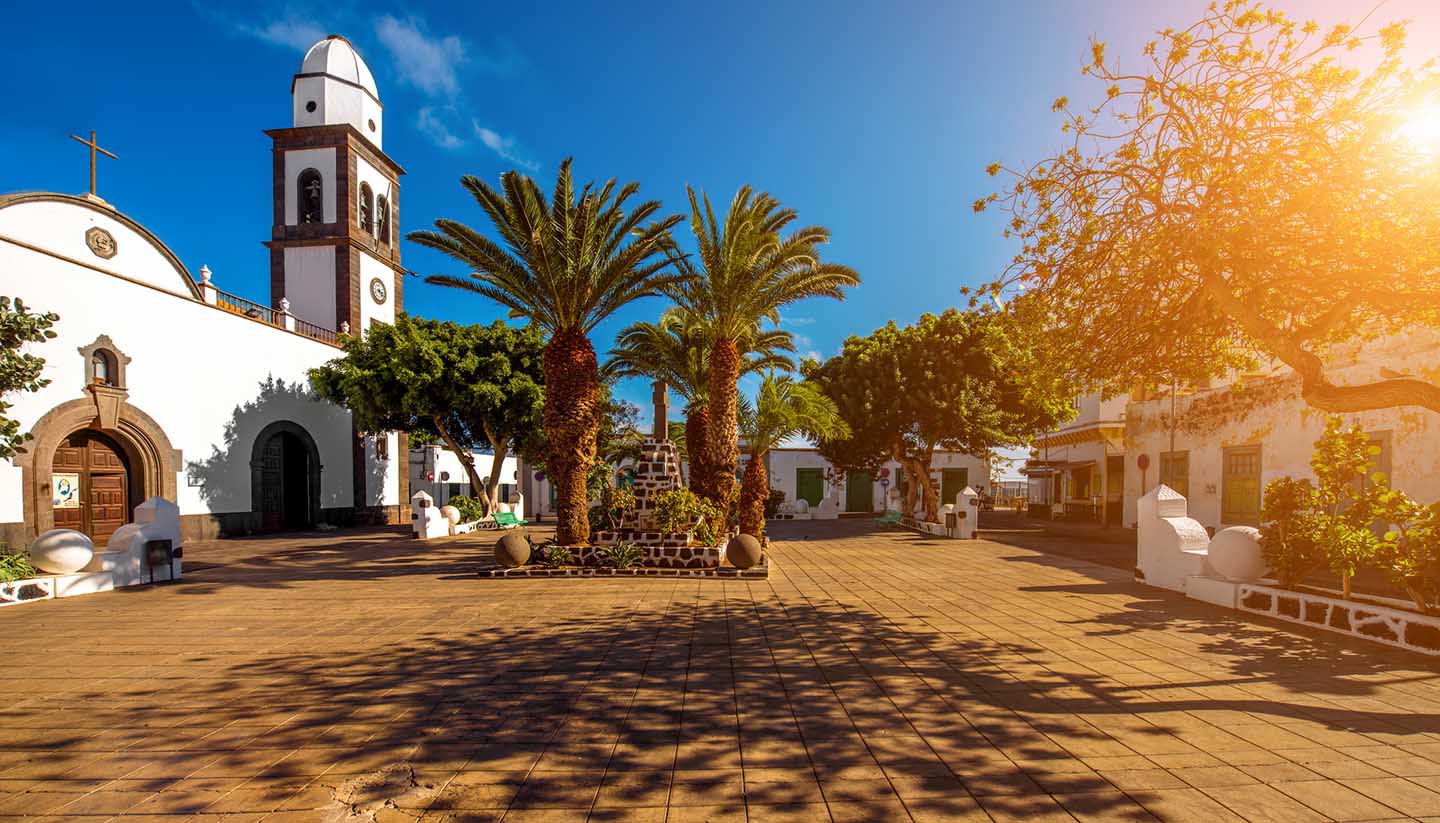 All of the seven Canary Islands have their own airports. Lanzarote Airport – also known as Arrecife Airport – is located 5km (3 miles) south of Arrecife. Inter-island travel is served by Binter Canarias (www.bintercanarias.com) and Canaryfly (www.canaryfly.es).

Roads in Lanzarote are generally a joy to drive on with very little traffic (outside of Arrecife) and long straight runs. Signposting is clear and it's quick and easy to navigate the entire island. The main thing to watch out for are the hordes of cyclists and runners you'll encounter along the way.

Two motorways (LZ1 and LZ2) link Arrecife with north and south along the eastern coast and are of a good quality and well maintained. Good quality B roads connect the rest of the island to the motorways with just one road, the LZ67, running through the outskirts of Timanfaya.

Several major car hire companies are represented at Lanzarote Airport and in the main urban centres. Car hire is good value for money on the island and most cars are less than two years old. Drivers must be over 21 to hire a car and you will need a passport, driving licence and credit card.

Taxis are metered, reasonably priced and widely available at the airport, in Arrecife and at all the main resorts.

Bicycles are more popular than cars on Lanzarote and bike hire is available all over the island. With many flat, open roads, cycling is a cheap and healthy way of getting around, but be prepared for some major ascents if you head north or into the central part of the island. Riders of motorcycles over 75cc must be at least 18. Crash helmets are compulsory.

Two red hazard triangles and a reflective vest or jacket must be kept in all vehicles – the latter in the car, not in the boot. Parking laws are rigorously enforced and towing is prevalent. The speed limit for motorways is 120kph (80mph). In built-up areas it's 50kph (30mph) and on other roads it's 90kph (56mph).

There are fixed speed cameras between Arrecife and Playa Blanca on stretches where the speed limit is down to 100kph (62mph) and mobile speed traps are common. Front and rear safety belts are compulsory. Drink driving is a serious offence in Lanzarote. The legal limit is just 0.25%, equivalent to less than one pint of beer.

Most foreign licences, including Canadian, EU and US, are accepted. Minimum third party insurance is compulsory. An original driving licence and proof of identity must be carried in the car at all times.

The main resorts are relatively compact and easily navigable on foot with good parking options, often free of charge. For longer journeys metered taxis are readily available and taxi ranks abound. The public bus service is a cheap way of getting around and you can buy a Bono discount card for €2 and top it up with a minimum of €10 and it will give you 20% discount on all journeys. Ideal if you plan to use the bus a lot.

There is no rail network in Lanzarote.

There is also a ferry between Orzola and the island of La Graciosa, which is operated by Lineas Maritimas Romero (tel: +34 928 842 055; www.lineasromero.com).