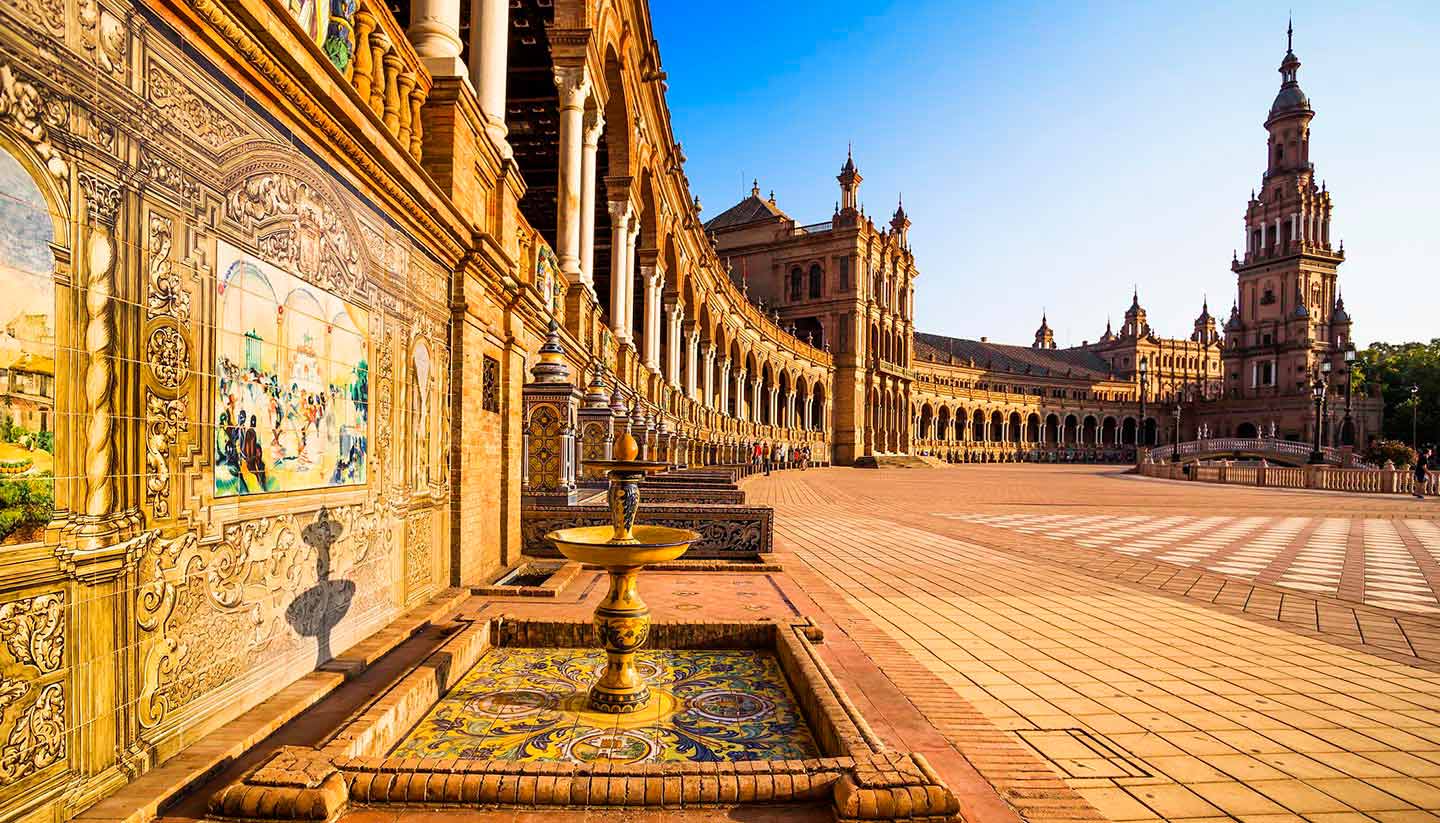 As the heart and soul of Andalusia, Seville has an abundance of Spanish restaurants, recognised for their authentic, local fare. However, the city’s gastronomic scene is diverse. From traditional Andalusian taverns to modish fusion cuisine, take your pick from Seville’s versatile kitchen.

The Seville restaurants below have been hand-picked by our guide author and are grouped into three pricing categories:
Expensive (over €40)
Moderate (€15 to €40)
Cheap (up to €15)
These Seville restaurant prices are for a three-course meal for one, including half a bottle of house wine or equivalent. Spanish VAT (IVA) of 7% is included in all menu prices. A 5% tip is customary.

As one of Seville's finest and most exclusive restaurants, Egaña Oriza serves smartly-presented Basque cuisine. Blending classic and contemporary fare, this restaurant has gained a loyal following thanks to the ingenious creations of its head chef. Situated in a beautiful glass house, the restaurant is designed with modern touches and an elegant flair. In summer, the terrace makes for some idyllic alfresco dining.

While El Giraldillo might not be located in the Giralda tower itself, it prides itself on having the best view of the tower in the city. Known amongst the locals as the perfect date night setting, El Giraldillo’s winning recipe is not just its prime location in front of the city’s most important monument but also its inpalpable seductive ambiance. By night, its terrace shimmers under the rays of the golden-lit Giralda. Dishing up delectable Andalusia fare, El Giraldillo gives new meaning to hedonistic dining.

Perched at the crossroads of the Plaza del Pan and Calle Alcaicería, this tapas bar has been a timeless favourite since its opening in 1925, and is widely considered to be one of the best tapas bars in Andalusia. Its head chef creates an innovative fusion of Catalan and Andalusian cuisine, resulting in original and flavourful tapas and raciones (platters of medium portions). Don't miss trying the manchego cheese with caramelized Granny Smith apples.

For a taste of Sevillano flavours and flair, Corral del Agua whips up the best in town against the backdrop of a leafy, Eden-like garden and rustic, country-style interior. Within the converted 18th-century house, bohemian decoration and paintings create an amorous setting while outdoors, a marble fountain and an ancient well add dreamy touches to the verdant open-roofed patio. The menu features traditional Sevillan cuisine such as Andalusia-style oxtail, salmorejo (cold soup) and beef steak cooked with brandy.

Nowhere is Seville is the city’s tapas revolution more evident than here, a small and trendy bar decorated with old fashioned cans of tinned soup and boxes of tea. It’s so popular that people are practically falling out of the doorway. Chalk your name up on the blackboard as soon as you arrive, so you don’t have to stand around too long, but even if you do it will be worth the wait. Expect modern fusion tapas such as mini burgers, small woks of stir-fry, crisply salmon and desserts served in small glass jars.

Splashed in fresh paint and furnished with polished teak, the tapas bar/restaurant exudes a chirpy yet classic look. A representation of modern Andalusian taverns, Bodega Antonio Romero boasts a melange of old and new – both in design and food. Its extensive menu of tapas is impressive, among which standouts include morcilla de higado (liver blood pudding) and buñuelos de coliflor (deep-fried cauliflower fritters).

There is no other establishment that says Seville more than Casa Carmelo. A charismatic cafeteria/restaurant in the Santa Cruz district, Casa Carmelo is a perfect spot to reminisce about the past. Its walls are covered completely with old photos and paintings, while shelves are packed with antique televisions and fans. Walk down memory lane with Casa Carmelo’s gregarious owner as he amuses you with his childhood stories. Its delectable menu of tapas is not exactly extensive but prices are very affordable.

It may not look like much from the outside, but this small tapas bar-cum-restaurant serves some of the best seafood in the city. It’s a particular favourite with locals and run by friendly staff that are happy to recommend dishes and explain what’s on offer. Particularly good are the sole, sea bream and razor clams.