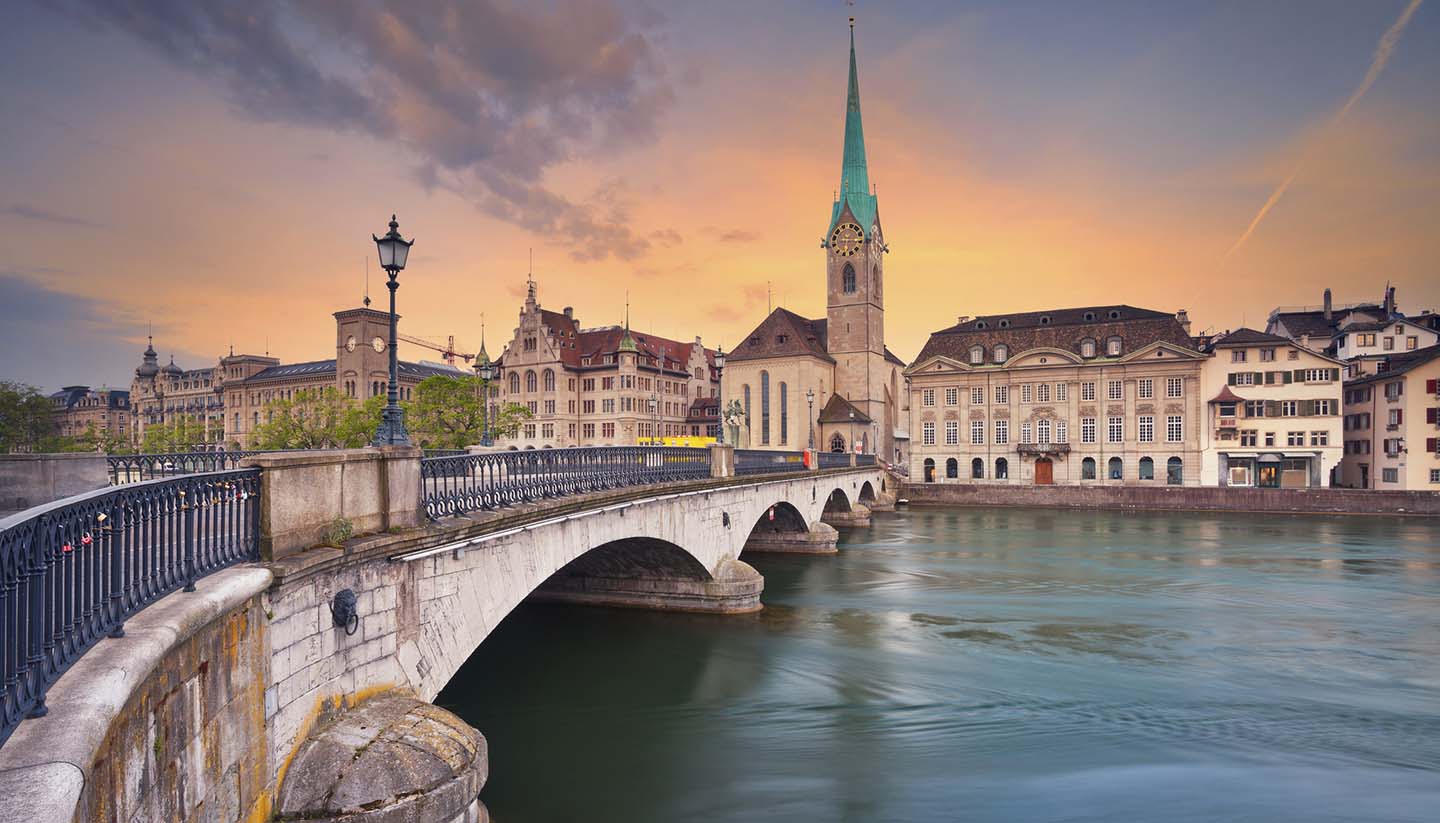 The most popular place to seek out nightlife in Zurich is the Old Town, on the left bank of the River Limmat, with many bars and cafés tucked away on the side streets such as Niederdorfstrasse and Oberdorfstrasse. New bars and clubs keep opening up in the city, especially in the fourth and fifth districts known as Zurich West, around Langstrasse and Escher-Wyss-Platz. The majority of bars and clubs close around 0200 but some stay open until 0300 or 0400.

Information on club nights and performances (as well as theatres, concerts and opera) is listed in Züri Tipp, published in Friday's Tages Anzeiger (www.zueritipp.ch). Tickets for cultural events are available from Jecklin, Rämistrasse 30/42 (tel: (044) 253 7777; www.jecklin.ch) and TicketCorner (tel: 0900 800 800; www.ticketcorner.com).

This über-trendy, stylised bar in the Niederdorf area of the Old Town provides a low-lit, funky atmosphere for its hipster regulars. They come for its sophisticated range of delicious caipirinha-inspired cocktails and an extensive line-up of bottled beers. But as you’d expect in a Swiss city centre, drinks don’t come cheap. The bar is also well known for its music – its soundtrack of electronica is appropriate in a city that hosts annual techno-fest, Street Parade.

If you don't like gin, Dante may not be for you. The selling point of this Langstrasse bar is its remarkably vast menu of gins and gin cocktails, served by knowledgeable and helpful bartenders who are only too pleased to recommend something to suit your tastes. Ideal for starting a night among the bars of hip Zurich West, it's a dark and atmospheric little place increasingly popular with the city's trendy crowd. It gets busy on weekend evenings, when it stays open until 0200.

The big draw here, if you hadn't guessed, is the view. Located on the 11th floor between the Brasserie Lipp and the Urania Observatory, it affords drinkers some great wraparound vistas of the city. It's a classy nightlife spot too, proven by its lengthy wine and cocktail list. Things can get a little crowded, but there's fun to be had in checking out the various design nods to Jules Verne himself.

Bar Enge attracts young and old alike for after-work beers on weekdays. Or enjoy the bar's Indian lunch buffet. The bar is closed on weekends. Best of all: You can choose your favourite music. Great drinks and a friendly staff round off the perfect image of this popular place.

Zurich is a city in love with electronica, but that's not all there is. If you prefer your beats a little more retro, head to this Langstrasse club for pop, rock, funk, soul, punk and Motown. It doesn't look much from the outside (it's next to a kebab shop), but through the doors there's a great atmosphere in the cellar bar, while its line-up of live gigs and DJ nights keeps the dancefloor packed. It's small, so get there early (meaning midnight) unless you're willing to wait to get in.

Prestigious enough to count the likes of Prince, Robbie Williams and Madonna among its past visitors, Kaufleuten is one of the best known nightspots in Zurich and attracts the city's young, rich and fashionable with its bars, restaurant and club. There are four bars across two separate floors, ranging from the theatrical, chandelier-laden main bar to the more comfy lounge area, arranged with large cushions and wooden furniture. The terrace is a great place to hang out when the weather allows.

Moods im Schiffbau is an atmospheric Zurich jazz venue that draws comparison with the likes of Ronnie Scott's in London and Vienna's Porgy & Bess. It is considered one of Europe’s premier jazz clubs and it stages around 230 shows a year covering funk, soul, blues and electro as well as jazz. It’s an unmissable joint for anyone serious about their music with both local and international musicians stopping by for show. The venue is located in Zurich West’s Schiffbau, a former ship-building hall converted into a cultural centre.

The traditionally designed Volkshaus dates back to 1910, so has considerable experience at staging live music events. With several different performance venues under the one roof, it's well set up to host all types of gigs, from the intimate to the large-scale. It draws a mixture of international acts and local musicians, counting the XX and Wilco among its recent visitors. Again, tickets can often be hard to come by.

Music and Dance in Zurich

In 1916 the back room of this former pub saw the birth of Dada, a literary movement founded by a group of intellectuals in protest at the horrific descent of civilisation in Western Europe during the time of WWI. The 'literary cabaret' they set in motion is resurrected by the modern Cabaret Voltaire - a bar, performance venue and exhibition centre which hosts a regular programme of events including film screenings, lectures, panel discussions and concerts.