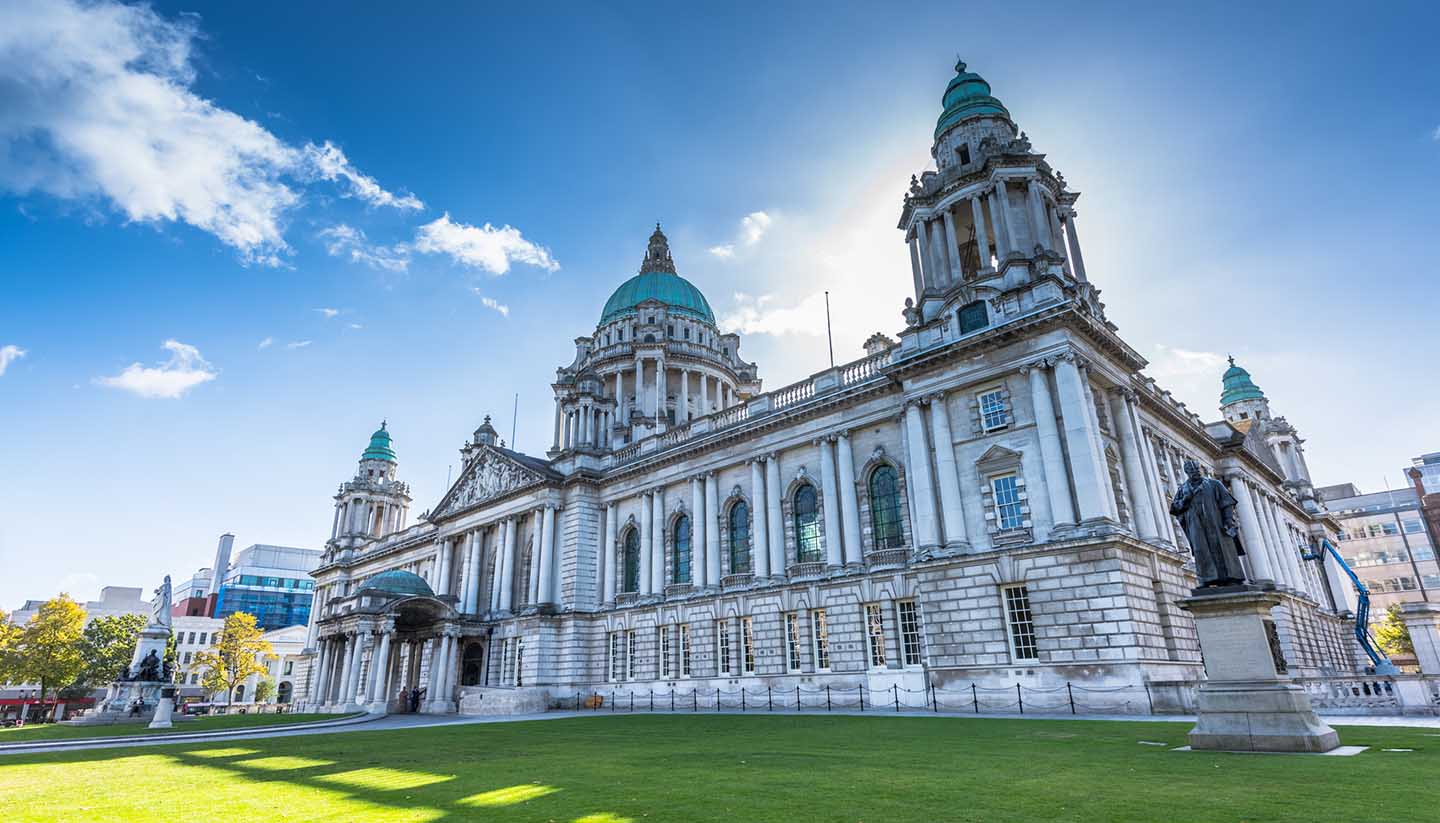 While the recent history of Belfast might be more familiar, the city has its fascinating roots in the Iron Age. For centuries, Belfast was a sprawling village perched next to the marshy confluence of two rivers, but the real making of the city came in the 17th century when King James I decided to resettle a mixed group of protestant Scots and English in Ulster.

Thanks to burgeoning trade with the rest of the UK, as well as a spike in transatlantic merchandise, less than a century later, Belfast had become a maritime city to be reckoned with, and boasted an array of sea-faring industries, including sail-making and brewing.

1791 brought shipbuilders to the city, and the resulting boom resulted in funds for some of the city’s most imposing civic architecture, including the Queen’s Bridge and Ulster House.

But with the boom came the roots of modern problems, with sectarianism gaining a foothold in the 19th century as the deprivation of the potato famine fuelled Catholic nationalism in the rest of Ireland.

Determined to remain part of the Union, Belfast had become home to the Ulster Volunteer Force by 1912. This continued after the Irish War of Independence when the six counties of Northern Ireland chose to remain British and the province came into being, with Belfast as its capital.

War in 1939 saw many volunteer to depart to battle the Nazis, while the city itself suffered several bombing raids. But worse was to come during the post-war period when declining industry and increasingly sectarian politics sparked an episode now known as The Troubles. Violent clashes, bombs and the malign influence of the IRA turned the city into a byword for conflict.

Following a peace deal in 1998, known as the Good Friday Agreement, Belfast is now a much calmer place that is finally emerging from the shadows of its past.

Did you know?
• The ill-fated Titanic was built in Belfast.
• John Wood Dunlop invented the rubber tyre in the city.
• Led Zeppelin first debuted Stairway to Heaven live at Belfast's Ulster Hall.

Located in the heart of the Queens Quarter, near the vivacious Botanic Avenue, this stylish 4-star hotel offers affordable luxury. With 34 rooms to choose from, all come with comfy beds, white and gold furnishings and large bathrooms. The breakfasts are pretty decent too.

Located just steps from City Hall, this 22-room boutique hotel is set within a Grade I listed building. Offering sophisticated interiors, with baroque touches and colonial finishes, its sleeping quarters stick to the modern. Cubist art and chaise longue make rooms unique, while its renowned restaurant is worth booking too.

This beautifully restored Victorian guesthouse, near leafy Ormeau Park, is a 10-minute bus ride from the city centre. With only five guest bedrooms, it exudes a homely, intimate ambience. Each room has handcrafted furniture and there is a library of books and music, plus Wi-Fi and award-winning organic breakfasts.

One of the city's most luxurious stays is the sumptuous Merchant Hotel built in 1860 as the Italianate headquarters of The Ulster Bank. Located in the Cathedral Quarter, the Grade 1 listed property features classically styled interiors, sculptures and antiques throughout. The pièce de résistance is the stunning Great Room Restaurant where meals, including traditional afternoon teas, are served beneath its grand dome.

Originally a Church of Ireland rectory, built in 1896, this charming guesthouse is a 10-minute bus ride to Queen's University and the city centre. It features award-winning, locally sourced, organic breakfasts and serves a light supper and complimentary Irish whiskey every night. Free Wi-Fi and internet access are also available.