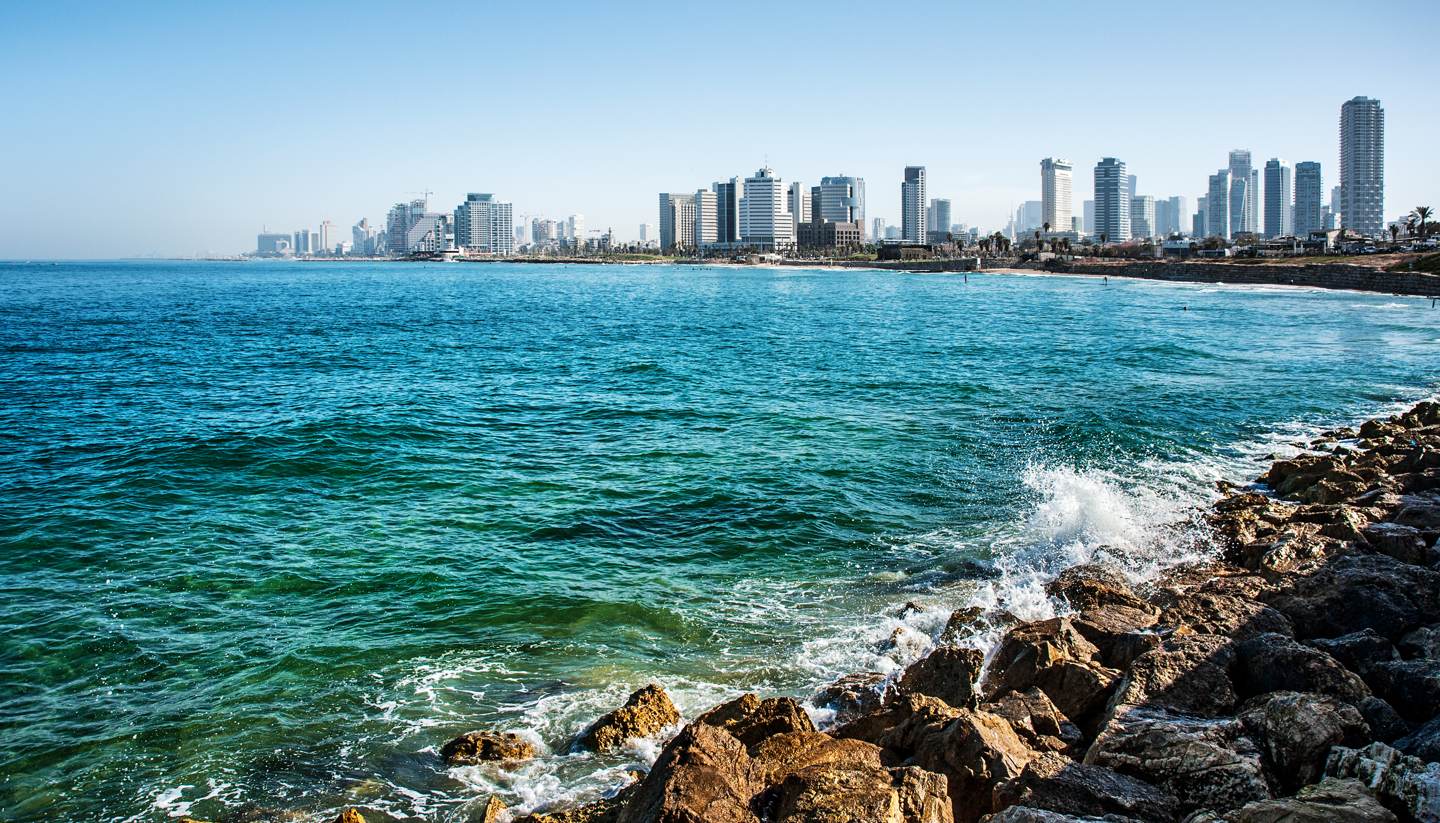 In the early 1900s, the land upon which much of Tel Aviv stands was mainly sand dune and uncultivated scrub. In the decades before the founding of the city, migrating Jews had taken up residence with a native Jewish community in the ancient port town of Jaffa.

In 1881, the Yemenite Jews moved beyond Jaffa’s walls to establish the basis of today’s picturesque Yemenite Quarter. They were joined by pioneering East European Jews in 1887 who built the Neve Tzedek neighbourhood.

The settlement flourished in earnest in 1909 when another group of Jewish families quit Jaffa. Ardent socialists, they shared the cost of purchasing 12 acres of dunes. As historic photographs show, they stood in the sand (on the site of present day Rothschild Boulevard) and drew lots to determine who would build where. Construction of their new town began at once.

Palestine came under British control in 1918 and as Jewish immigration increased, tension between Jews and Arabs led to riots. Jews left Jaffa for nearby Tel Aviv during 1920s. In the 1930s, the new city absorbed a huge wave of immigration from Western Europe, with the population leaping to 160,000.

At one such house on 14 May 1948, the then Prime Minister of Israel, David Ben-Gurion, declared the establishment of the state of Israel. In a short time, the city absorbed tens of thousands of Jewish refugees from across the globe. Jerusalem was ultimately named the capital of Israel, but Tel Aviv remained the country’s more vibrant, secular, financial and commercial centre.

Continuing to grow, it encompassed the neighbouring towns in a single metropolis. At the same time, Tel Aviv preserved its history. It has the world's largest surviving collection of Bauhaus buildings, many carefully restored. In 2003, Tel Aviv’s unique urban inheritance was recognised by UNESCO as a World Cultural Heritage site.

Did you know?
• The official name of the city is Tel Aviv-Yafo in recognition of the historically Arab city of Jaffa, which is now part of the sprawling city.
• For more than a year in 1917, the inhabitants of Jaffa and Tel Aviv were expelled by the Ottomans. The British took control of Palestine after WWI and allowed them to return.
• The 1960s saw a construction boom in the city and high-rises were erected including the Shalom Meir Tower, Israel’s tallest building until 1999.

A gargantuan 5-star hotel, much of the David InterContinental’s clientele are here for business, but don’t let that put you off – a night spent here feels surprisingly intimate. Just across the road from Charles Clore Park and the beach, it’s a few minutes’ walk from Carmel Market and the Yemenite Quarter. Good value, apart from expensive Wi-Fi.

Housed within a gorgeous, buttercup yellow building that’s almost as old as Israel itself, The Rothschild is a real sanctuary thanks to its tranquil courtyard and sympathetic décor. Service is top quality, as is the food served in the restaurant. Elsewhere, the emphasis is on natural – including the toiletries.

The longest standing of Tel Aviv’s upmarket beachfront hotels, the Dan's unusual low-rise building and colourful exterior (on the beach side) makes an interesting change to the identikit high-rises that surrounds it. However, because of its age, some rooms seem to be at a lower standard than the price and reputation suggest.

This is a hotel where art takes centre stage. The décor combines white walls with bright furniture and even brighter artworks, all of which are for sale. Rooms are pleasant and comfortable and there's a restaurant serving excellent local fare on site. All the city centre attractions are close by.

Formerly a Bauhaus cinema, this stylish little hotel is right in the city centre, just off Dizengoff Square. The comfortable, attractively furnished rooms have plenty of amenities, among them a fridge, beach towels and free Wi-Fi, and there’s a free sauna, rooftop terrace and business lounge too.

A basic combination of hostel and hotel, The Beachfront is a little shabby and has amenities that some may find inadequate, particularly the dormitory-style rooms. But there’s hardly anywhere cheaper to stay in Tel Aviv, and it’s right on the beach. Breakfast is not included, but is offered at a restaurant next door.