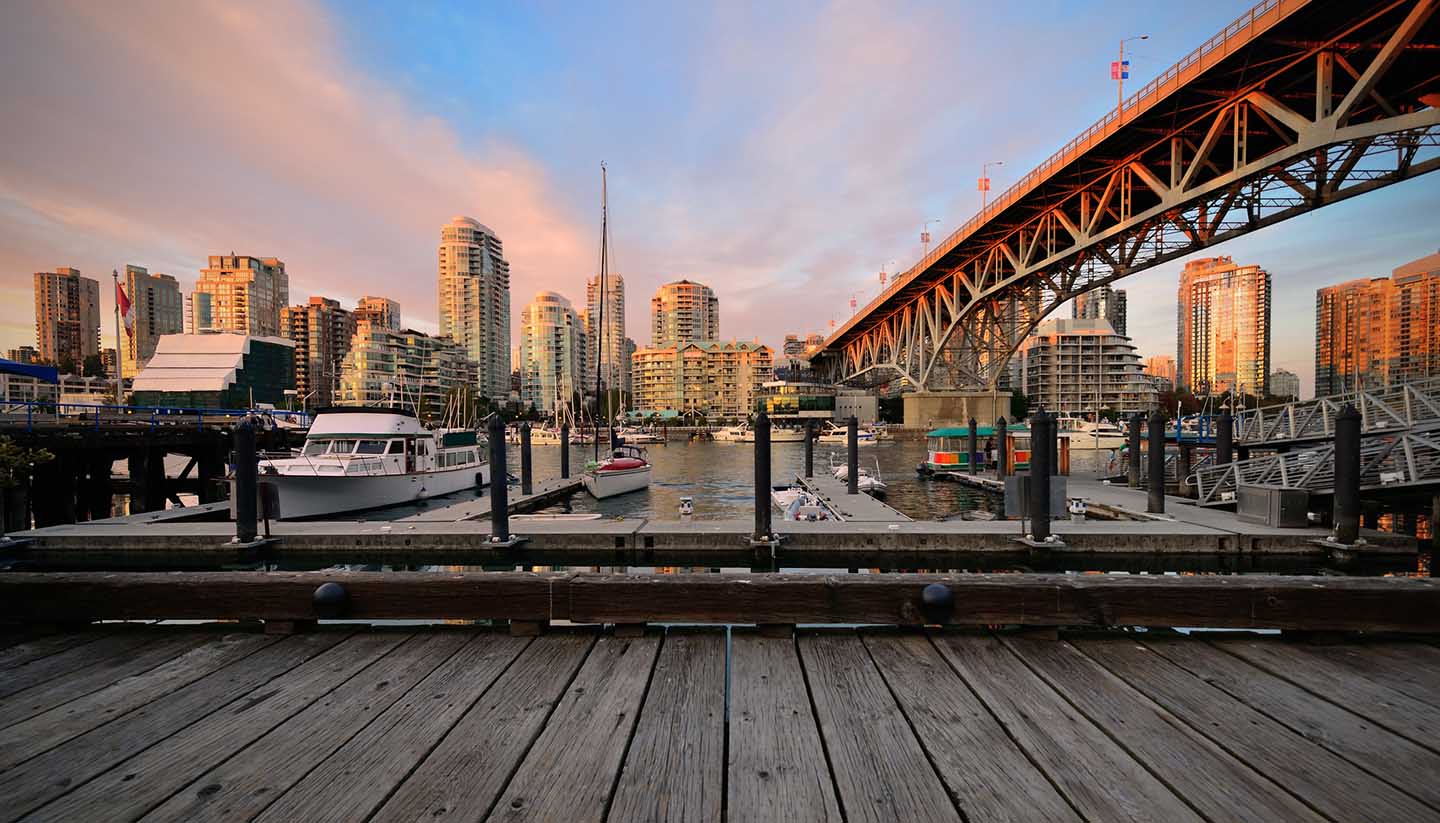 Things to do in Vancouver

Cannabis: it’s good for what ails you

Far be it for us to tell you to spend your trip getting high, but if you wish to it's easier in Vancouver than most places. Medical cannabis is legal here, so you'll need a note from the doctor. Head to Canna Clinic (tel: +1 888 738 1028; http://cannaclinics.org) to both speak to a doc and get the goods.

Cheers on the Canucks

Some say Ice Hockey is a religion in Canada. Trust us: it's far more important than that. Local NHL team, the Vancouver Canucks (tel: +1 604 899 4625; http://canucks.nhl.com) draw an enormous and passionate following to Rogers Arena, which served as the ice hockey venue during the 2010 Winter Olympics.

There's no better way to appreciate Vancouver's multitudinous natural beauty than hiring a bike and circling the city's seawall. Many visitors stick to the 9km (5.5-mile) section looping round Stanley Park, but the scenic 22km (14-mile) route continues along the English Bay and False Creek shorelines as far as Kitsilano Beach. Speak to Spokes (tel: +1 604 688 5141; www.spokesbicyclerentals.com) about hiring a ride.

The ocean surrounding the Gulf Islands and San Juan Islands to the southwest of Vancouver is one of the best spots in the world to catch a glimpse of orcas. It's common to spy pods of resident killer whales, sometimes as many as 100 at one time. Wild Whales Vancouver (tel: +1 604 699 2011; www.whalesvancouver.com) runs whale-watching tours from Granville Island, lasting from three to seven hours.

Meticulously restored Rosewood Hotel Georgia once hosted Elvis Presley and The Beatles. Today's guests are treated to elegant rooms and suites, with delicious nods to the 1920s and 1930s and vast, decadently luxurious bathrooms. You can nip down to dinner at upscale Hawksworth Restaurant, plunge into the saltwater pool, or sip cocktails on the laid-back garden terrace.

Lavish rooms in this Coal Harbour hotel feature luxurious Stearns & Foster beds, plush linens and roomy marble bathrooms with TV mirrors. The Willow Stream Spa offers nine treatment rooms, a massive fitness centre and an outside deck with meditation pods and private hot tubs. Or you can lounge by outdoor firepits next to the open-air rooftop pool.

Sitting on vibrant Davie Street in the West End, the Sandman Suites are just a few minutes' walk from the beach and within strolling distance of trendy Yaletown. One-bedroom and studio suites come with fully equipped kitchens and private balconies. Many higher rooms have city or ocean views. In summer, take a dip in the heated outdoor pool.

Overlooking English Bay and Stanley Park, this ivy-clad 1912 hotel offers good value for budget-minded travellers. The designated heritage building has been a hotel since 1936 and can lay claim to Vancouver's first cocktail bar, which opened here in 1954. Perfectly situated for exploring the West End, Granville Island and Stanley Park or hanging out on the beach.

This coolly renovated 1950s motor inn offers affordable retro chic with free Wi-Fi bang in the centre of Downtown. There's a lovely courtyard garden with a ping-pong table and free Brodie cruiser bike rentals if you fancy a spin around town. Grab breakie and an espresso in Elysian Coffee, the stylish café.

Priding itself on its commitment to art, this hotel is handy for exploring Robson Street's shops. The rooms on the Museum Floor are fitted out with hemlock and cedar furnishings plus First Nations art. The Gallery Floor suites are more traditional in style, with cherry wood furnishings, chaises longues tucked in bay windows and original Canadian and international artwork.