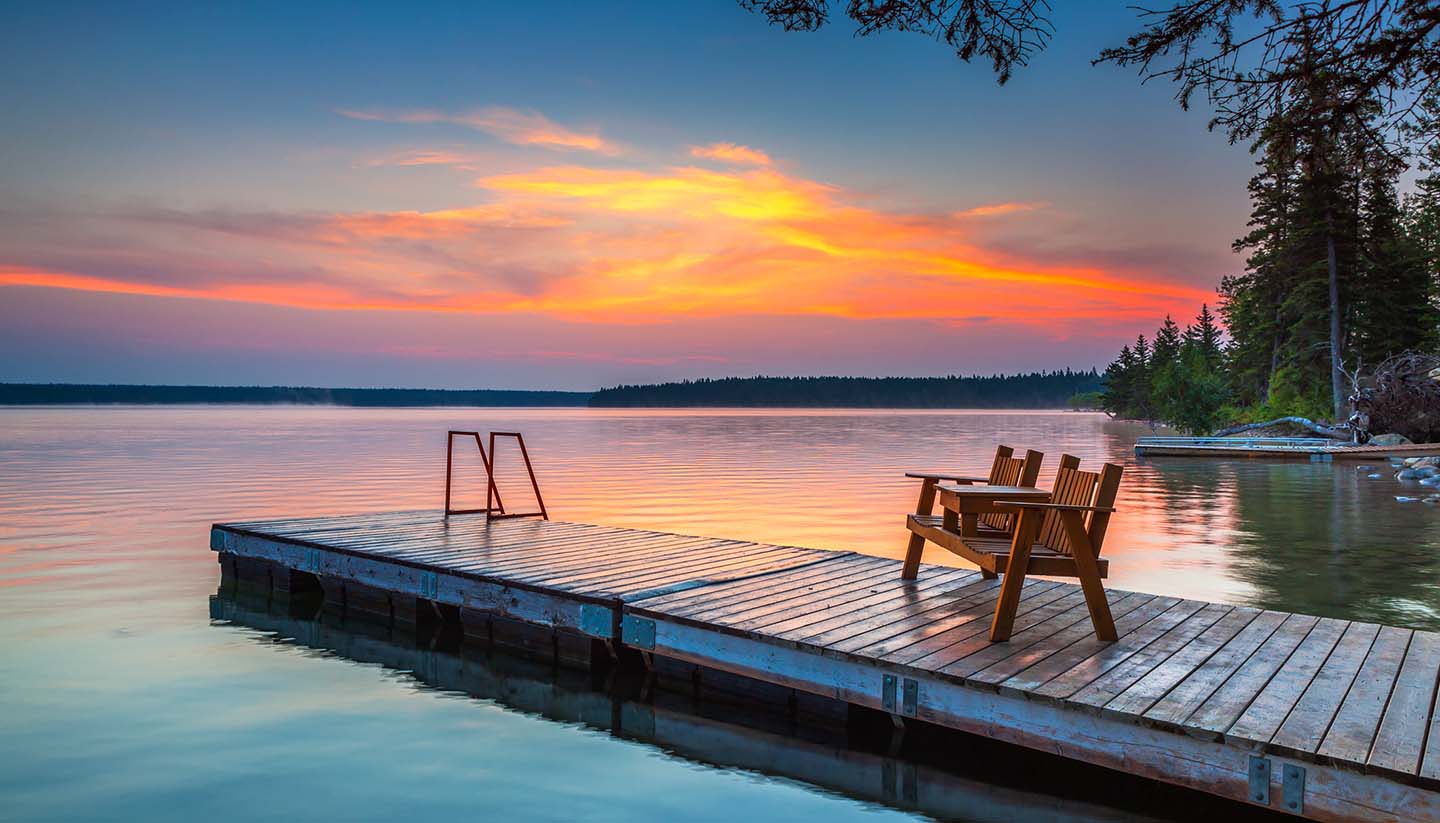 Things to see and do in Manitoba

Seal River in the north is one of the most challenging canoe routes in Canada. Whiteshell Provincial Park, a couple of hours from Winnipeg, offers a variety of routes from an easy afternoon paddle to a multi-week wilderness adventure. The Mantario trail is a four-day paddle through a beautiful system of lakes straddling the Manitoba-Ontario border.

Several of the northern lakes are only accessible by air, and remote fly-in lodges are the answer to an angler's wilderness dream. Fish for trout, northern pike, walleye, channel catfish and Arctic grayling.

Canada's primary cultural celebration, Folklorama (www.folklorama.ca) takes place in Winnipeg each late July to mid-August. Go and be entertained and educated by a rich and diverse spread of food, music, dance and history from around the world - in particular, Canada's ethnic communities.

The Icelandic Festival of Manitoba, in Gimli, is the largest Icelandic gathering outside Iceland itself; the province has strong historical connections to the country. It is a surreal experience eating Icelandic food and watching people wearing Icelandic garb in typical Canadian land.

On the eastern edge of the Interlake Region, Lake Winnipeg has good sandy beaches and boats for hire. The western shore was once New Iceland, a self-governing area settled by thousands of Icelanders fleeing volcanic eruptions in their homeland.

The province's national parks allow you to get close to some stunning scenery. The vast recreational area of Riding Mountain National Park is prime black bear-spotting country. Wildlife viewing, biking, backpacking and horse riding are all available.

Get a close-up view of early Mennonite life in the German-speaking Mennonite town of Steinbach.

Manitoba's wide open skies and cool, calm starry night are perfect for viewing the Aurora Borealis (Northern Lights) in winter. Churchill is a good spot in which to do so.

Walk across the River Souris on Canada's longest free suspension foot bridge. It is over 100 years old and is a massive 177m (582ft) long.

A remote area with a severe sub-Arctic climate, Wapusk National Park is home to one of the world's largest known polar bear den sites, in addition to hundreds of thousands of waterfowl and shorebirds.

The province's two huge lakes, Lake Winnipeg and Lake Manitoba, are very popular for watersports. The best-known spot is Grand Beach on Lake Winnipeg. Backed by high, grass-topped sand dunes, it's a favourite swimming spot among locals, owing to its shallow water and easy access. Sailboarding, windsurfing and sailing are on offer.

You can see moose and wood bison in the Western region's densely wooded parklands. The Spirit Sands, a 5-sq-km (1.9-sq-mile) tract of sand dunes towering over 30m (100ft), are also well worth seeing. Minedosa is the region's flourishing tourist centre with shopping areas, a beach, restaurants and nature trails.

Beluga whales congregate at the mouth of the Churchill River by the thousand in summer. Churchill, a sub-Arctic seaport in the far northeast, is best reached by air across the vast flatlands running into Hudson Bay. It is known for its birdwatching and as a centre for polar-bear-watching tours in autumn.

Soak up the flat, moss-wrapped terrain of Whiteshell Provincial Park, with its gorgeous lakes and forests.

AA Milne's hugely popular children's character Winnie the Pooh was named after Winnipeg. A statue commemorates the bear in Assiniboine Park and the only known oil painting of Winnie hangs in the Pavilion Gallery.

While in Winnipeg, catch a paddle steamer through the city on the Red and Assiniboine rivers.