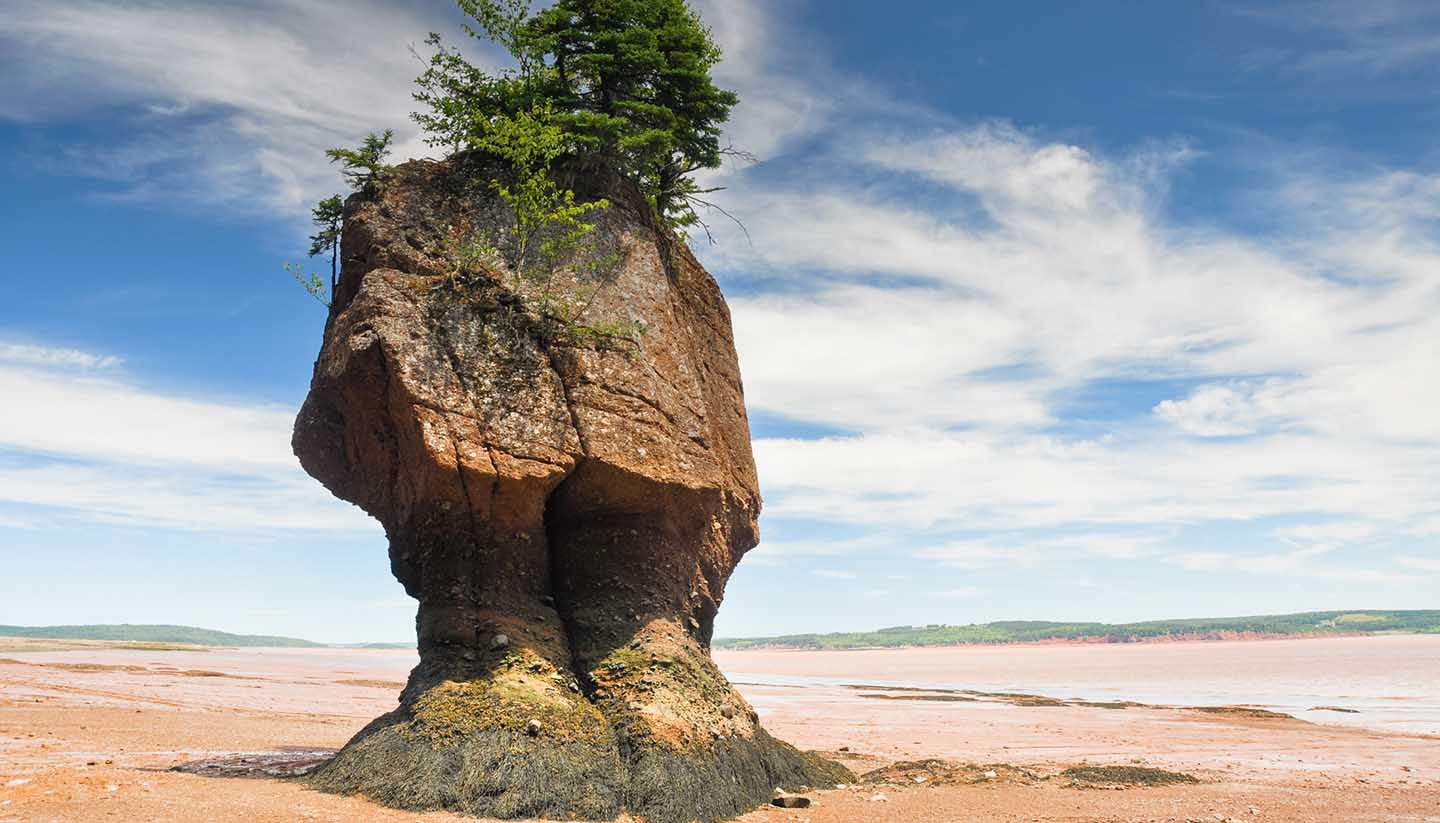 Fresh seafood is at the heart of New Brunswick's cuisine, along with locally grown fruit and vegetables. You might dig into wild salmon caught in the Miramichi River, warm up with lobster poutine (a lobster-based sauce poured over chips) or nibble Acadian fish pancakes. Or you could try a hearty moose casserole followed by berry grunt, a popular Maritimes dessert of dumplings mixed with seasonal berries. You can taste New Brunswick flavours in a vast choice of eateries, from gourmet restaurants to food trucks and farmers' markets.

• Seafood highlights include lobster from Shediac and delicately flavoured Atlantic salmon served with butter, new potatoes and fiddleheads (young fronds of ostrich fern served with butter and seasoned or used cold in salads).
• New Brunswick dulse, an edible seaweed, is a local favourite.
• Home-made baked beans and steamed brown bread are served as traditional Saturday night supper.
• Rapée pie, made with chicken, is an Acadian speciality for Sundays or festivals.
• La râpure is a potato and salted pork dish.
• Maple syrup, drizzled on pancakes or French toast. Many producers run guided tours in spring (usually between February and April), when maple trees produce sap.

You can buy beer, wine and spirits from the provincially owned New Brunswick Liquor Corporation stores. Wine is available in some supermarkets.

Under the New Brunswick Liquor Control Act, it is a crime to bring more than one bottle of spirit or wine or the equivalent of 12 pints of beer from outside of the province.

New Brunswick is home to Canada's oldest independent brewery, Moosehead. A growing number of craft breweries means you can savour a wide range of local ales. The province is also known for its cool-climate wines. Wineries run cellar tours and offer tastings of grape and fruit wines.