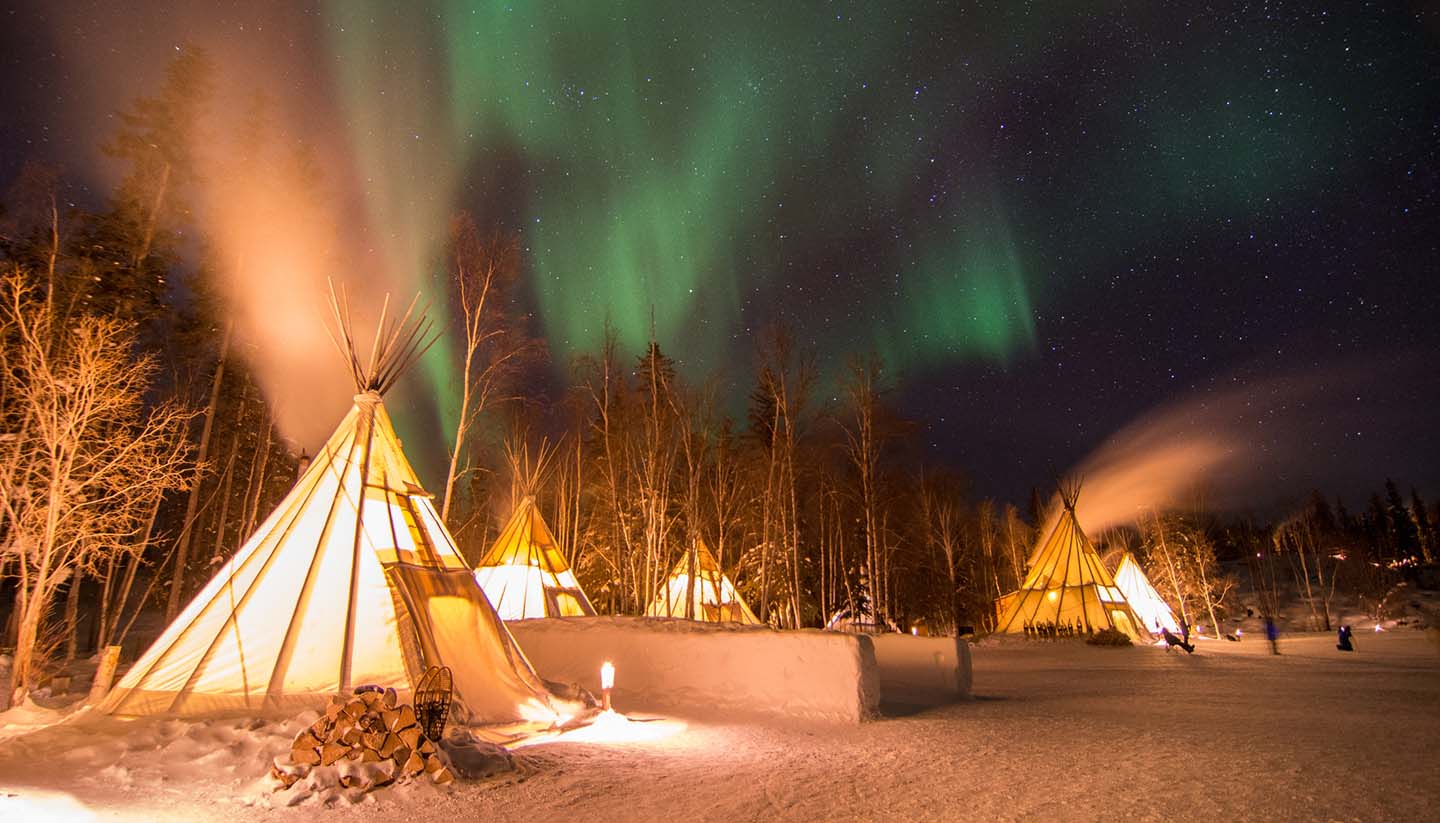 Game meats and wild fish feature strongly in traditional Northwest Territories cuisine. You might warm up with a bowlful of moose stew or tuck into freshly caught northern fish. A growing number of market gardens and greenhouses produce fresh root vegetables and salad greens, which flourish here thanks to the long hours of summer daylight. This also helps combat the high cost of importing produce from the country's south. To stock up for winter, locals freeze vast quantities of meat and can fruit and vegetables.

• Fish such as Arctic char, grayling, pickerel and trout.
• Game, including musk ox, bison and caribou.
• Fresh wild berries.
• Bannock, a type of bread made traditionally by indigenous communities, and a popular side to dip into reindeer or caribou stew. Alternatively, you can slather it with jam.

Transportation costs mean food and alcohol prices tend to be much higher in the Northwest Territories than in southern Canada.

The Northwest Territories can now claim a pin on Canada's craft brewery map, thanks to Yellowknife's NWT Brewing Company. The territory's first microbrewery concocts a unique range of beers including a crisp KickSled Cream Ale and a hoppy Bug Repellent IPA. You can sip these in the company's brewpub in Yellowknife's Old Town neighbourhood.