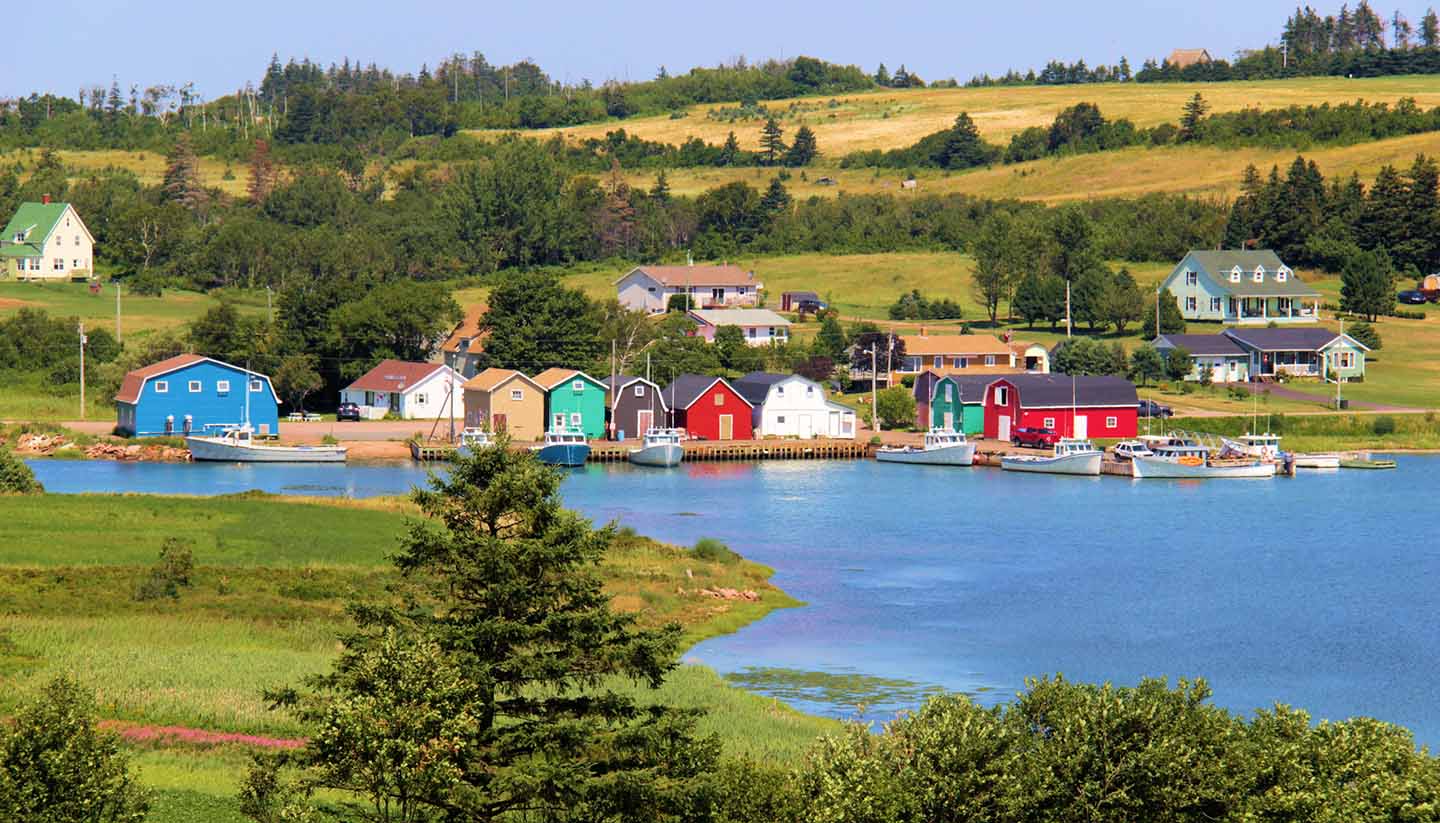 Things to see and do in Prince Edward Island

Green Gables, the farmhouse immortalised in the book Anne of Green Gables by Lucy Maud Montgomery and now a popular museum, is in Prince Edward Island National Park at Cavendish (www.annemuseum.com). To the west is Montgomery's birthplace New London, where her house is also a museum.

On the northern shore of Prince Edward Island National Park, the beaches are protected by cliffs and dunes; it is particularly well suited for swimming. Other good beaches are at Cavendish, Brackley, Basin Head, Sandspit, Blooming Point, Cedar Dunes.

This 13km (8-mile) engineering marvel connects the island to the mainland. It's Canada's longest bridge, and the world's longest over ice-covered waters. Journeying across the vast expanse of water is a truly exhilarating experience.

Chartered deep-sea fishing boats are widely available from July to September, most commonly for cod, mackerel and flounder. The island's waters are particularly renowned for giant bluefin tuna.

The provincial capital, Charlottetown, is a colonial-era seaport with tree-lined streets and wood-framed houses. Main sites are Province House, where the 1864 discussions leading to the Canadian Confederation were held, and the Confederation Centre of the Arts (www.confederationcentre.com), housing an art gallery and theatre.

You can golf on one of more than two dozen golf courses on Prince Edward Island, from facilities suitable for learners and families to championship layouts by top designers. Many are members of Golf PEI (www.golfpei.ca).

Point Prim, located on a long promontory to the southeast, has the oldest lighthouse on the island, built in 1846 and still in use.

The warm waters of the Gulf Stream, which passes just offshore, have a moderating influence on the island's climate, resulting in one of the longest autumn foliage viewing periods in North America. The best time to take scenic forest walks is from mid September until late October.

Put the foot to the pedal over Trans Canada Trail

The island's many recommended cycling routes, including include the 270km (168-mile) Confederation Trail. This section of the Trans Canada Trail runs from Tignish in the west to Elmira in the east, with several interconnecting lines branching off to virtually every corner of the province.

Routes include the Central Coastal Drive, from Charlottetown to Port-la-Joye-Fort Amherst; the North Cape Coastal Drive, with Acadian history at Miscouche and Mont Carmel; and the Points East Coastal Drive, which traverses the hilly farmland of the eastern interior.

Spotting seals is a popular activity near Murray River in the Points East Coastal Drive region.

The International Shellfish Festival (www.peishellfish.com) in September offers a fantastic chance to munch on lobster and chowder from some of Canada and the world's top gourmet chefs and celebrity cooks.

There are excellent facilities for cross-country skiing at Brookvale Winter Activity Park, which hosted the 1991 Canada Winter Games. Prince Edward Island has over 1,100km (688 miles) of snowmobiling trails.