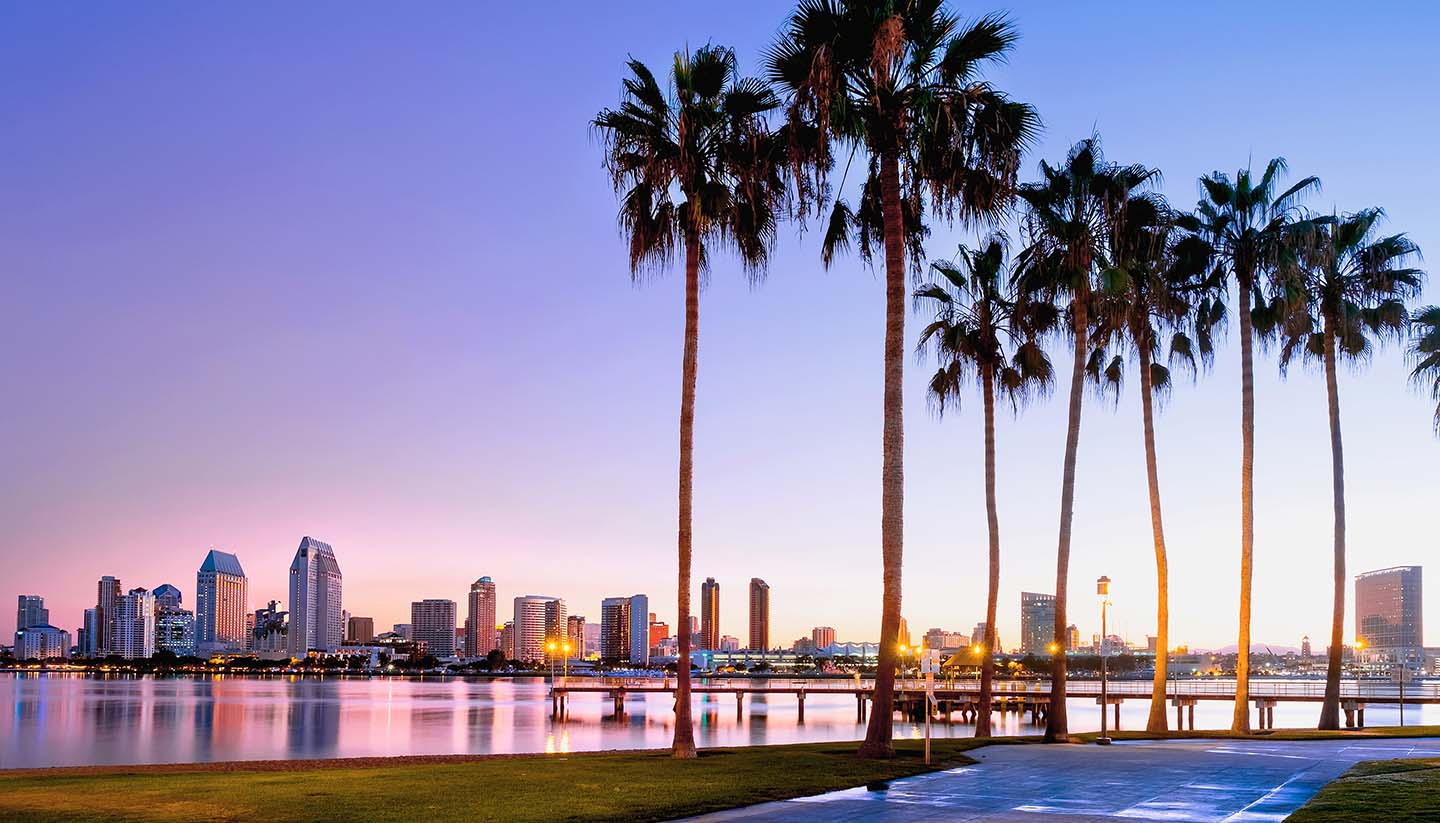 Life in SoCal’s second city, San Diego, has a more laid-back edge than its frenetic northern neighbour. Shake up historic neighbourhoods, terrific eateries and the Pacific Ocean, and you have an irresistible cocktail of urban hip and beachside utopia.

Surfboard-wielding dudes, skinny-jeaned hipsters and Gucci-wearing stylistas converge on the southern-most corner of California's coastline to enjoy never-ending sunshine, unspoilt beaches and a lifestyle most people only dream of.

Downtown’s distinctive neighbourhoods are the epicentre for all that's cool and hip in San Diego. You can amble around the shops and cafés of the historic Gaslamp Quarter, pick up one-of-a-kind artworks and coffee in Little Italy, or climb aboard historic ships in the Embarcadero District. Across the bridge from Downtown, the island of Coronado has small-town charm by the bucket load, with glittering beaches, the iconic Hotel del Coronado, and a beachfront boardwalk for two-wheeled coasting. Hillcrest, meanwhile, is San Diego’s LGBT hub, a walkable neighbourhood crammed with indie restaurants, vintage stores and wine bars.

But what most people come for is San Diego’s 110km (70 miles) of coastline. Upmarket La Jolla (think: luxury hotels, fine dining and championship golf courses) attracts surfers in droves to its phenomenal beaches. At Mission Beach, you’re more likely to spot crowds of youngsters flaunting their stuff on the boardwalk, or windsurfers, kayakers and waterskiers whizzing across Mission Bay.

San Diego isn’t short of stellar attractions away from the beach either. Balboa Park is super close to Downtown and home to 15 museums and a clutch of performing arts venues amid 500 hectares (1,200 acres) of beautifully landscaped gardens. Whether you’re into space, natural history, art or cars, this park has it covered. Also in the park is the fabulous San Diego Zoo, where you can tuck into breakfast with the koalas in the Australian Outback or encounter cheetahs and rhinos in the Urban Jungle.

Thirsty? San Diego is churning out new craft breweries at a lip-smackingly delicious rate, so grab yourself a hoppy ale and plot a way to stay here for good.