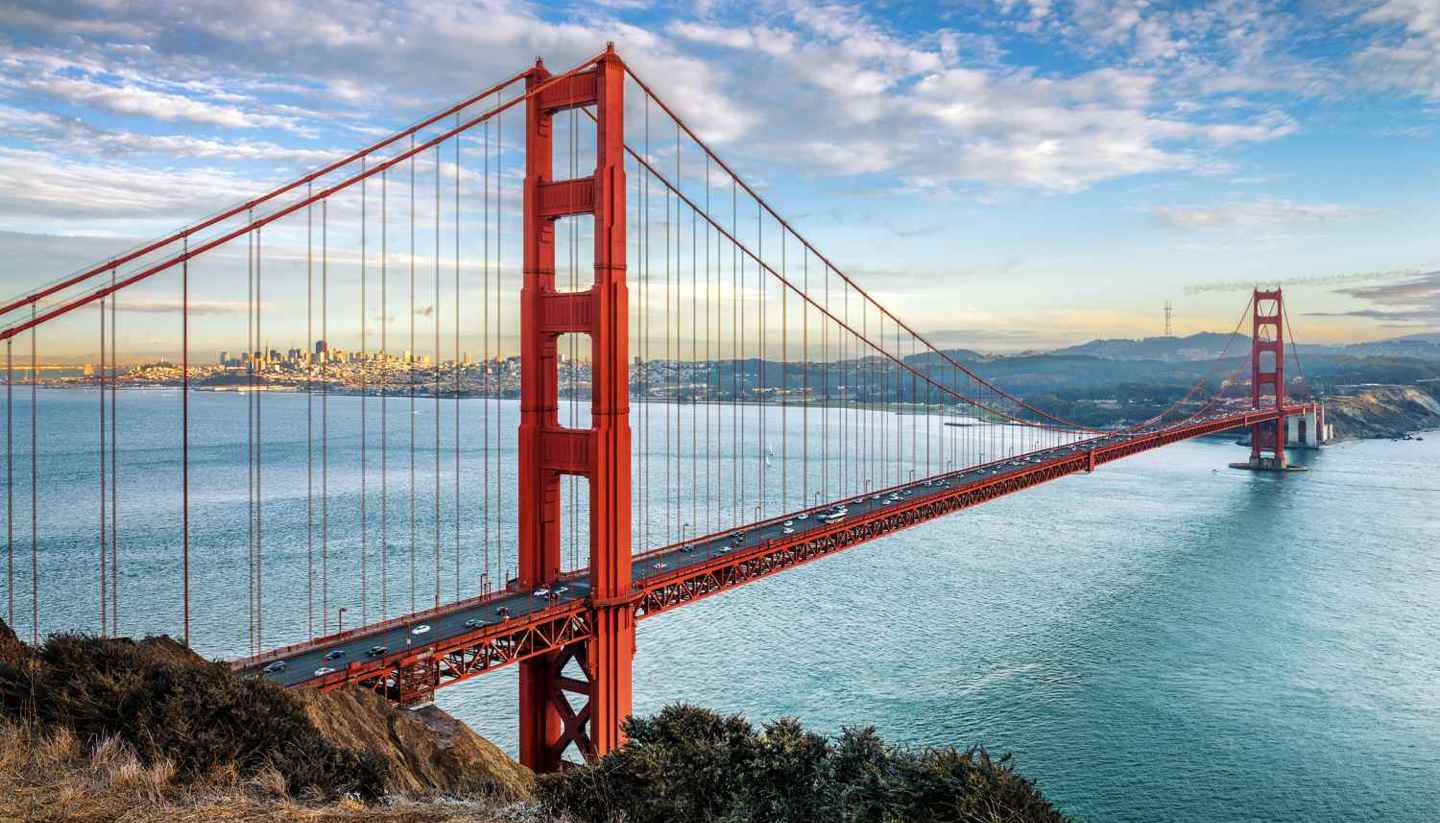 Gold diggers, boho artists, leftie activists and techie whizz-kids have all left their mark on San Francisco, a seaside metropolis overflowing with boundless innovation in a mind-blowing setting.

The undulating City by the Bay has a prime spot between the Pacific Ocean and Sierra Nevada mountains to the east and west and redwood forests and the California desert to the north and south.

One of the USA’s most walkable cities, San Francisco shows off a stellar line-up of iconic sights. Wait for a window in the city’s favourite weather (fog, of course) and catch a glimpse of the vermilion towers of the Golden Gate Bridge. Hop on a ferry from Fisherman’s Wharf and pay a visit to Al Capone’s west-coast pad behind bars, Alcatraz. Embrace your tourist status and throw caution (and potentially a lot more) to the wind trundling over the city’s rollercoaster hills on the edge of a cable car.

The city’s neighbourhoods all tell their own stories, from the hotbed of politics that made Haight-Ashbury what it is, to the bohemia of the Mission and the Tenderloin, to the culinary wonder of Chinatown and the understated affluence of Nob Hill. San Francisco has one of the world’s oldest and largest gay neighbourhoods in the Castro, a testament to the accepting nature and spirit of civic acceptance that exists here.

The famous, glorious vineyards of the Napa and Sonoma wine regions ensure weekend escapes are part of the San Francisco experience too. If you don’t have time to visit them, pull up a stool in one of the city’s slick wine tasting rooms and sip a few glasses.

When the fog and cold sets in, it’s time to head indoors, to jazz venues, cosy restaurants, old-school saloons and micro-distilleries.

The downside? San Francisco’s stratospheric success means the arty types who gave the city its creative vibe can barely afford to live here anymore. So if you’re inspired to launch your own startup, bring a wealthy sponsor and a back-up plan.

Nearly a century old, the Clift is a local landmark set amid the theatre district. Once known for its striking red panelled interior, it is now adored for its Philippe Starck makeover. The designer waved his creative wand back in 2001 and turned the Clift into one of the must-see hotels in San Francisco. Proof lies in the Redwood Room bar, where locals fond of a little luxury gather. The 372 guest rooms are small but elegantly decorated in shades of violet and grey. Egyptian cotton sheets, Wi-Fi and in-room massage and spa services add to the luxury.

Don't fret, this hotel has nothing to do with David Lynch, but is named after its neighbourhood between Lower Haight and The Castro. It offers one of the few acceptable budget options within easy reach of the downtown districts. Rooms are basic, and if you really want to save money you'll have to share a bathroom, but you can't argue with the price.

Visible from much of the city, this luxury retreat sits opposite Grace Cathedral at the highest point of Nob Hill. All 134 guestrooms are individually decorated and each has great views across the city. Chandeliers and plush upholstery fill the public areas, and if you can tear yourself away from the vistas, the hotel also has its own spa.

Perched on the city's eastern coastline, the Harbor Court offers an unrivalled view of the Bay Bridge. Its 131 rooms contain an entertainment centre, high-speed Wi-Fi and a moderately sized sitting room. Sleeping quarters combine traditional and contemporary furnishings, and some beds are canopied. Windows are double-glazed to block out traffic noise and Ozumo Japanese restaurant next door offers room service.

Close to the Seaside would be a more apt name, as this motel-style place is several blocks inland. Nevertheless, it is only a 10-minute walk from the attractions of the Marina District. Rooms are simple but very comfortable, with both breakfast and parking free. Moreover, the attractive neighbourhood of Cow Hollow, filled with trendy bars and restaurants, is only a short stroll away. Book in advance for the best deals.