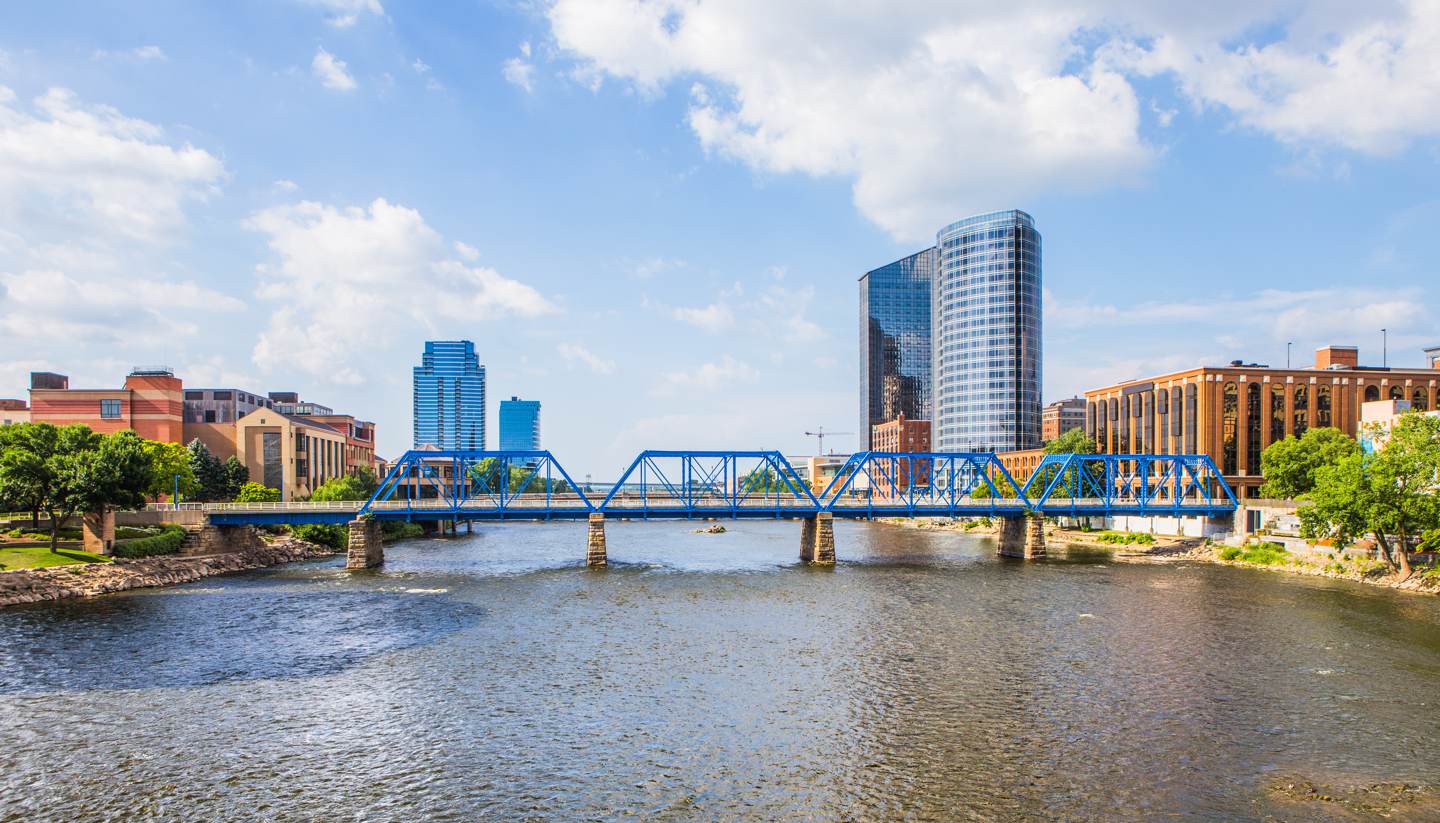 Set in a quiet northeastern corner of the US, it’s no wonder the first Europeans to venture into Michigan were French explorers from Canada. Under orders from Samuel de Champlain, French explorer Étienne Brûlé ventured into Michigan in 1620. Père Jacques Marquette formed the first settlement in the area in the late 1600s, and several other trading posts and towns were established as the decades passed.

After the Seven Years’ War, Michigan fell under British control. The Native Americans tribes in the area were displeased with the way British authorities treated them, and thus banded together to attack Fort Detroit in 1763. This began the famous Pontiac’s War, which lasted over three years and forced the British to return the land to Canada.

During the American Revolution, control of Michigan was given to the newly independent United States. Michigan became part of the Northwest Territory in 1787 and then part of the Indiana Territory in 1800. In 1805, it was finally declared the Michigan Territory.

After the opening of the Erie Canal in 1825, Michigan experienced a population boom. The canal, which connected the Great Lakes with the Atlantic Ocean, quickened trade and increased industry throughout the region. In 1837, Michigan was signed into statehood by President Andrew Jackson.

The state saw another significant population influx in the 1840s, when metal ores were discovered in the area. A large group of Cornish miners flocked to the state, helping Michigan to become a national leader in copper and iron ore production by the end of the 1800s.

During the Great Depression, Michigan’s economy suffered like the rest of the country, and many employees of the auto and mining industries were without work. When the US entered WWII, however, production picked back up and new jobs were created across the state.

Throughout the 1970s competition from foreign competitors diminished the American auto industry, causing a gradual decline in Michigan’s economy. Since then, the Michigan government has been pushing to bring new industry into the state to stimulate economic growth.

Michigan is overwhelmingly Christian, with the bulk of religious residents identifying themselves as Roman Catholic. Large Protestant groups of Presbyterian and Lutheran residents exist as well. There is also a small but growing group of Muslims, along with other minority religions.

Because Michigan’s borders form an outline akin to the shape of a right hand, people often use their hand as an indicator of location. If you ask someone for driving directions or where a different city is within the state, they will hold up their right hand and point to the current location and the location in question to provide an estimation of distance.