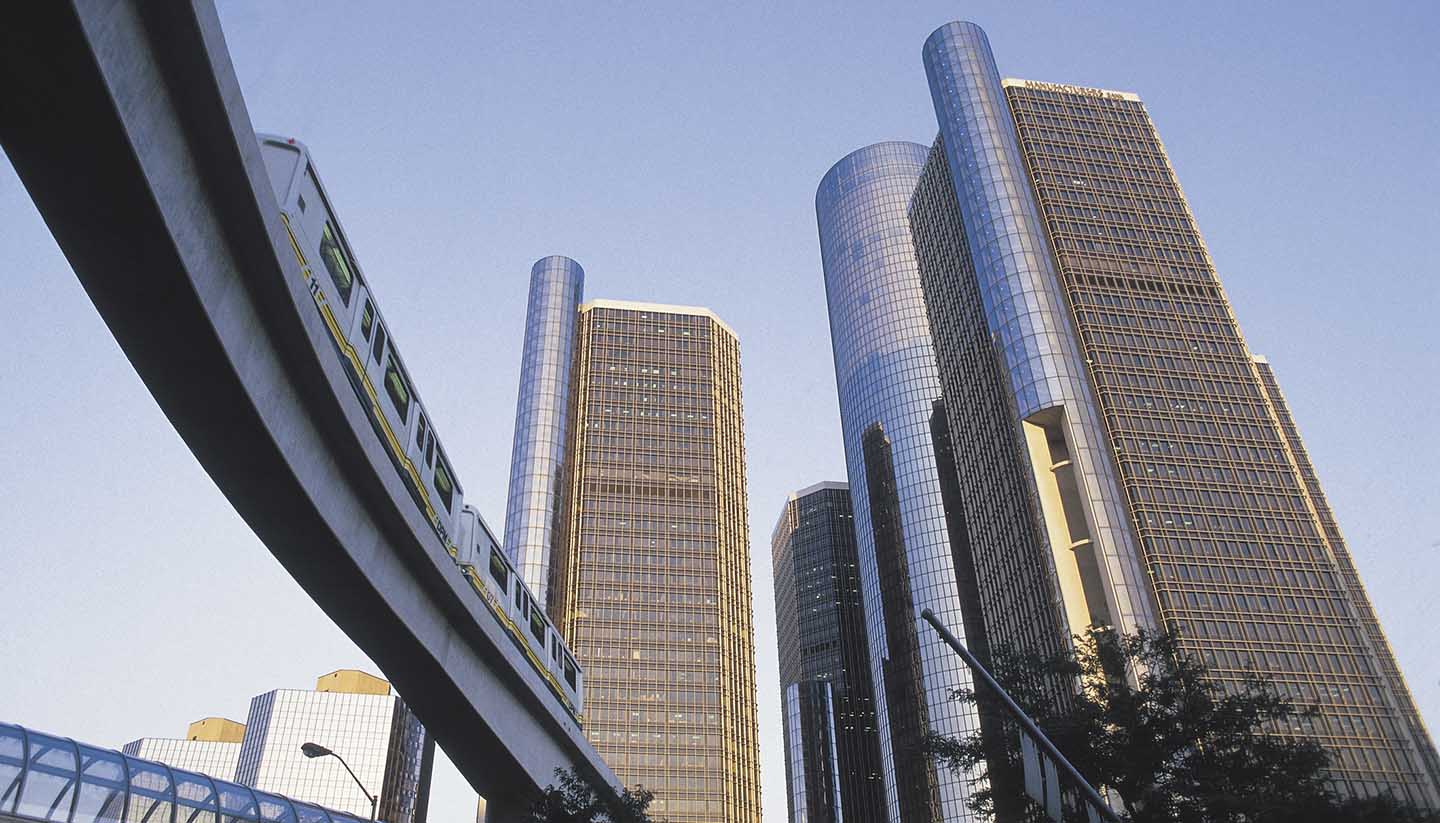 Detroit may have hit tough times, but this city is bouncing back as it battles its way out of bankruptcy. Your first thoughts might be of abandoned neighbourhoods and derelict car plants, but Michigan’s comeback kid will surprise you with its flourishing cultural scene and buzzing revitalisation projects.

Once thought of as a dark and depressing industrial town, the Motor City is reinventing itself with relaxing parks, fashionable nightclubs and a regenerated downtown district.

Urban gentrification is springing up everywhere, notably the Detroit Riverfront, and a young crowd is moving into town to launch techie start-ups, hip cafés, and urban farms. Meanwhile, lovers, friends, and families flock to Detroit’s outdoor dining, microbreweries, and family attractions – entertainments that are very much a reality in this refurbished city.

Downtown Detroit’s renaissance is also luring residents back from the suburbs. Here they can enjoy the vibrancy of Greektown's bars and restaurants, the pleasant walking paths along Detroit River, and pro ice hockey or baseball games.

Art and music thrive in Detroit. This is the city where Motown was born, where artists like Marvin Gaye, The Supremes, Stevie Wonder, and Smokey Robinson all cut records. New bands continue to thrill fans in a clutch of legendary music venues. Meanwhile, art lovers can gaze at Diego Rivera’s Detroit Industry frescoes in the esteemed Detroit Institute of Arts or take a tour of The Heidelberg Project, two blocks of the city’s East Side turned over to junk-fuelled art.

And you only have to venture into neighbourhoods like Corktown or Eastern Market to witness Detroit’s revival in full flow. Energetic entrepreneurs have brought cool barbecue joints, cocktails bars, and coffee shops to Corktown, while Eastern Market’s Saturday market is jam-packed with shoppers stocking up on locally grown veg, grass-fed meat and homemade condiments.

Whatever the future may hold for Detroit, it still represents the best of the American dream: dreams made, dreams lost and dreams built again.

Opened in 1931, this is actually the world’s first airport hotel, and though that specific airport has long since gone, the hotel retains a certain cachet. The Georgian building enjoys a plum location within 9 hectares (23 acres) of landscaped gardens, and feels like an oasis and an escape from the urban clamour. The hotel has two restaurants and a pool.

As well as a good range of value rooms, this well-located hotel has a choice of suites with their own kitchens if you plan to stay longer. A 24-hour business centre and full breakfast service are also big pluses, and you’re not far from the conveniences of downtown.

Just a few blocks from the Amtrak station, this hotel located conveniently close to the Motown Museum and downtown Detroit offers comfortable rooms in classy accommodations. St. Regis is a landmark among hotels, having housed such remarkable travelers as Martin Luther King and Mick Jagger. Their on-site restaurant, La Musique, hosts entertainment and cocktails weekly, and many lovers choose this building for their private weddings.

Pleasant and functional, this hotel near the banks of the Detroit River is more than its outdoor murals and lobby coffee bar. While you can see the city from your room, you’re also only a mile and a half from both Greektown and the Comerica Park Baseball Stadium, where the Detroit Tigers play. Your stay comes with free parking and WiFi, and in upgraded rooms, a whirlpool tub.

Detroit Marriott at the Renaissance Center

Soaring 73 floors above the Detroit River, this is Metro Detroit's largest hotel: it has no fewer than 1,298 guest rooms luxuriously appointed for both business and leisure travel. The hotel's location in the GM Renaissance Center means that guests have easy access to a variety of shops, restaurants and services. Guests dining at the hotel's American restaurant Volt have great views of the Detroit River and Windsor.

Conveniently located off the Southfield Expressway, near the Detroit Metro Airport, this business hotel has plenty of features to assist business travellers, such as Wi-Fi access and a 24-hour business centre. There are indoor and outdoor pools and an executive fitness centre at the hotel, as well as a restaurant and a meeting and banquet space.