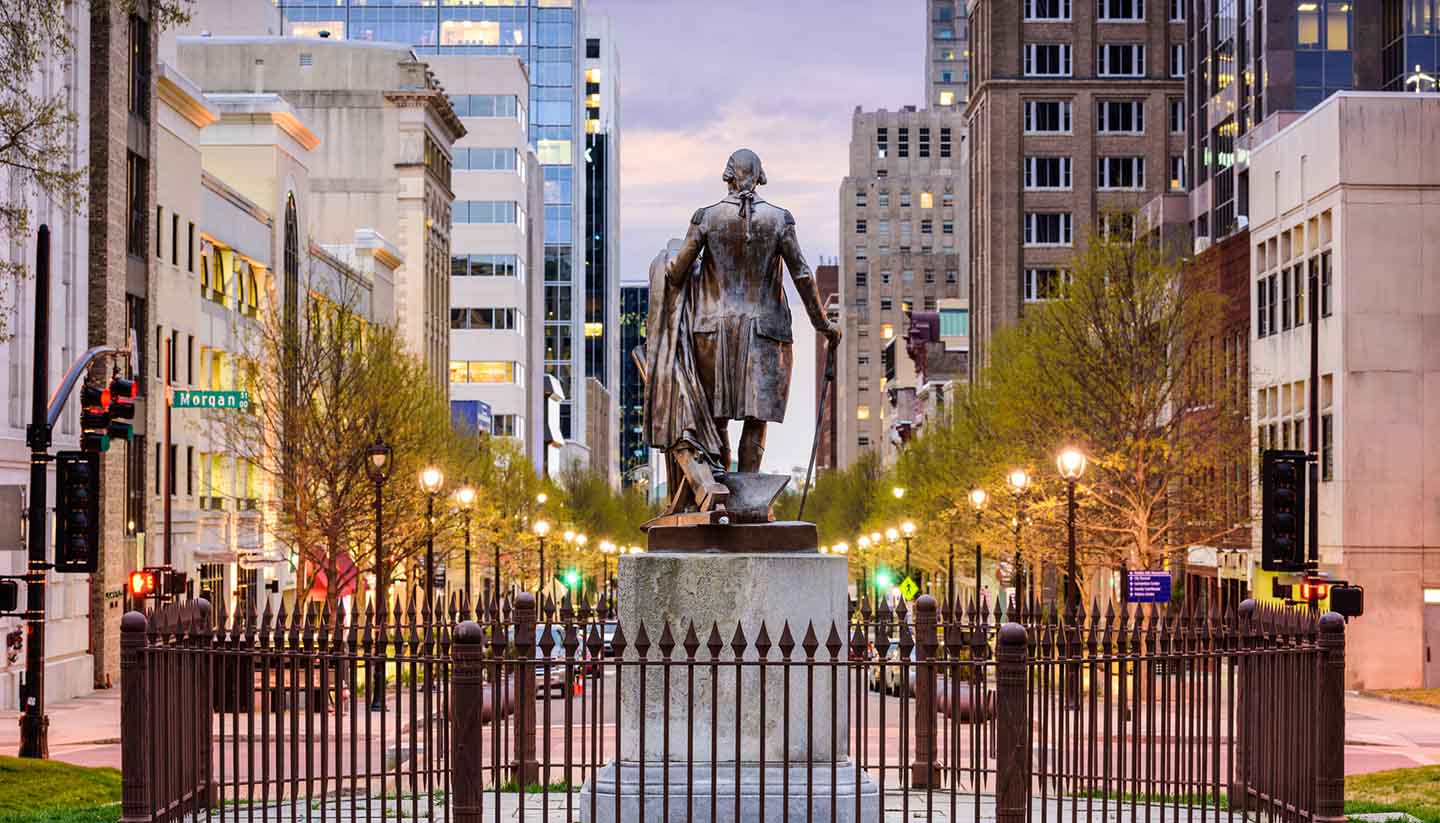 North Carolina was home to prehistoric societies long before it obtained statehood. Following an expedition led by Juan Pardo, Spanish explorers arrived in North Carolina in the 1560s forming a settlement around Fort San Juan. San Juan along with five other forts were destroyed in an attack by the native population about a year later. All but one of Pardo’s men survived.

Bestowed a charter from Elizabeth I, Sir Walter Raleigh made ground in North Carolina, at the time called Virginia, in 1584, in the hope of starting an English settlement. However, his two colonies failed. What happened to the “Lost Colony” of Roanoke Island remains a mystery.

English settlers in Virginia started to venture south to North Carolina in the 1650s. In 1710 Carolina was divided into North and South. By 1729 the Crown officially pronounced North Carolina a royal colony. Northerners began to migrate to North Carolina as the slave population increased on the tobacco and rice plantations.

In 1776, North Carolinian politicians signed the Halifax Resolve, the first step in the call for the Colonies’ independence from Britain. A new constitution was drafted later that year and in 1787, despite resentment from some sides, North Carolina was the 12th state to ratify the US Constitution.

Railroad tracks were set in place between the coastal city of Wilmington and Raleigh, the state capital, in 1836. Despite its railway infrastructure, North Carolina remained overwhelmingly agricultural. In 1860 one-third of the state’s population were African American slaves. At first, North Carolina was apprehensive in seceding from the Union, but after the attack on Fort Sumter in 1861 it joined the Confederacy in the Civil War. North Carolina provided the largest contingent of troops to the Confederacy, numbering 125,000. In 1899 a new state constitution severely limited blacks and poor North Carolinians from voting by establishing poll taxes and literacy tests. Soon racial segregation was instituted through Jim Crow laws.

North Carolina’s farmers were hit hard during the Great Depression of the 1930s, with the New Deal and other federal relief programmes proving vital for revival. Such economic boost was seen during WWII when North Carolina became the largest supplier of textiles to the war effort.

In the 1930s activism again racial segregation gained momentum within the North Carolinian black community. By 1960 about 25% of the state’s population were black. That year black college students in Greensboro started the first sit-in at Woolworth’s lunch counter, inspiring more sit-ins throughout the South. Desegregation of public facilities was then established. The Federal Civil Rights Act of 1964 and Voting Rights Act of 1965 rang in a new era in North Carolina and across the once-segregated South.

Protestant Christianity is the majority religion in North Carolina with the Church of the Southern Baptist Convention as the largest denomination followed by the United Methodist Church and the Presbyterian Church. There is a significant minority of Roman Catholicism followed by Judaism and Islam.

North Carolinians are known for their Southern Hospitality by being accommodating and courteous to visitors.

English is the main language spoken within the state, but there is a small minority of Spanish and French speakers.