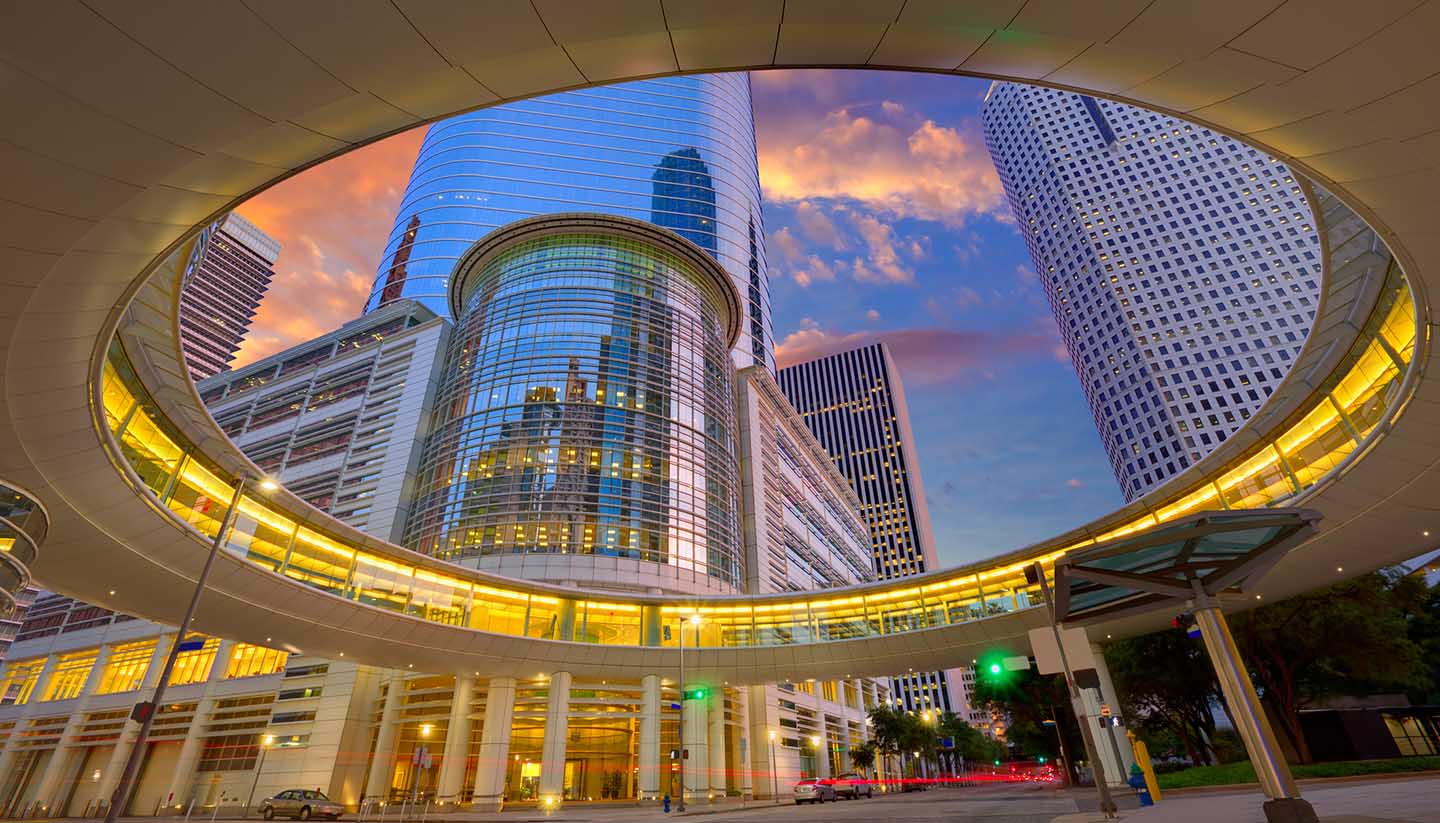 Fondly known as the Bayou City, once nicknamed Space City, and widely recognised as the energy capital of the world, Houston was founded in 1836 (by brothers Augustus and John Allen) on the banks of Buffalo Bayou.

The city is named after General Sam Houston, of the Texas Army, that won independence from Mexico. Within a year of its foundation, Houston became the capital of the Republic of Texas until 1840, when that honour was transferred to Austin. However, this republic was rather short-lived as Texas joined the USA in 1845.

Houston’s early days weren’t what you’d call glamorous. Muddy, boggy and rife with yellow fever, it’s a wonder anyone chose to stay at all. Yet stay they did. The Allen brothers sold lots faster than they could count their fortune, the city began to sprawl, and it hasn’t stopped since.

Houston emerged as a thriving commercial centre, particularly for cotton. Railroads converged here, and boom times were ahead when oil gushed out of the land at the very beginning of the 20th century which resulted in the deep-water Port of Houston being established.

Demand for petrol escalated in WWII and associated industry mushroomed. The population increased as people sought jobs in the oil industry as well as the newly opened space centre. However, the oil crisis in the 1980s sent the city into a deep recession.

Houston has emerged as a city with more diverse industry, less reliant on oil, and is at the forefront of cutting-edge technology. In the 21st century it is a city of science, medicine, engineering and high finance with many headquarters of global companies based here.

Did you know?
• Houston opened its first theatre three years before its first church.
• Houston was the first word uttered from the moon. Or was it? Buzz Aldrin disputes this, and says he actually said ‘Contact light, engine stop’ as the shuttle touched down.
• Houston has sprawled so far, it now covers an area larger than New Jersey.

The original luxe Sydney hotel, the Four Seasons boasts one of the best views around. Located in the historic Rock’s area, overlooking the Opera House and the Sydney Harbour Bridge, the hotel’s 531 luxurious guestrooms and suites all feature a 42- inch LCD television, iPod/MP3 player connectivity and wireless internet access. The spa is one of the best in the city and facilities include steam, sauna and Sydney’s largest heated outdoor pool.