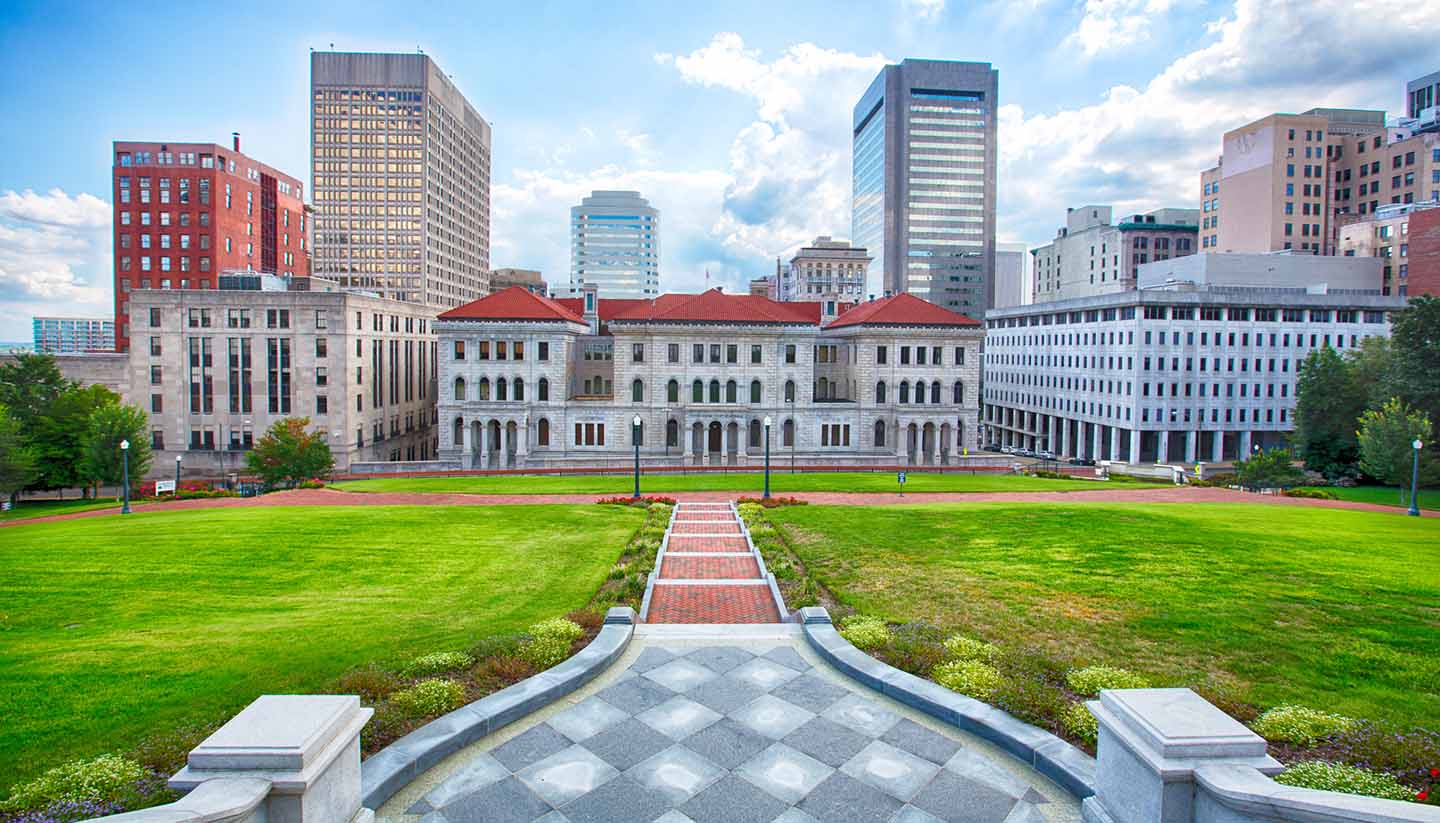 Virginia was first inhabited by several Native American tribes,the largest being the Algonquian. During the 16th century the Spanish made several expeditions with Spanish Jesuits setting up the Ajacán Mission, the first colony in the area. However, this was destroyed after a revolt. Next came the English, who between 1584 and 1587 tried established the Roanoke Colony, their first in the New World. Consisting of two groups, sponsored by Sir Walter Raleigh, the attempt at permanent settlement failed. The final group disappeared completely after awaiting supplies from England for three years. Because there is no evidence of where they went or how they disappeared, they are known as ‘The Lost Colony.

In 1607 Jamestown (named for King James I) was established as the first permanent English settlement, and despite initial struggles, the introduction of new types of tobacco which were better quality than the local variety, soon meant Virginia’s economy thrived on the new cash crop. After almost two decades of the colony being run as a private enterprise by the Virginia Company, Virginia became a royal colony in 1624. Tobacco was to be the driving force of the economy until well into the 18th century.

On 15 May 1776 the Fifth Virginia Convention declared Virginia a free and independent state. After the victory of the Revolutionary War, Virginia prospered as export markets in Europe reopened for its tobacco. The state wielded strong influence throughout the nation, evidenced by the fact that four of the first five presidents of the US were Virginians.

During the Civil War, Virginia decided to secede from the Union and join the Confederate States in 1861 and was rewarded by moving its capital from Montgomery, Alabama to Richmond. The western counties of Virginia, however, did not side with the Confederacy and broke away, renaming themselves the Union state of Virginia. In 1863, Congress approved for West Virginia to become the 35th state. Several battles were fought in Virginia for the remainder of the Civil War including Seven Days Battles, the Battle of Fredericksburg, and the Battle of the Wilderness. In 1865, Virginia returned to union control after Richmond was burned down by a retreating Confederate army.

The complete devastation caused by the Civil War led President Andrew Johnson to institute a plan for reconstruction of the state, overhauling infrastructure and legislature. During this time, Virginia passed the Black Codes, which severely restricted Freedmen’s rights, ratified the 13th amendment to abolish slavery and revoked the 1868 ordinance of secession. In the late 19th century and early 20th century, Virginia went through several reforms designed to modernize the state, increase efficiency, and promote education and eliminate waste and correction.

During the Cold War, Virginia saw new growth and prosperity as Federal government agencies were built in Virginia and new higher education institutions were founded. Virginia today has a diversified economy, with technology, public sector and agriculture the main sources of income, and one of the lowest rates of  unemployment in the US.

During the Civil Rights movement of the 60s, Virginia resisted federal court orders requiring the end of segregation and drew out a package of laws known as the Stanley plan to try to evade racial integration in public schools. It eventually relented to US Supreme Court rulings.

More recently, Virginia was a target of the 9/11 attacks when a hijacked plane crashed into the Pentagon, killing 189 people.

Because the state is sandwiched between the South and the North, it can be varied in culture and while regions like Piedmont have a strong Southern culture, urban cities like Richmond have a more alternative culture. Virginia is proud of its rich history and Colonial Williamsburg is a whole town dedicated to reliving its colonial history.

English is the primary language spoken in Virginia. Like most other US states, Spanish is also widely spoken with around 5% speaking the language.