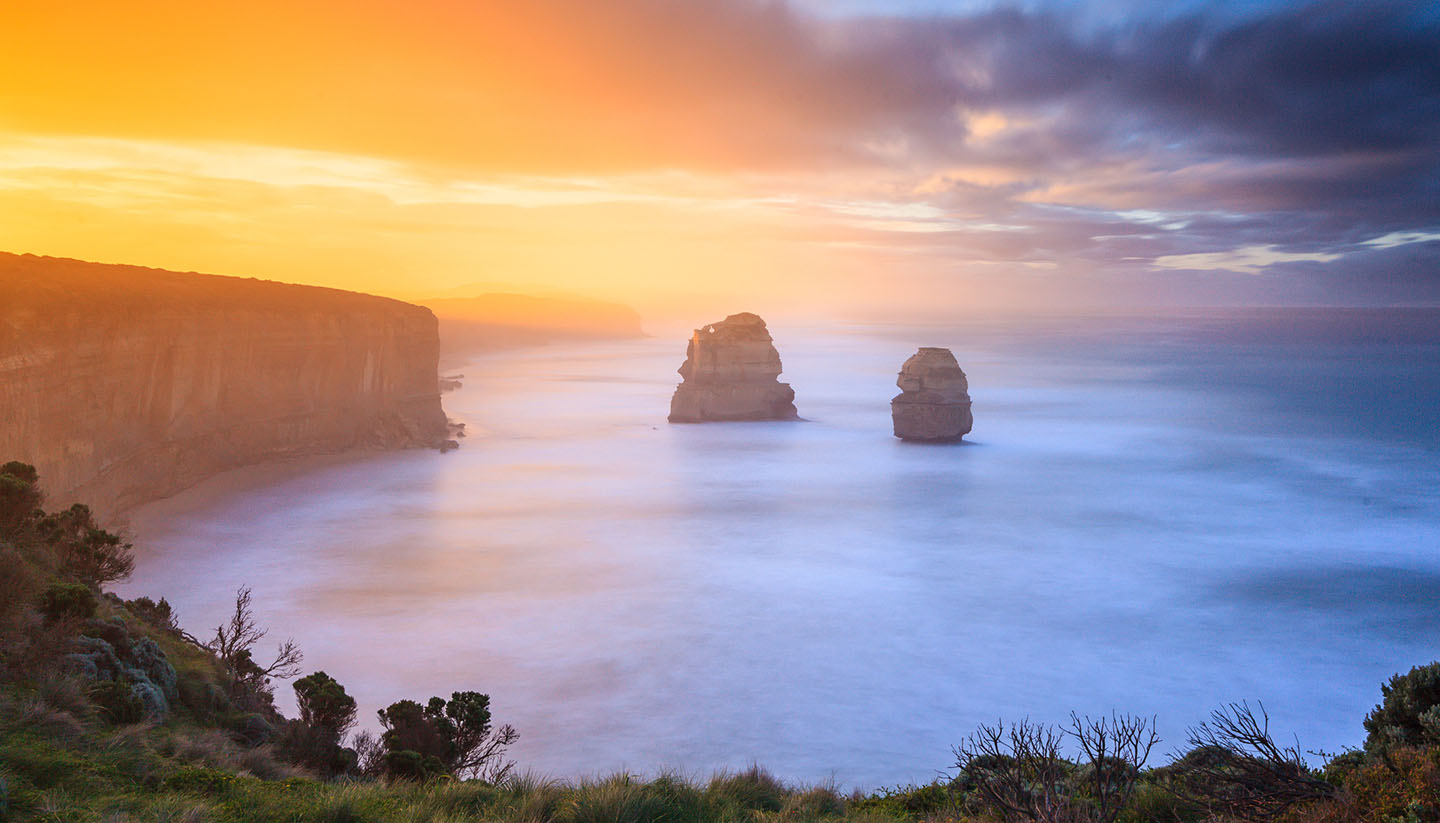 Hot summers and relatively cool winters. Rainfall is distributed throughout the year. Southern areas can have changeable weather even in summer, often with four seasons' weather in one day.

Lightweights during summer months with warmer clothes needed during the cooler winter period, especially in southern areas and Melbourne. Sunglasses, sunhats and sunblock lotion are recommended for most of the year.

Victoria is Australia's most diverse state and its major agricultural and industrial producer. Located in the southeast, bordered by South Australia and New South Wales, its landscape consists of mountains, rainforests, deserts, snowfields, beaches, vineyards, wheatlands and market gardens. The Australian Alps are only three hours away from Melbourne and the Great Ocean Road to South Australia is a day's drive. Victoria has 32 national parks, amounting to a third of Australia's total.