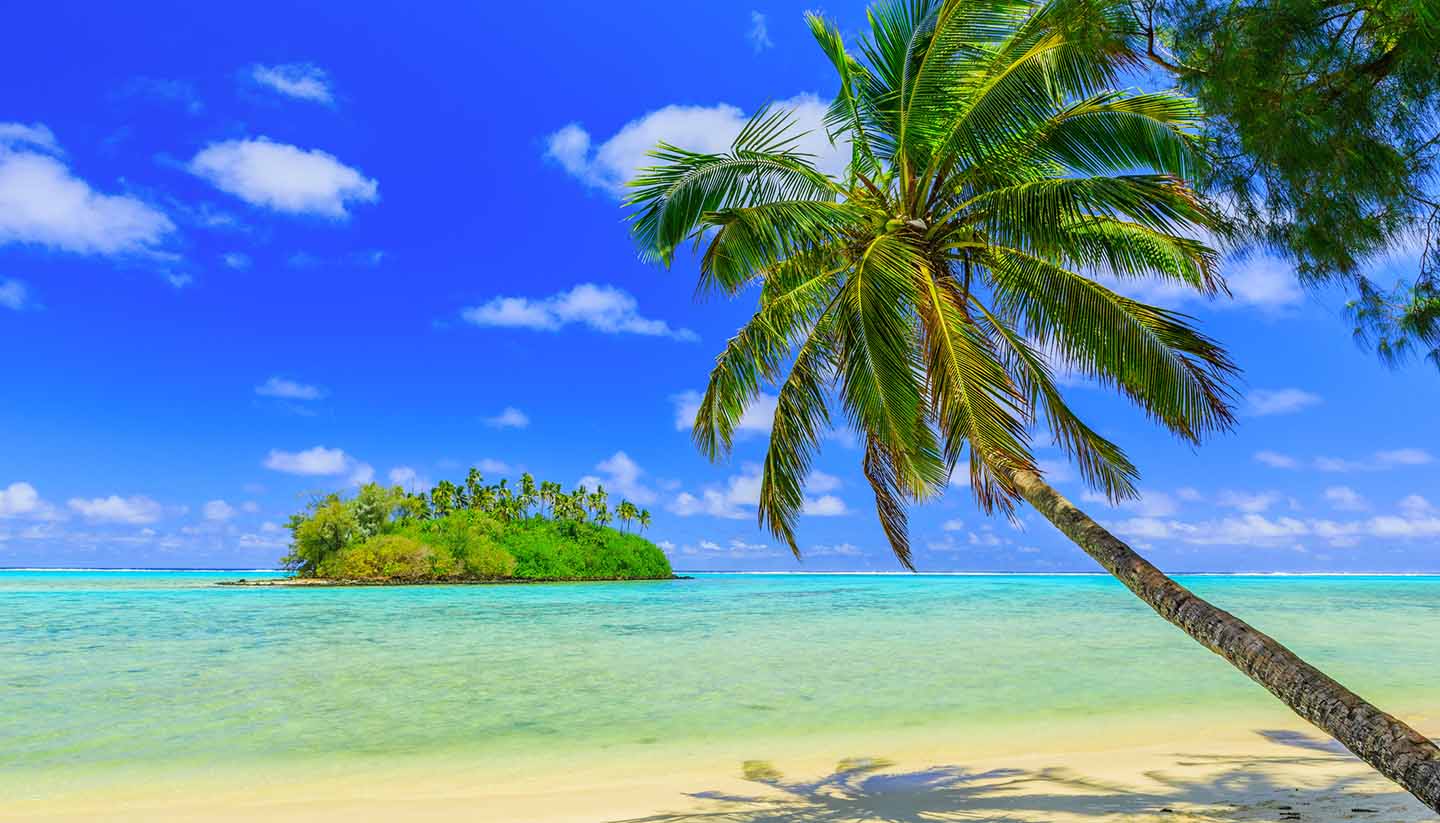 Although in 1773 Captain James Cook became the first European to lay eyes on the Cook Islands, he originally called than the Hervey Islands. The name Cook Islands actually originates from a Russian naval chart produced in the 1820s.

However, credit for the discovery of the 15 islands and two reefs that make up the modern country must go to the Polynesians, who came across them during their great migratory journeys over the Pacific in the seventh and eighth centuries.

Mutineers from HMS Bounty are thought to have rediscovered the main island Rarotonga in 1789, although the first recorded landing by Europeans was in 1814. It didn’t go well and sailors fought a bloody action with Islanders that left many dead on both sides. A return party seven years later was more peacefully received and Christianity soon spread. In 1888 the Cook Islands became a British protectorate and in 1900 were annexed and declared part of Her Britanic Majesty’s dominions. In 1901 the Islands were included within the boundaries of New Zealand.

In 1949 the Islanders were British subjects granted New Zealand citizenship and in 1965, the Cook Islands achieved self-government as a New Zealand Dependency. There are no plans and little pressure to change this status.

Executive power is formally held by the New Zealand High Commissioner, but is effectively devolved to the cabinet. The House of Ariki, which is composed of all the paramount chiefs of the Cook Islands, serves as an advisory body. Advice is given on legislation concerning customs and traditions, though the House of Ariki has no powers of legislation itself. New Zealand is responsible for defence and foreign affairs.

Cook Islanders are citizens of New Zealand, but identified as Cook Islands nationals, a status not enjoyed by other New Zealand citizens.

Although tourism is a mainstay of the local economy, with around 100,000 visitors a year, other sectors include offshore banking – the Islands specialise in controversial asset protection trusts that allow investors to shelter assets from creditors – as well as pearls, marine and fruit exports.

Dress code is informal, though modest attire should be worn when visiting towns or villages. Women are expected to wear dresses for church services and social functions.

The official languages are English and Cook Islands Maori.