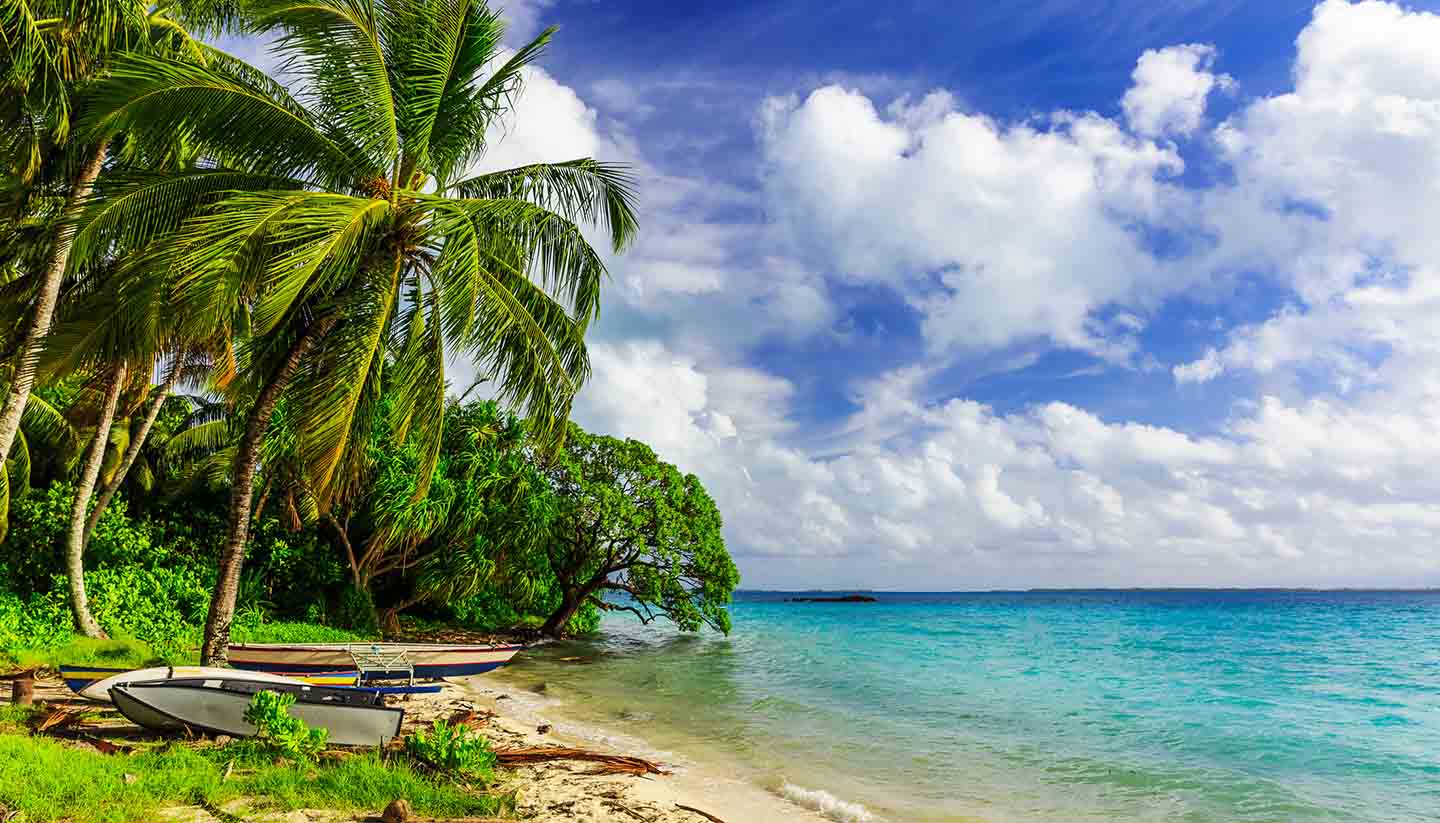 There are indications of prehistoric migrations from South East Asia, but the present inhabitants of Kiribati descend mainly from a Samoan influx during the 13th to 15th centuries. Following European discovery, Kiribati came into contact with other Pacific islanders and the Chinese; traces of this intermixing remain in both the population and culture. Village government in Kiribati continues in the pre-colonial mode. In 1892, Kiribati became part of the British colony of the Gilbert and Ellice Islands, and was administered by the West Pacific High Commission in Fiji. The islands were occupied by the Japanese during World War II, and were the site of some of the fiercest fighting between Japan and the USA.

The transition to independence began in 1963 with the formation of legislative and executive councils under the supervision of a British Governor General, who performed the functions previously exercised by the High Commissioner. The Legislative Council later evolved into the Maneaba ni Maungatabu (see Government section). In 1975, the Ellice Islands seceded from the main group to form the separate territory of Tuvalu. The remaining Gilbert Islands, along with a few smaller islands which the colonial authorities had tacked onto the group, became the independent republic of Kiribati in July 1979. Ieremia Tabai, a veteran of Kiribati politics, won the first three post-independence presidential elections, held in 1982, 1983 and 1987.

Constitutional restraints prevented him from standing at the election held in late 1991, but he continued to exert considerable influence on the Government through his successor, former Vice President Teatao Teannaki, until the latter was turned out of office in September 1994. The victor, Teburoro Tito, was a member of the Maneaba Te Mauri (MTM), which had been in opposition to the dominant National Progressive Party (NPP), to which Tabai and Teannaki were both affiliated. Tito was re-elected at the election in November 1998. Simultaneous Maneaba elections returned the MTM as the largest bloc once again, although independents continued to hold the balance of power.

The policy issues preoccupying Kiribati at present are economic and environmental. The weakness of the economy has led to what is widely seen as an over-dependence on foreign aid (see Business Profile section). The Government is also deeply concerned by the prospect of global warming as none of Kiribati's land lies more than 2m above sea level. A further issue, that of overpopulation, has been tackled by resettling several thousand people along with several hundred asylum seekers rejected by Australia on the relatively remote Line Islands and Phoenix Islands.

Like the other Pacific islanders, the people are very friendly and hospitable and retain much of their traditional culture and lifestyle. In this casual atmosphere, European customs still prevail alongside local traditions. Although in official correspondence the Western convention of signing names with initials is adopted, it is more polite (and customary) to address people by their first name. Bikinis should not be worn except on the beach. Nudity and overly-scant swimming costumes are forbidden by local law.