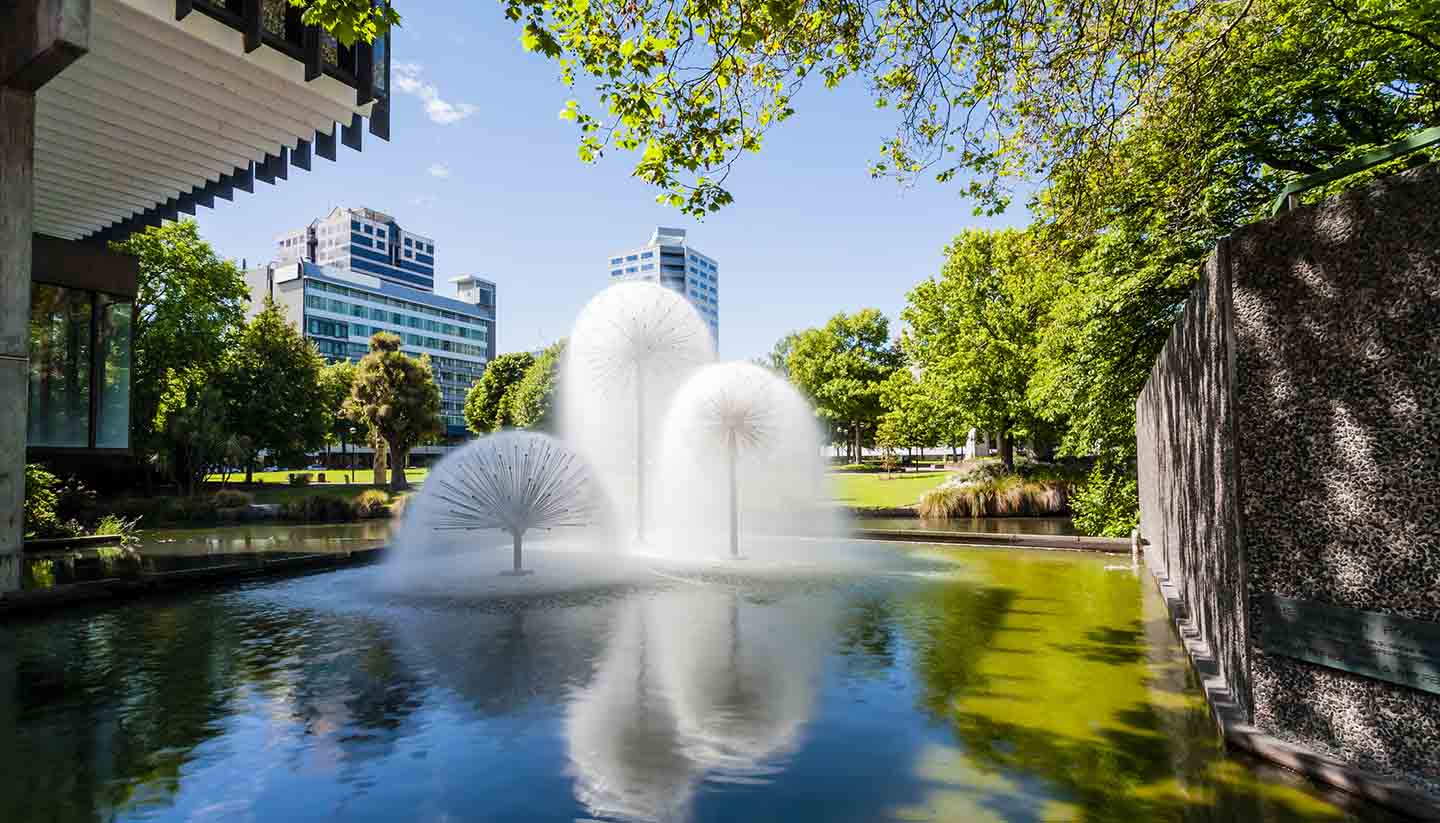 Christchurch, the largest city on New Zealand's South Island, has bounced back from the devastating earthquakes of 2010 and 2011 in an admirable manner.

Once characterised by wide tree-lined avenues, heritage buildings and British-style atmosphere, Christchurch now finds itself reinvented. But don't feel for a minute that this is a "dark tourism" destination – the creative locals breathing new life into the city have made it more than a worthy destination.

Following the earthquakes, more than 70% of the buildings in the CBD were marked down for demolition, but now boutique hotels, new bars, independent stores and public artworks have sprung up in their place.

The city's always impressive green space remains intact, but alongside the likes of Hagley Park and its Botanic Gardens you'll also find a range of innovative construction projects such as Re:START, a shopping and dining complex located in old shipping containers.

Elsewhere, the so-called Cardboard Cathedral was unveiled in 2013 – a remarkable construction that seats 700 people and uses thick cardboard tubes to form an A-shaped roof.

Still known as the Garden City, Christchurch lies at the southern end of Pegasus Bay, halfway along the South Island's east coast. Outdoor thrills are rarely far away: the Mount Hutt ski area in the Southern Alps is just an hour's drive west from Christchurch, while whale-watching tours can be incorporated into day trips to Kaikoura, a few hours north.

A few historic buildings do remain in the city centre. The old tram is back looping a track that runs through handsome New Regent Street and The Square, before passing the Arts Centre and the Gothic revival building that houses the Canterbury Museum. As well as telling the story of the city's past, the museum houses numerous artefacts from Antarctic expeditions as Christchurch is an "official gateway city" to the Great White Continent.

Novotel Christchurch is a landmark hotel located in the heart of the Square, beside the once-iconic Christ Church Cathedral. Facilities include a bar, restaurant, fitness centre and guest laundry. It's only moments to the main city attractions, including the Shipping Container Mall, the historical New Regent Street and Hagley Park.

Situated in the less quake-damaged area, northwest of the city centre, this hotel complex prides itself on offering a 'home away from home', and includes accommodation, food, drinks, gaming and entertainment. It's handy for access to the city centre, airport, shops, cinemas, golf course and beaches. A large buffet-style restaurant, Sequoia, is also available.

With beautiful period features, Eliza's history spans three centuries. This grade II historic, wooden house was built in 1861 by one of the city's founding fathers, before being restored and turned into a hotel in 1981. It's within easy walking distance of the gardens, museum, and New Regent Street while just around the corner is Victoria Street with its plethora of restaurants and bars. The hotel's delicious cooked breakfast will set you up for your day of exploring the city.

If city centres are not your cup of tea, try staying in suburban Hornby, which was largely untouched by the quake. Beside State Highway 1, this hotel is also ideal if you are heading further south. Rooms range from executive to budget, and are set on lovely grounds with a music bar, lots of outdoor seating, and a miniature railway model. The hotel is also located near a large shopping centre.

Set in an elegantly restored historic home dating from 1882 and within walking distance of the city centre, Merivale Manor is a perfect home away from home. Choose between studio or suite accommodation with luxurious amenities such as jetted tubs, full kitchens and laundry facilities. Breakfast is included in the rate.

Around a 5-minute drive from the heart of Christchurch, and with a bus stop on its doorstep, Haka Lodge is a good budget choice for those wishing to stay close to the centre of the action. The lodge offers a range of accommodation options, from shared rooms and hotel standard private rooms to a two-bedroom apartment unit. Haka also features a communal kitchen, free unlimited Wi-Fi, a chill out area and a verdant garden.