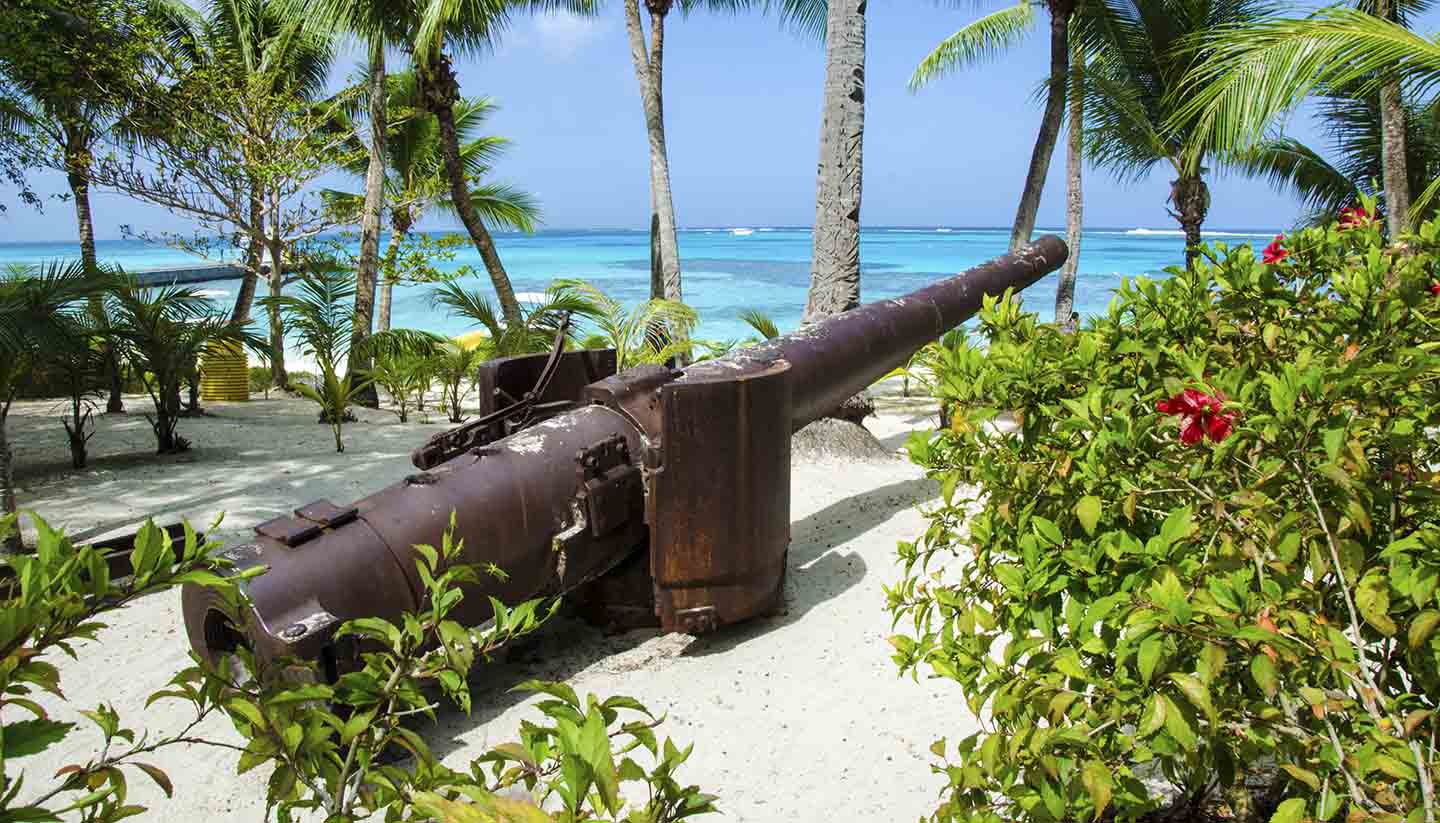 The Northern Mariana Islands consist of a chain of 14 islands nearly 89km (55 miles) in length. Volcanic in origin, they host a variety of scenery including beautiful bays, spectacular cliffs, caves and mountains.

Because of the islands' location they played a significant part in World War II, having been tussled over by the US and Japan, and the many shipwrecks around the coast bear witness to this. Diving in the clear waters is popular, both for exploring the numerous coral reefs and the the jaw-dropping wrecks on the ocean floor. It was also from here – namely the tiny island of Tinian – that the US sent B-29s to drop the atomic bomb on Japan.

There are quite stark contrasts on the island. The capital of Saipan is overly commercialised for the tastes of many, full of tourbuses and characterless modern buildings. But it is also busily adjusting to ongoing economic woes, largely linked to the near-disappearance of what was once a thriving Japanese-tourism market.

Beyond Saipan, traditional Chamorro culture endures, if not completely intact. These islands were settled by émigrés from South East Asia as long as six thousand years ago, with the islanders' ancestors are known to have built a network of giant megaliths, little of which has survived. In 2013, archaeologists theorised that the first settlers of the Marianas made the longest uninterrupted ocean-crossing voyage in the history of humanity. Archaeological evidence also points to Tinian being the first Pacific island outside Asia to have hosted settlers.

Beyond the history, both wondrous and grim, the Northern Mariana Islands enjoy white beaches, azure waters and stunning flame trees. Hiking and snorkelling count as the main leisure activities here, and both are highly rewarding. The incredible sunsets are also not to be missed.