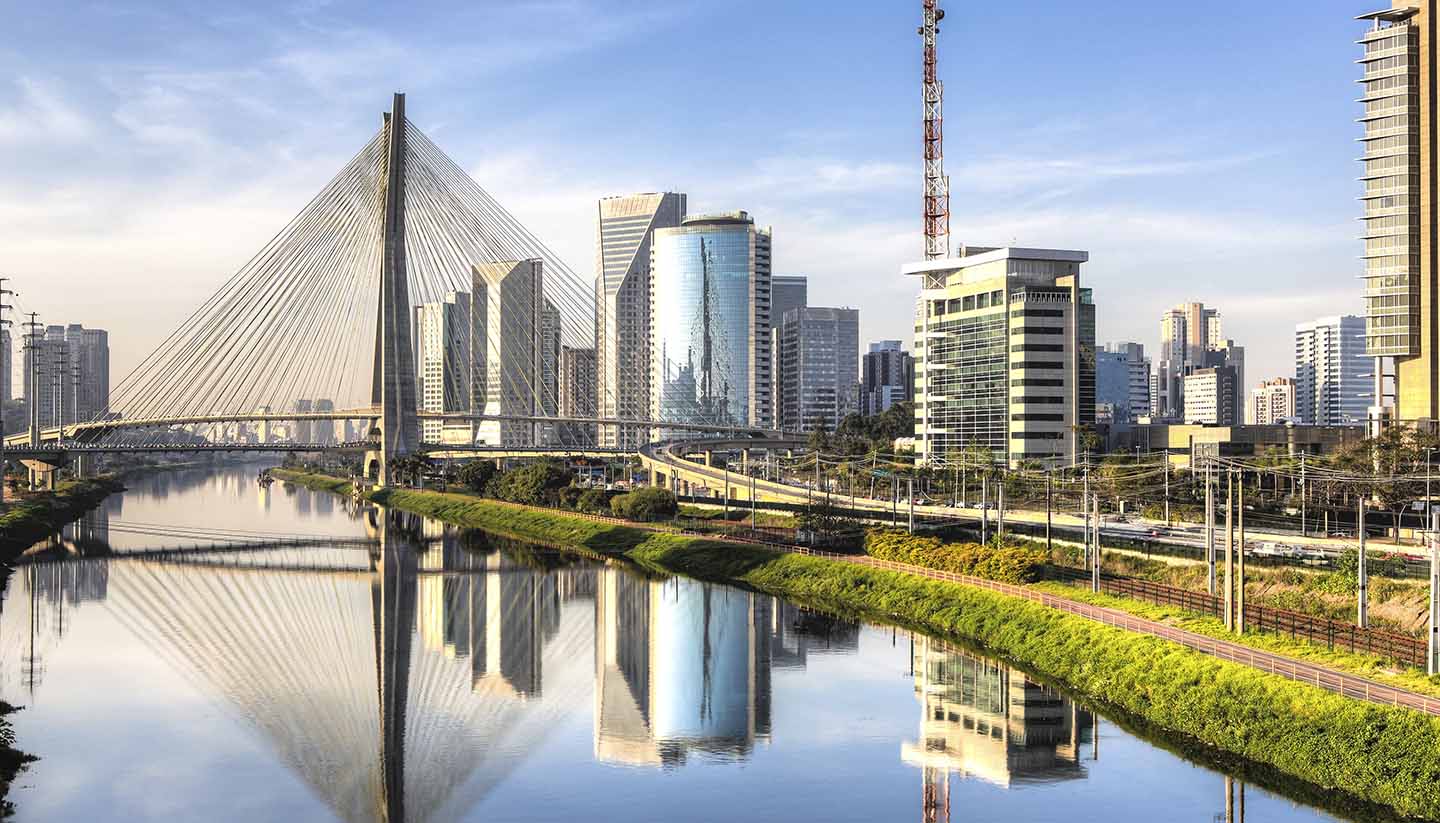 São Paulo has a lot to brag about. Known for being Brazil's financial capital, the city has recently developed into a vibrant metropolis with an increasingly exciting nightlife, food and fashion scene.

Immigrants are the backbone of this city, as São Paulo boast the largest populations of Japanese and Italian descendants outside of their home countries, as well as sizeable Arab (namely Lebanese and Syrian), Chinese, Armenian, Lithuanian, Greek, Korean, Polish, and Hungarian populations. This diverse mix of nationalities breeds plenty of interesting restaurants, bars, theatres and museums. In a single day in the city, you can eat everything from sushi to pizza to mezze.

If there's one thing that Paulistanos know how to do well, it's how to have fun. The explosion in bars and clubs rivals the likes of London, New York and even Rio. Savour an eclectic mix of nightspots offering everything from sophisticated lounges to foot-tapping samba beats.

Planning a trip to São Paulo may seem challenging at first as there are no classic must-sees, but don't worry. There are ever-changing art exhibitions, a myriad of museums and gorgeous parklands woven into the city between scads of shops, malls and skyscrapers.

Pop into the neo-Gothic São Paulo Cathedral, with it's immense and spectacular dome. Or stroll around the historic Bom Retiro district rife with architectural gems. A trip to São Paulo won't involve checking attractions off your list one by one, instead, you'll have to slowly absorb the city as you find favourite local haunts. São Paulo doesn't have Rio's effervescent samba beat or sun soaked beaches, but it has a unique personality you won't find anywhere else in the world. This vast inland metropolis is bold, energetic and very much in a league of its own.

This hotel's ethos is opulent familiarity, hence why new arrivals are greeted by an inviting sunken lounge bar of plump leather sofas, with reception concealed within a Babylonian brickwork interior. The theme of easy decadence flows into the rooms with lots of wood and timeless leather furnishing. The Italian cuisine within the sparklingly lit Fasano Restaurant, under chef Salvatore Loi's direction, is one of São Paulo's finest. Naomi Campbell and Yoko Ono are among illustrious past clients.

Popular with business clientele yet conveniently enough located off Avenida Paulista to crack the leisure market. The 76 rooms of this Portuguese chain offer ample comfort for those on the move with iPod docking stations and Wi-Fi. With a beautiful falling staircase and striking artworks on the wall, this hotel oozes grandeur, yet comes at a reasonable price.

Only in the moderately priced bracket if booked in advance because this is a luxurious residence bearing the hallmarks of quality expected from a Grand Hyatt. Located in the Pinheiros financial district it has all the amenities you could wish for including high speed internet a choice of bars and restaurants 466 rooms and suites and an exemplary spa. The Wine Library bar offers guests a giddying choice of 2 500 bottles. Breakfast included.

This 198-room hotel in São Paulo with its mammoth convention centre flatters beyond its 4-star billing. The rooms behind Excelsior's art-deco frontage are plain and businesslike yet excellent value. Wi-Fi is free rooms come with LCD TVs and there is a bar and fitness centre onsite. The location is also close by downtown Praça da República with nearby cultural icons such as Teatro Municipal and Edificio Copan. Staff speak English and can help book tickets and tours. Breakfast included.

Like a stranded copper-green Noah's ark, renowned architect Ruy Ohtake's fantasy creation is the pinnacle of imaginative design. Every inch of this boutique São Paulo hotel near Ibarepuera Park is surreal. Rooms with arched wooden floors reflect the hotel's curvature, and furnishings are sci-fi chic. A blood-red swimming pool on the rooftop tops off this extraordinary architectural adventure.

This modern skyscraper offers good rates for travellers in the thriving commercial district of Itaim Bibi with fabulous vistas towards Moema district from the corporate top floor rooms. The Staybridge is also conveniently incorporated into an open mall with a cinema gym and restaurants so there's no need to risk life and limb crossing busy surrounding roads to go out.