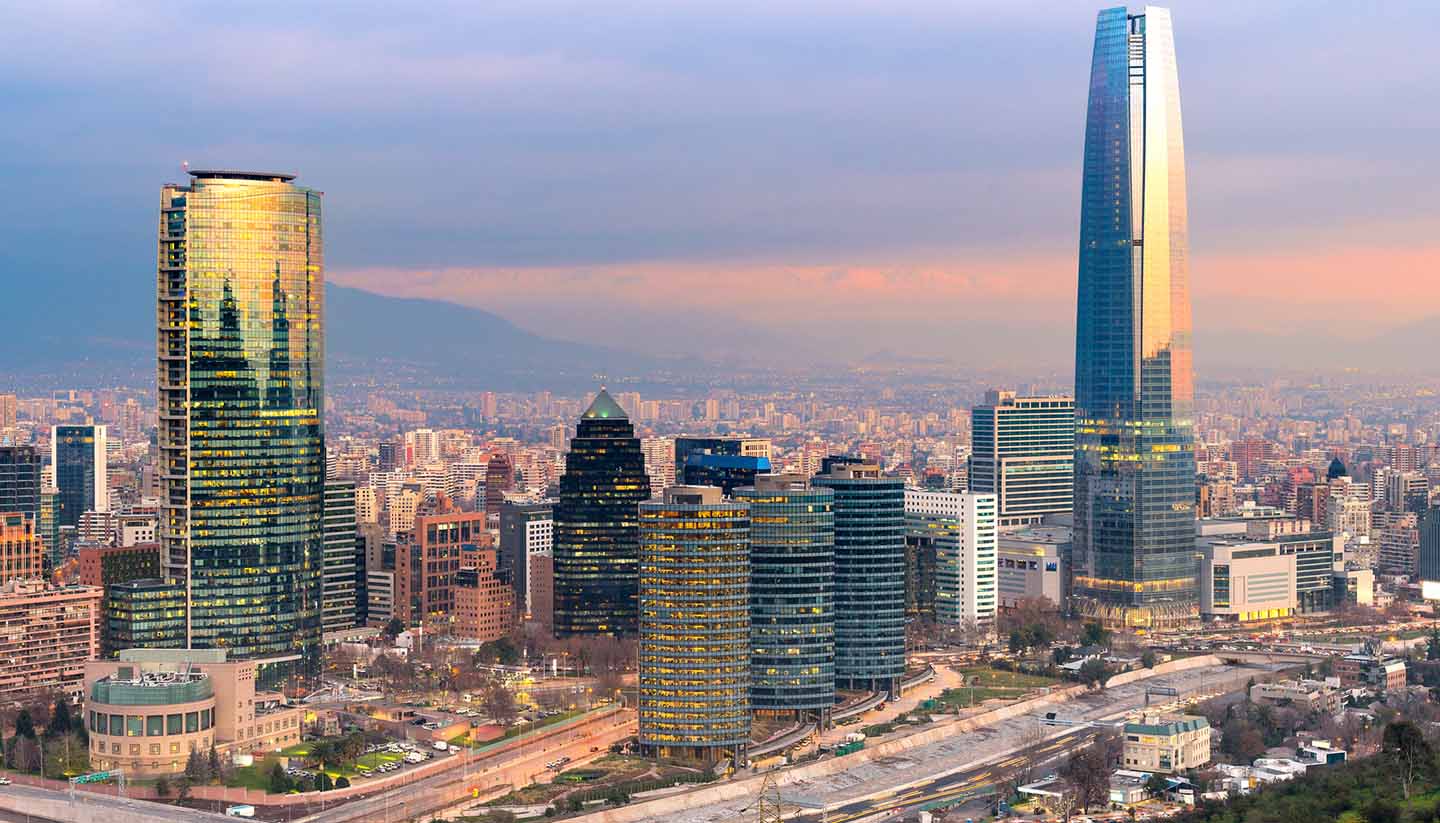 Chile as a whole is a spirited, effervescent destination, so it stands to reason that Santiago, its proud capital, is no different. A distinctly South American web of colonial architecture, Latino passions and 24-hour streetlife, it’s the financial, political and cultural hub of the country.

The city is a product of its setting: sprawled across the fertile Santiago valley, 100km (62 miles) from the Pacific coast, it’s dominated by the vast belt of the Andes to the east and a smaller coastal mountain range to the west. After independence from Spain in 1818, Europeans sailed in their thousands to start a new life around the valley. Its proximity to the ocean is still felt, most readily in the city’s love of seafood - don’t miss the clatter and thrum of the Mercado Central fish market.

Santiago is also somewhere full of contrast. Fine art galleries compete with cutting edge contemporary spaces. The shimmering towers of the financial district (known as “Sanhattan”) contrast with the edgy street art downtown. The pavement bars of the Bellavista district have a wholly different vibe to the upscale restaurants of high-income Vitacura. And elsewhere, the 18th-century cathedral is reflected in a glass-fronted tower block.

However, for all its different influences, the city has not lost sight of its indigenous heritage. It may be a crude example, but the biggest football team in the city, Colo Colo (arch-rivals Universidad de Chile might quibble with that description) has an indigenous Mapuche cacique on the logo. And Chileans of all backgrounds admire and identify with the Mapuche as a symbol of the country’s strength and independence, whether in the face of violent regimes or natural disasters.

The dark days of the Pinochet era are remembered by monuments and museums such as Villa Grimaldi Peace Park and the remarkable Museum of Memory and Human Rights. The latter deals with world atrocities, but has a major section on the bloody coup that saw Salvador Allende – still a hero to many – ousted from power in 1973.

Starwood Hotel's W chain has landed in Santiago, with a blaze of imaginative lighting, colourful fittings and quirky furnishings. Compared with many of the W hotels around the world, this is tempered slightly by Chile's conservative tastes – no bad thing. The 168 rooms are well appointed. The level of service is unsurprisingly high. The rooftop pool is an interesting place to spend a few hours relaxing, and the bar is excellent.

Overlooking the Parque Metropolitano de Santiago, NOI Vitacura provides a sanctuary from the urban bustle of the capital. This sleek high-rise hotel oozes style through its contemporary design and sophisticated suites. The rooftop terrace offers a late night bar, pool and unbeatable views of the Andes on a clear day.

Perhaps the most sensible option of any of the these listings, ChilHotel is practical, comfortable and affordable. On a quiet street within easy walking distance of the Metro in Providencia, it is the sort of place you would be happy to put your parents on a visit to the city with its good-value rooms (although some err on the small side) and polite service.

This beautifully located hotel (right by Cerro Santa Lucía) has been around for a while. It has kept its old style, which means it is chock full of character, although sometimes this spills over into a slightly cluttered feel. However, the service is very attentive and with the arty district of Lastarria right next door, it is one of the best and most affordable options in town.

Setting the standard for hotel opulence in Santiago, this is where the service is impeccable, Egyptian sheets adorn your bed and there is just about every luxury you could possibly desire within the hotel's walls. Gyms, swimming pools, three restaurants and an internationally renowned sommelier are all available to those lucky enough to stay here.

A superb, ambitious renovation makes this colourful converted Barrio Brasil mansion the place to head to satisfy your old bohemian instincts - even though you now have more cash in your pockets. With everything from a games room to a delightful patio with views right over the city, this lovely relaxed place is for former backpackers who can afford to indulge themselves a bit more.