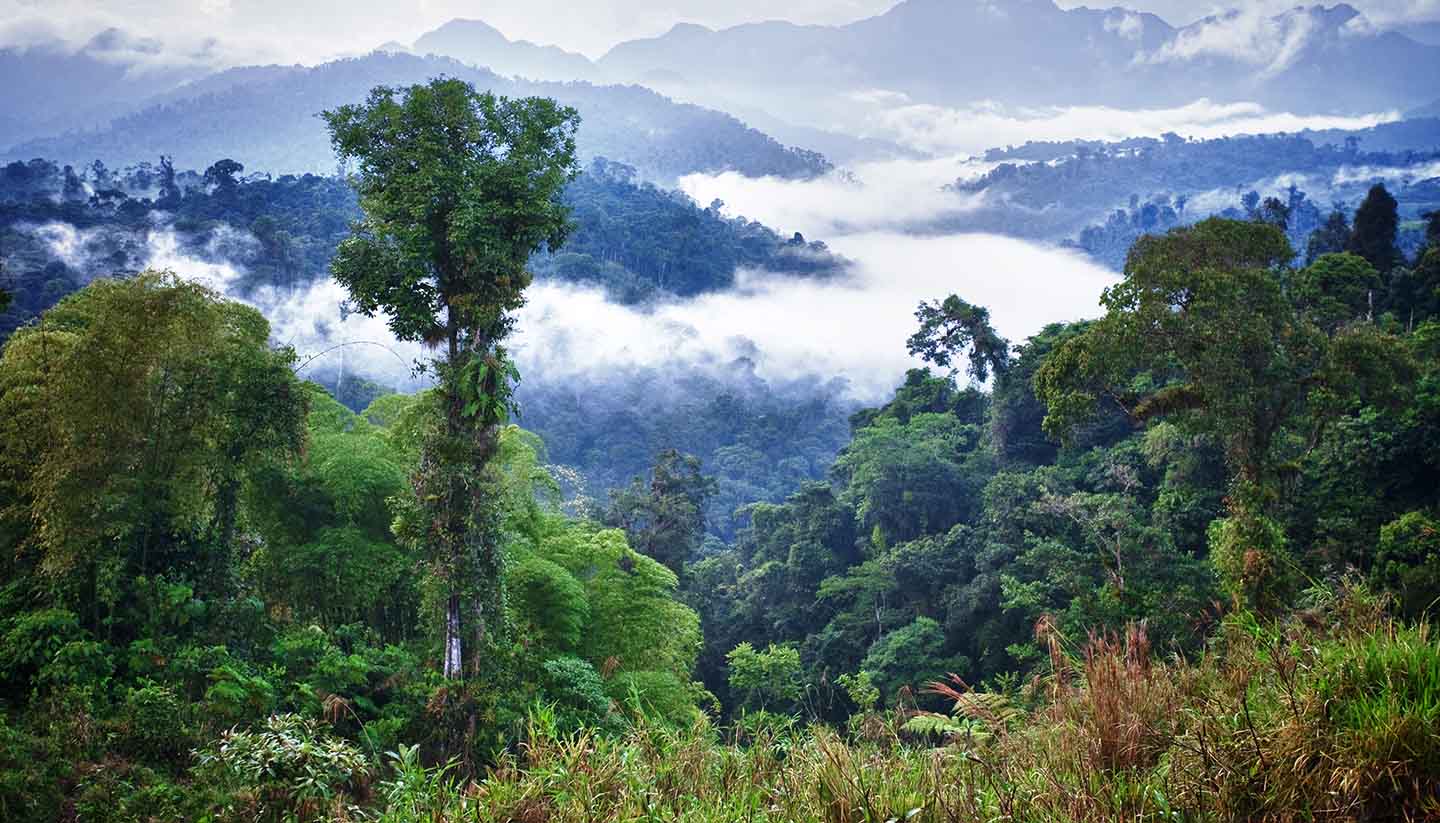 Tiny by South American standards, Ecuador is packed with an amazing range of natural and cultural attractions; a microcosm of everything that is appealing about this fascinating continent. Tucked between Colombia and Peru, Ecuador outdoes its heavyweight neighbours because of, rather than despite, its size. In a single day you could take an early morning safari in the Amazon, drive up through a valley of active volcanoes and past verdant cloud forest before winding down to the Pacific coast in time for a seafood dinner.

Bisected by the equator (hence the name), Ecuador is divided into three distinct regions – Costa, Sierra and Oriente. The coast, or Costa, is hot and dry with sandy beaches, rolling surf and lively Afro-Ecuadorian towns. The mountainous centre, or Sierra, is a place of snow-capped Andean peaks, colonial towns and vibrant local markets. And the tropical lowland, the Oriente, which takes in parts of the Amazon, is home to innumerable species of wildlife and indigenous inhabitants. In addition, Ecuador controls the Galapagos Islands, a wildlife-rich archipelago in the Pacific Ocean, where Charles Darwin developed his theory of evolution.

At the heart of all this is Quito. As well as laying claim to being the world’s second highest capital city (after La Paz in Bolivia) this lofty metropolis has the best-preserved historic centre in Latin America, not to mention an excellent culinary scene, vibrant nightlife and string of world-class cultural attractions.

However, it’s Ecuador’s natural beauty that draws in the crowds. Visitors flock from around the world to admire the wildlife, particularly on the Galapagos Islands, which is home to giant tortoises, whale sharks, sea lions and many more. For those seeking an adrenalin hit, world-renowned scuba diving, exceptional trekking and breathtaking climbing is rarely far away. Whether you explore it on two wheels or four hooves; on a raft, kayak or surfboard, Ecuador is a joy to get to know.