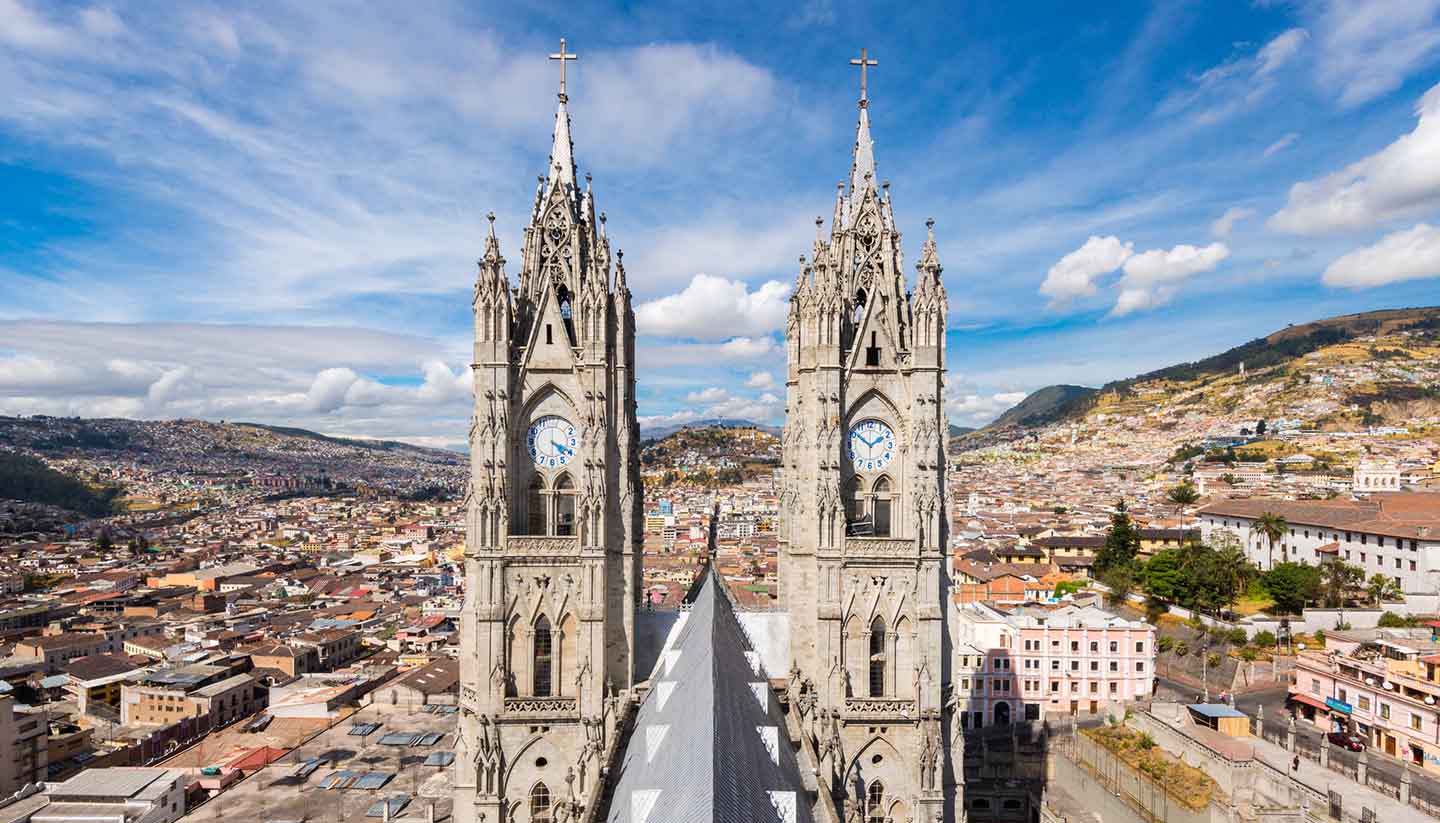 Quito is well connected to the rest of the country by a network of roads of varying quality. They are usually in good condition but some may have many cracks and potholes.

Traffic drives on the right and can often be very chaotic. Driving at night can be dangerous due to frequent robberies. Speed limits are 50kph (31mph) in built-up areas and 90kph (56mph) on highways. To hire a car in Quito, you must be over 21 (a surcharge may apply to drivers under 25) and hold a valid national or international driving licence. Insurance is required.

The main road is Panamericana (Pan-American Highway) that crosses the country north to south. Many of its sections are toll roads run by private companies.

Some bus companies operate private terminals around the city. Check which terminal you need when buying tickets from a travel agency.

After many years of neglect, a huge restoration project led to the reopening of the line from Quito to Guayaquil in 2013.

Chimbacalle, the Quito railway station, is located at Sincholagua and Vicente Maldonado, about 2km south of the Old Town.

This mansion house with a large green patio occupies the site of the former British Embassy. The US and French embassies are both next door. Rooms are spacious, with comfy beds. The kind if somewhat hectic service creates a homey feel. Laundry service and Internet are available.

One of very few accommodation options in the historical centre, this small Australian/Ecuadorian-run hostel is of outstanding value. Full of plants and flowers (hummingbirds feeding on the nectar), it is decorated with murals - the creation of visiting artists from all around the world. The terrace on the fifth floor overlooking the colonial district is unbeatable for a late-afternoon beer.