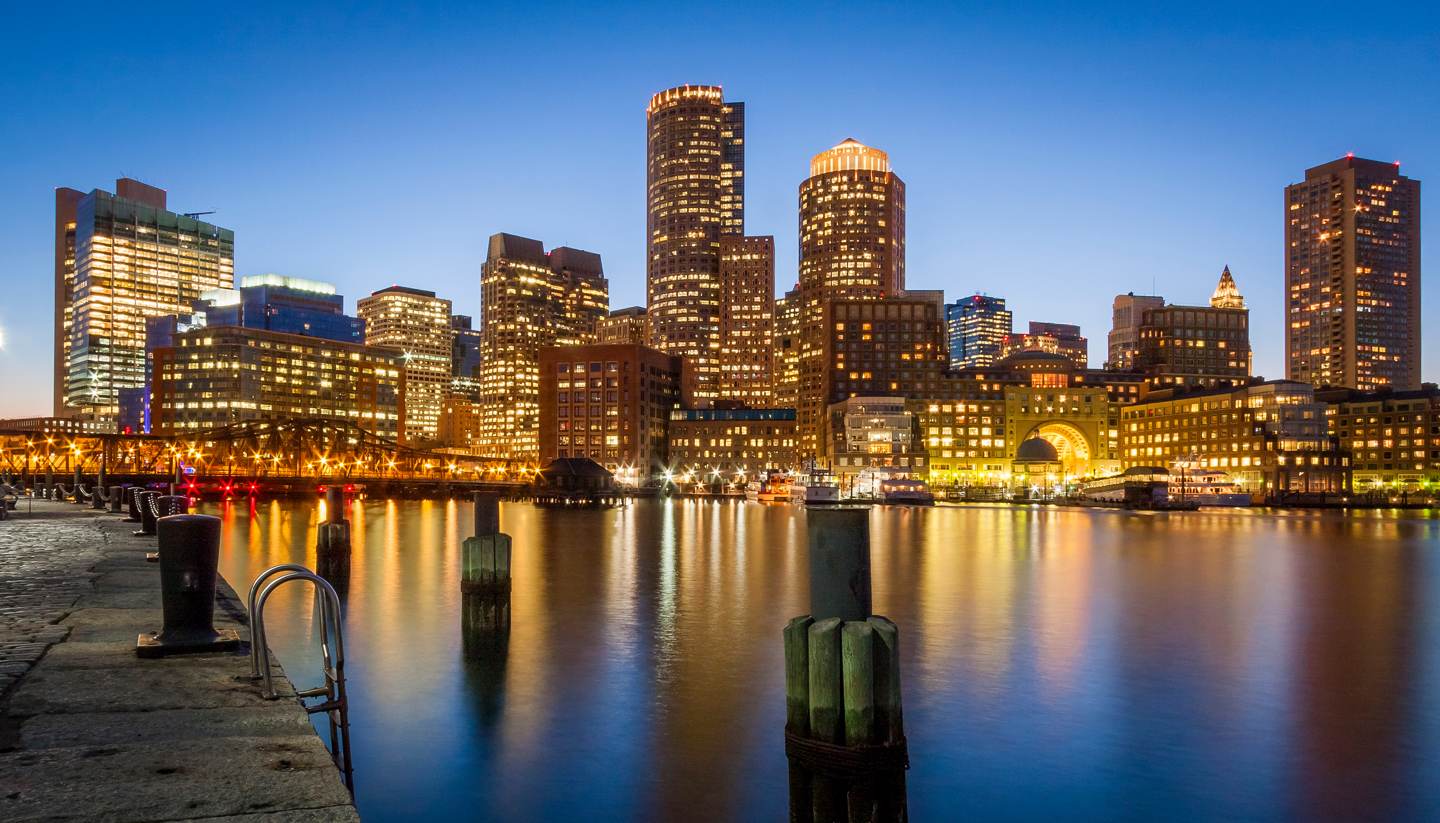 Don’t let those notorious Boston winters fool you, this city can – and has – withstood the test of time. America’s beginnings are so ingrained in the culture of this city that it breathes life into every cobblestone street, rowdy Irish pub, and family-run bakery. Home to the beloved Red Sox, this charming capital is sure to have you proudly sporting this famous baseball team’s jersey in no time.

Spring (March to May) usually begins late, with temperatures in March hovering around 5ºC (41ºF) and gradually increasing to around 23ºC (73ºF) by May. The season brings frequent showers but makes for a pleasant time to visit.

Summer (June to August) is characterised by a typical New England summer – hot and humid. Throughout the season expect sunny days, but also frequent thunderstorms and downpours. The region’s motto is “if you don’t like the weather, wait five minutes”.

Autumn (September to November) is the best time to visit, as the leaves begin to turn different hues. September starts off hot but temperatures decrease quickly and by November it begins to feel like winter as temperatures get to around 7ºC (44ºF).

Winter (December to February) in Boston is magical but infamous for its heavy snowfall. January is the coldest month, with temperatures on average dropping to -5ºC (23ºF). 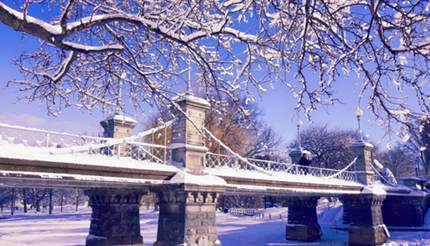 Boston’s subway system, called the “T”, is the oldest in America, and while convenient it is sometimes unreliable. If you are travelling within the city, the T is your best mode of transport and will get you to most popular destinations.

Taxis are plentiful and simple to call from the street or in popular tourist areas but can be expensive and traffic is often congested.

For more information on how to see the city, check out our Getting Around Boston Guide. 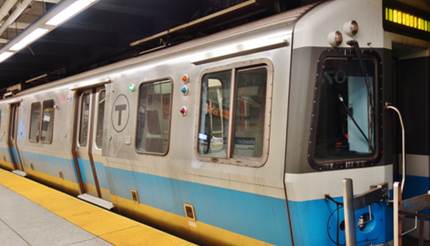 Boston Tea Party Ships and Museum
This museum and full-size replica ship bring Bostonian history to life. Here you can learn about the ‘Tea Party’ protest that took place on 16 December 1773. This act of resistance was directed against the British colonial powers and their new tax regime on commodities such as tea. Protesters dumped the entire cargo of a tea-clipper into the harbour as a sign of their anger, something you can reenact for yourself at the museum.

The Freedom Trail
This 4km (2.5 miles) long path through downtown Boston passes by 16 locations significant to the history of the United States. If you are looking to get a fun and interactive tour of the city at the same time as a history lesson, hop on the freedom trail and see some of Boston’s most important sights. These include Boston Common, the Massachusetts State House, Old North Church, Faneuil Hall, the Old State House, the USS Constitution, and many more.

Museum of Fine Arts
As the fifth largest museum in the United States, the MFA boasts an impressively large collection of 450,000 works of art and can be explored for hours if you have the stamina. Spanning from 6,000 BCE to the modern day, many art pieces of local historical value hang here. Also of note is the Temple Room, which has the finest Buddhist collection outside of Japan.

For more ideas of where to visit, check out our Things to See in Boston Guide. 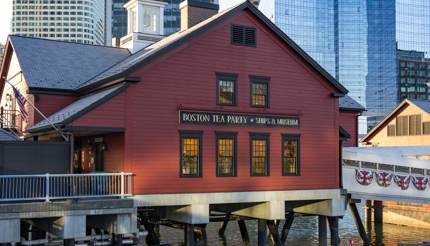 View of the Tea Party Museum

Fenway Park
A large part of Bostonian culture is sports – specifically baseball – and it would be a shame to visit without witnessing the all-American spectacle of crowds enjoying a Fenway Frank and shouting along to Neil Diamond’s hit “Sweet Caroline”, which has become the unofficial anthem of the Boston Red Sox. This baseball stadium is the oldest in the world; being here really feels like you’re part of the history of Fenway Park. If you happen to catch a Red Sox vs New York Yankees game (an age-old rivalry not easily dismissed), be sure to cheer for the right team.

Quincy Market
Quincy Market, located in downtown Boston towards the harbour, is all any food-lover could ever need. Walk from one end of this beautiful indoor market to the other and be tempted by various bakeries, greasy pizza slices, as much clam chowder as you can eat, and so much more.

For more offbeat ideas, see our Things to do in Boston Guide. 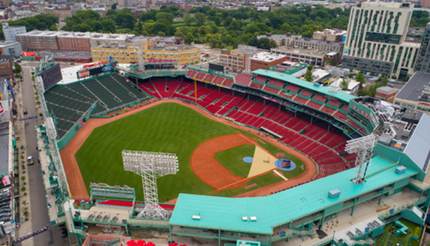 Tipping: servers in the United States usually make less than minimum wage and rely on tips. If not included in the bill, it is customary to tip 15-20% for good service. 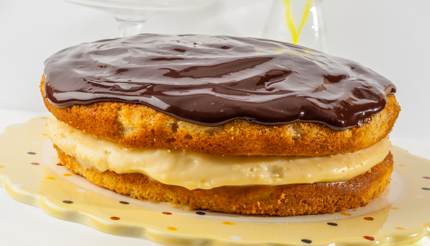 There is a wide selection of hotels in Boston for every budget. If you are looking for a luxurious stay, Boston’s Mandarin Oriental Hotel located in the Back Bay is sure to provide a glamorous experience. Also try the Harbor Hotel, located right on Boston Harbor with two fantastic restaurants and plenty of ocean views. For travellers on a budget, the Oasis Guesthouse, located in the lively Fenway neighbourhood, is a cute and classic New England bed & breakfast.

A massive portion of Boston’s population are students due to the many colleges and universities in and around the city, giving the city the nickname “The College Town”, and also contributing to its lively nightlife. Check out the neighbourhood of Allston for cheap drinks, grungy bars, and a student crowd. There are numerous more expensive nightclubs downtown and in the theatre district, such as Whisky Saigon – an exclusive venue with eerie red lighting and a bar within a library. If you’re looking for more of a pub vibe, that’s what Boston is known for, thanks to its thriving Irish population and culture. Try The Corner Pub, on the corner of Chinatown and the South End for a dingy space to order a cheap beer, throw a coin in the jukebox, and get rowdy with your friends. Keep in mind that bars, pubs, and some nightclubs close at 2am, and you can’t buy alcohol in grocery stores after 11pm.

For more nightlife recommendations, check out our Boston Nightlife Guide. 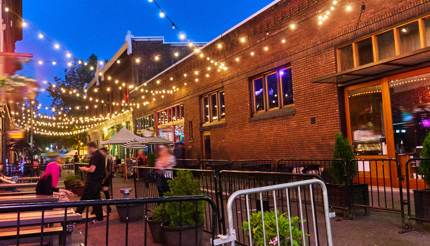 All Australian, Canadian, EU and UK nationals require passports to enter the US. A visa is not required for stays in the United States of up to 90 days. Australian, EU and UK travellers must provide a return ticket. A passport valid for the duration of your stay is required by all nationals listed above. All travellers entering the USA under the Visa Waiver Program require an e-Passport with an embedded electronic chip.

For more information on the documents you need before you travel to Boston, see our United States of America Visa and Passport Requirements page.