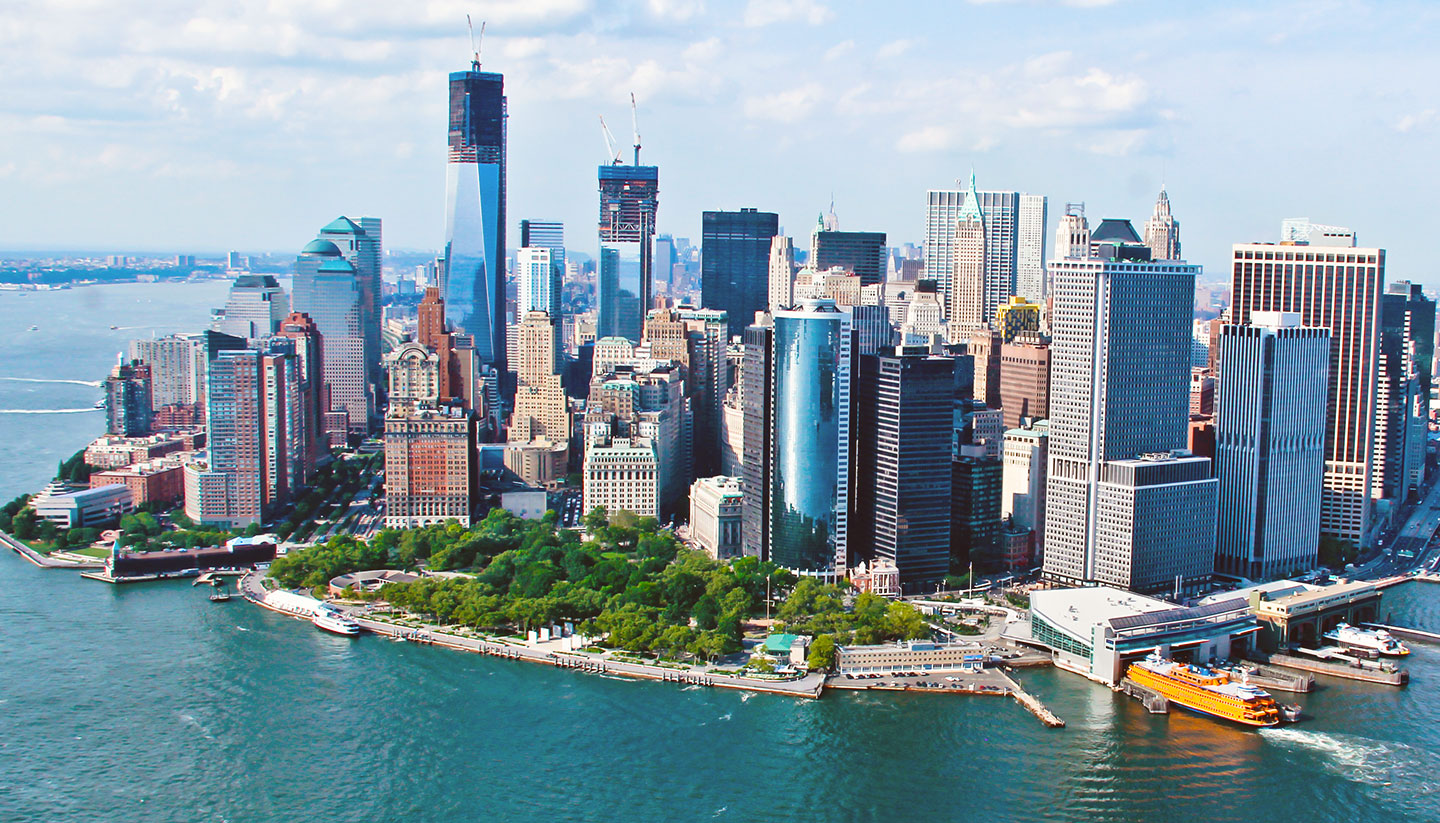 The legendary city that never sleeps, New York is a sparkling world of its own

Famed sidewalks bellow smoke while prisms of light scatter through the skyscrapers, casting long shadows over the millions of souls hurrying about below. Built by migrants, New York has always been a meeting place for world cultures, a port city welcoming arrivals to the shining beacon of the Statue of Liberty. It’s a place where you can still experience the frenetic buzz of Chinatown, a wealth of black culture in Harlem and the aromatic flavours of Little Italy along Mulberry Street, all in one afternoon.

New York City can only truly be understood through it’s five historic boroughs, as each distinct area has a character and charm all its own. Central to them all is Manhattan, the island city with a population of more than 1.5 million. On weekdays, Manhattan sees an influx of workers and tourists that more than doubles that number to nearly 4 million people – that’s over 170,000 per square mile. But when you can get a millimetre of pavement to yourself, treading New York’s sidewalks is an endlessly fascinating exercise. One minute you’re in a scene from Breakfast at Tiffany’s, the next you’re Travis Bickle from Taxi Driver, or walking down Jones Street feeling like The Freewheelin’ Bob Dylan darting for Greenwich Village. 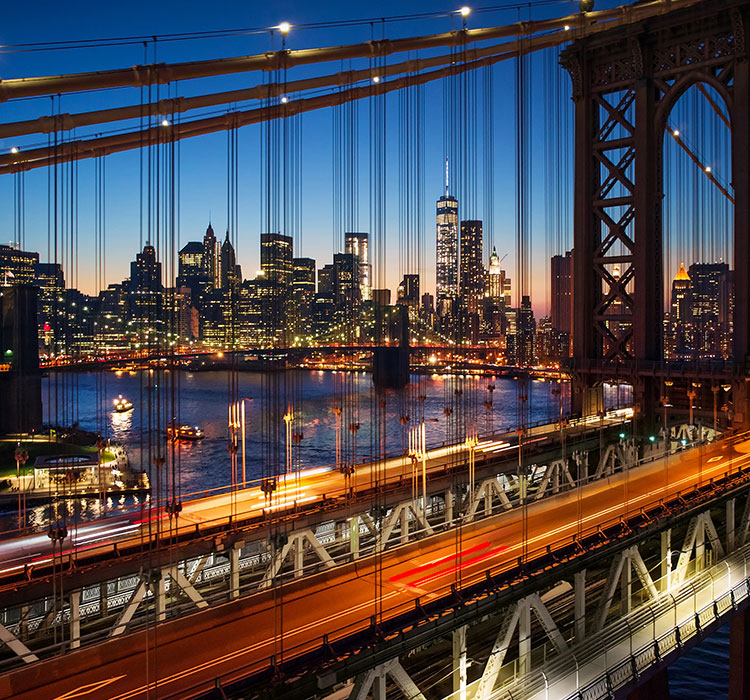 Spring (March to May) is a lovely time to visit the city due to mild temperatures. Spring sees temperatures climb from an average high of 9°C (48°F) in March to an ideal 20° (68°F) in May.

Summer (June to August) can be extremely muggy and hot, with an average high of 29°C (84°F) in July. However, summer is still a fun time to visit with the city hosting SummerStage in Central Park, which presents several free and paid performances.

Autumn (September to November) is the best time to visit New York City as the hot summer temperatures finally begin to cool down. October’s average high sees 18°C (64°F), with an average low of 10°C (50°F).

Winter (December to February) can be cold and unpredictable, so make sure to bring a warm coat to protect you from the bitter winds. The average high in December is 13°C (55°F) with an average low of 4°C (39°F). But the festivity of the city in winter makes a visit more than worth it. Head to Rockefeller Center to see the Christmas tree or Times Square to see the ball drop on New Year’s Eve. 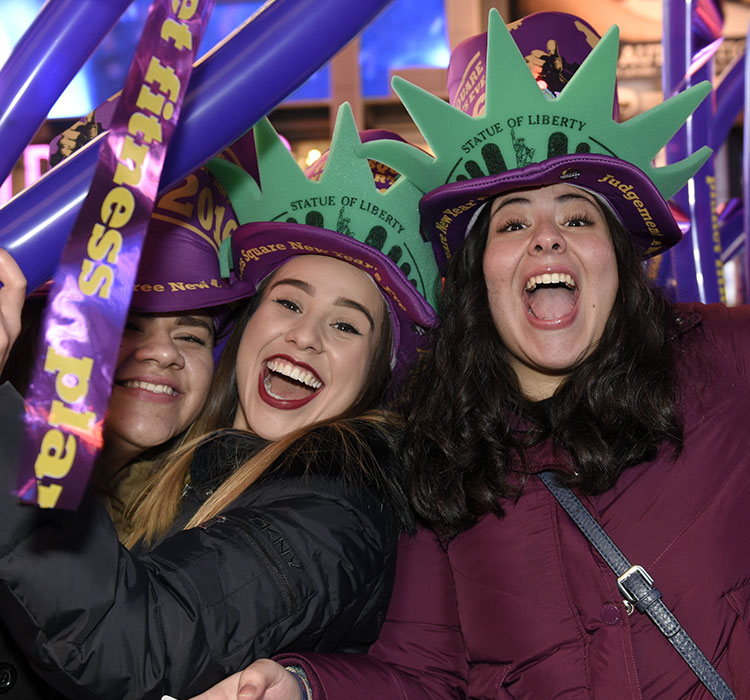 New York City might be one of the best-connected metropolises in the world, served by not one but three international airports: JFK, LaGuardia, and Newark Liberty. Getting around New York is a breeze, with help from the well-connected system of buses, trains, bridges, and tunnels, not to mention the Metropolitan Transit Authority (MTA), which boasts 24-hour subway service. If you call an Uber or a Lyft, rest assured you won’t have to wait long. Otherwise, an iconic yellow taxi can whisk you downtown in a sea of horns and flashing lights. But elbows out if you want to catch a ride at rush hour. For more information on how to see the city, check out our Getting Around New York City Guide.

Standing over New York Harbour in all her glory, Lady Liberty is one of the most famous landmarks in America. Climb the stairs and find yourself at the top of the statue’s pedestal, or take a trip up to the crown, where you can look out at the city beyond.

New York’s most famous skyscraper, you’ll definitely want to take a trip to the top of this 102-story building.

With the United States’ most important collection of modern art, this museum should be at the top of your list. See art by Picasso, Cézanne, and of course, Van Gogh’s “The Starry Night.”

For more ideas of where to visit, check out our Things to See in New York City Guide. 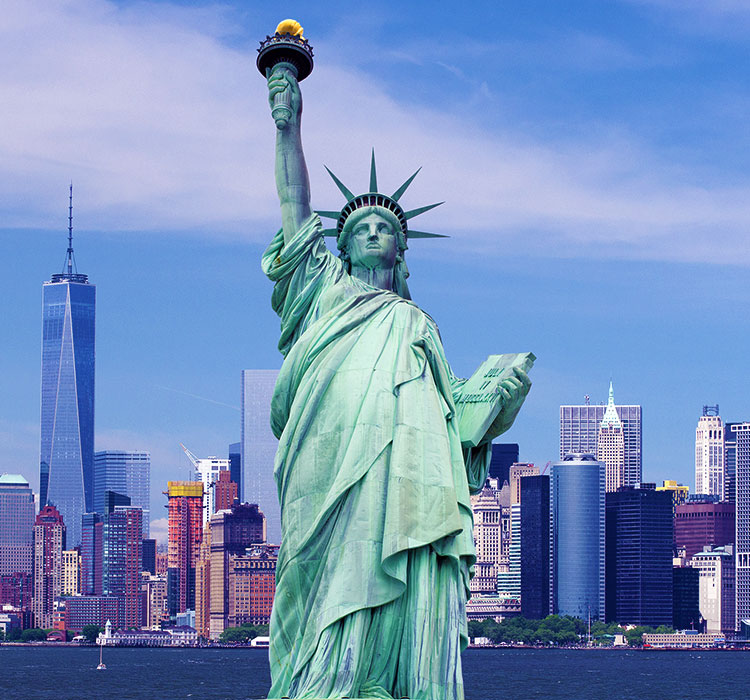 You’ll know you’re there when the Washington Square arch looms above you, modelled on Paris’s famous Arc de Triomphe. This small park in the West Village is the perfect spot to catch a break from the chaos of the city, sit by the large fountain in the centre of the park, and take a moment to relax.

Take a short trip over the river into Williamsburg, Brooklyn and spend the day browsing vintage stores and Artists & Fleas. Don’t forget to grab a bite to eat at Smorgasburg, sit by the river, and enjoy a perfect view of the Manhattan skyline.
For more offbeat ideas, see our Things to Do in New York City Guide.

Must-try foods in The Big Apple:

Tipping: Gratuity is not normally included in the bill in New York. If the bill does not include a service charge, it is customary to add a tip of 20%.

If you still have an appetite after all of that, see our New York City Restaurant Guide. 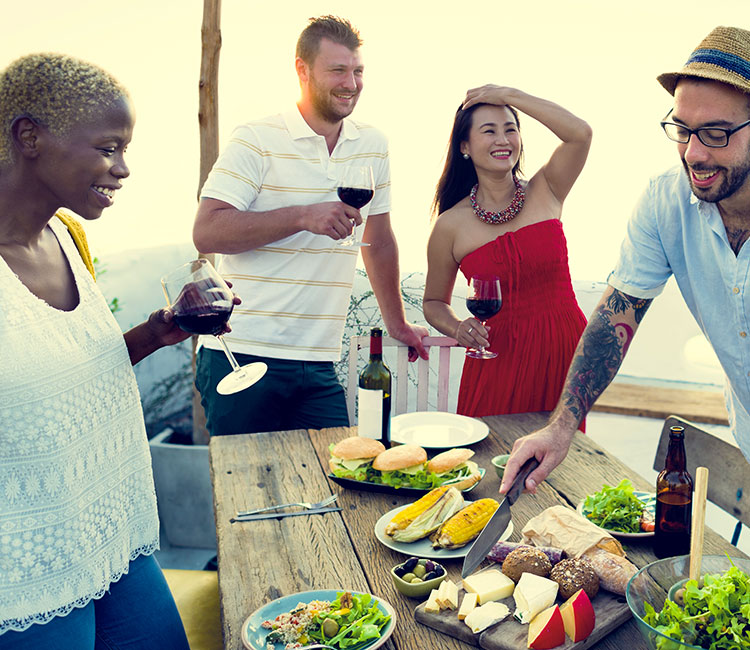 New York is the city that never sleeps, but you’ll be out like a light when you check into one of the city’s many exemplary hotels. Legendary names, like the Waldorf Astoria and Roosevelt Hotel, abound in Manhattan but a growing number of boutique establishments, aparthotels and Airbnb options have signalled a revolution in New York accommodation. The Greenwich Hotel in Tribeca, part-owned by famous Manhattanite Robert de Niro, offers a rich combination of exotic style and decadence. Or, for a more affordable option, try The Jane in downtown Manhattan, which allows you to choose your room size based on how much space you need and what your budget may be.

Check out more of our top New York City Hotels for an unforgettable stay in the city.

A hotbed of bohemianism that gave birth to the American folk music revival and built the legendary Café Society, New York City has been an inspiration for everyone from The Sugarhill Gang to The Ramones, Paul Simon to Gloria Gaynor. New York’s legendary nightlife has recently ballooned beyond its old epicentres in Soho, East Village, and Manhattan’s Meatpacking District to trendy Brooklyn neighbourhoods Williamsburg and Greenpoint, with everything from swanky cocktail bars to flamboyant drag clubs.

Visitors coming from Australia, Canada and the UK do not need a visa unless they are staying for more than 90 days. You must, however, apply for an ESTA before travelling. For more information on ESTA and USA entry visas/members of the Visa Waiver Program, please see the United States of America Passport and Visa Guide or see the Do you need a visa to the United States article. 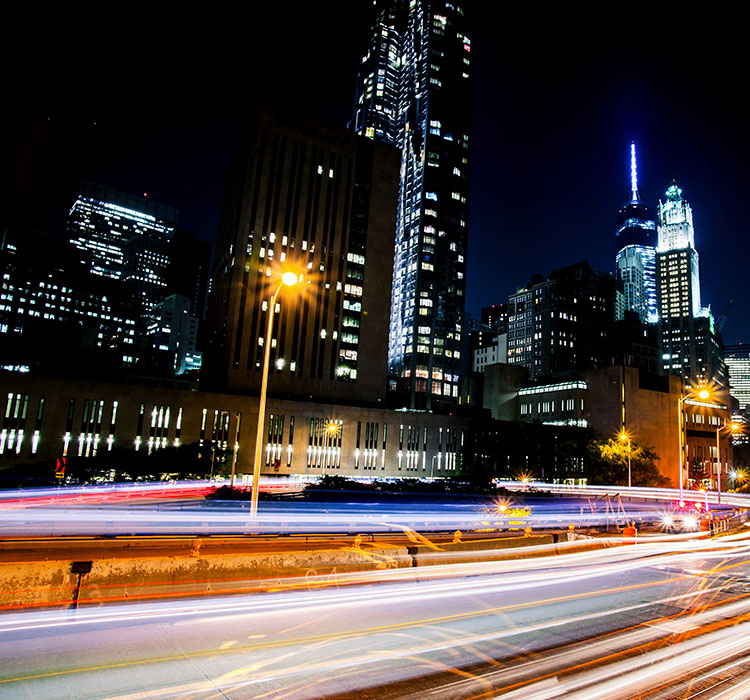