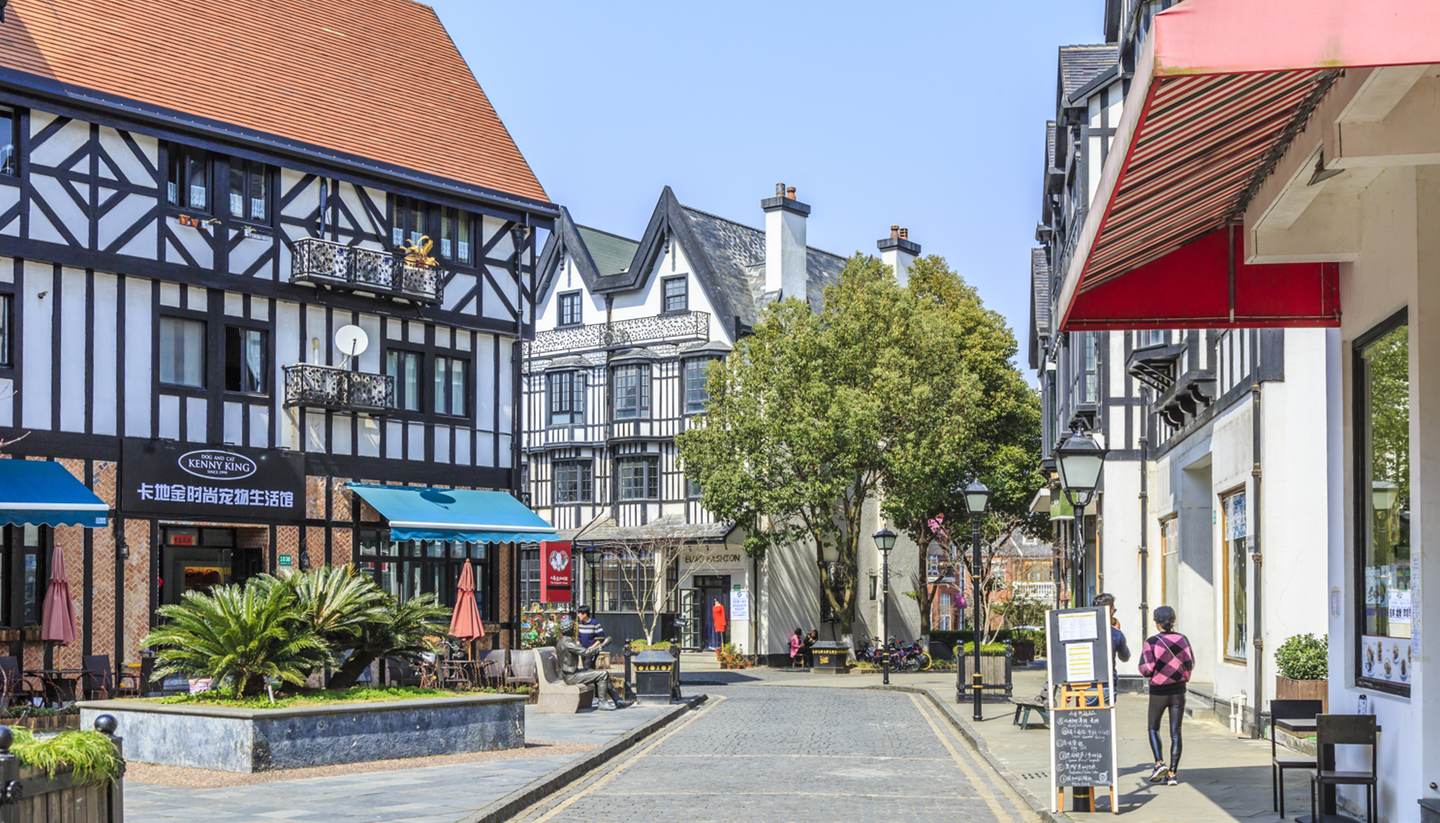 China’s “knock-off” cities, built to resemble famous European and American cities like Venice and New York, have become tourist attractions in their own right

The surreal world of replication has become something of a 21st-century obsession in China. Built partly as a reaction against the bland Communist-era architecture that proliferated in China from the 1950s to the 1990s, and partly as a marketing ploy, Western-themed cities offer more than just a house but a certain lifestyle, even if it’s mostly a fantasy version of the real thing. While many cities have become ghost towns, some are thriving and all are well worth a visit.

Modelled on a quintessential English town, Thames Town has Georgian and Tudor houses, a Gothic church, cobbled streets, quaint pubs and a village green, plus a multitude of iconic red telephone boxes. If you didn’t know better, you really would think you were somewhere in the Home Counties of England – except for the weather. Summer temperatures in Thames Town regularly hit 40°C (104°F). Positively balmy!

When the town was completed in 2006, many properties were bought as investments or second homes, making it more like a ghost town. Nowadays, the town is busy during the summer months with tourists visiting. It is also a popular photo-shoot location for weddings – visit on a weekend and you’ll find posing couples on almost every street corner. Grab some fish and chips from the takeaway and people-watch. 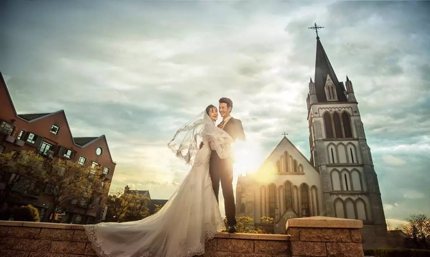 When Greek-French film director Romain Gavras saw a picture of TianduCheng in China, he knew he had to do something with the city. Describing the place as a “cultural appropriation vortex” he went on to use the faux-Parisian suburb as a backdrop for one of 2016’s most impressive music videos, Jamie xx’s ‘Gosh’. This gated community is built around a 354-foot replica of the Eiffel Tower (one-third the height of the real thing).

The 164-acre TianduCheng has Parisian-chic French neoclassical-style buildings designed to house 10,000 people. It is about 21km (13 miles) from cosmopolitan Hangzhou.

Check out this YouTube video for some behind the scene footage of Jamie XX’s ‘Gosh’.

Arguably the most audacious example of ‘duplitecture’, as the phenomenon was soon nicknamed, the “Venice of the East” set in the port city of Dalian has more than 2.5 miles of Venetian-style canals and plenty of gondolas to help ferry visitors around.

Built by a French architectural firm, the stretch of canal is lined with replicas of Renaissance-era Italian architecture; one source put the cost of the whole project in the region of 5 billion yuan (£592 million) when it was completed in 2015.

Knowing Dalian’s canals are far quieter than the Venetian ones, why not enjoy a peaceful gondola ride down the rivers of faux-Venice, just to see if it’s as thrilling as the real thing? 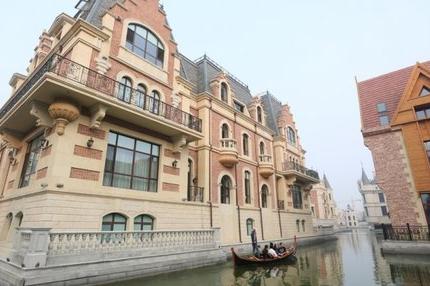 Enjoy a peaceful gondola ride down the Dalian canalqq.com

One of the most compelling examples of ‘copycat towns’ in China, the vacant, unfinished high-rises of China’s replica Manhattan also make for the saddest. The influx of skyscrapers and development in the Conch Bay district of Tianjin was meant to transform the region, helped by a high-speed rail link that cut the travel time to Beijing down to an hour.

The $50-billion development, with its own Rockefeller Center and Twin Towers, did not manage to win buyers unfortunately. Today the office blocks and skyscrapers stand like shining, hollow shells; some partly unfinished, while others just left abandoned and gathering dust. 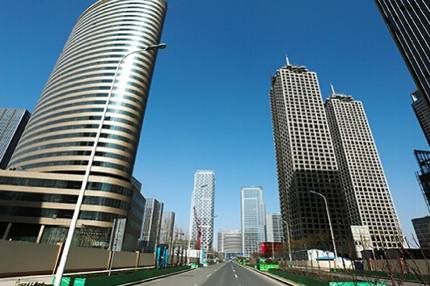 Can Tianjing revive its 'Manhattan'?hkcd.com

What happens when the Wild West and the Far East meet? Welcome to Jackson Hole, the Chinese mountain town where log cabins are decorated with mooseheads, stuffed and mounted on the walls.

If you want to know why the small US town of Jackson Hole, home to just 10,000 residents, was chosen for replication in China’s Hebei Province, you’ll have to ask the brainchild behind the scheme, Allison Smith. The Portland-based architect was apparently inspired by the rural, rustic charms of the Northwestern states and set about developing lodge-style cabins and houses with Chinese city-dwellers in mind.

The replica town has become quite a hit in China and the majority of the upscale properties have permanent Chinese residents. If you’re driving to Jackson Hole for a visit, check out Route 66. It runs right through Jackson Hole, regardless of the fact the US highway doesn’t go anywhere near Wyoming. 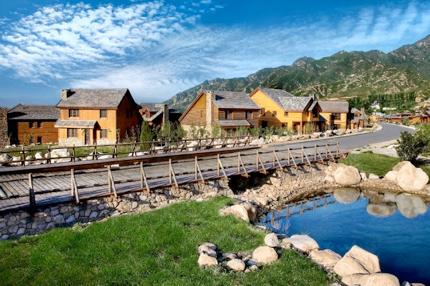 Inspired by the mountains in Hebei, Smith created Jackson Hole in Chinaallisonsmithdesign.com

Before packing up and visiting these cities in China, it’s best to check out the China Visa & Passport Requirements page and follow the guidelines.