Chase the sun on the cool island of Malta 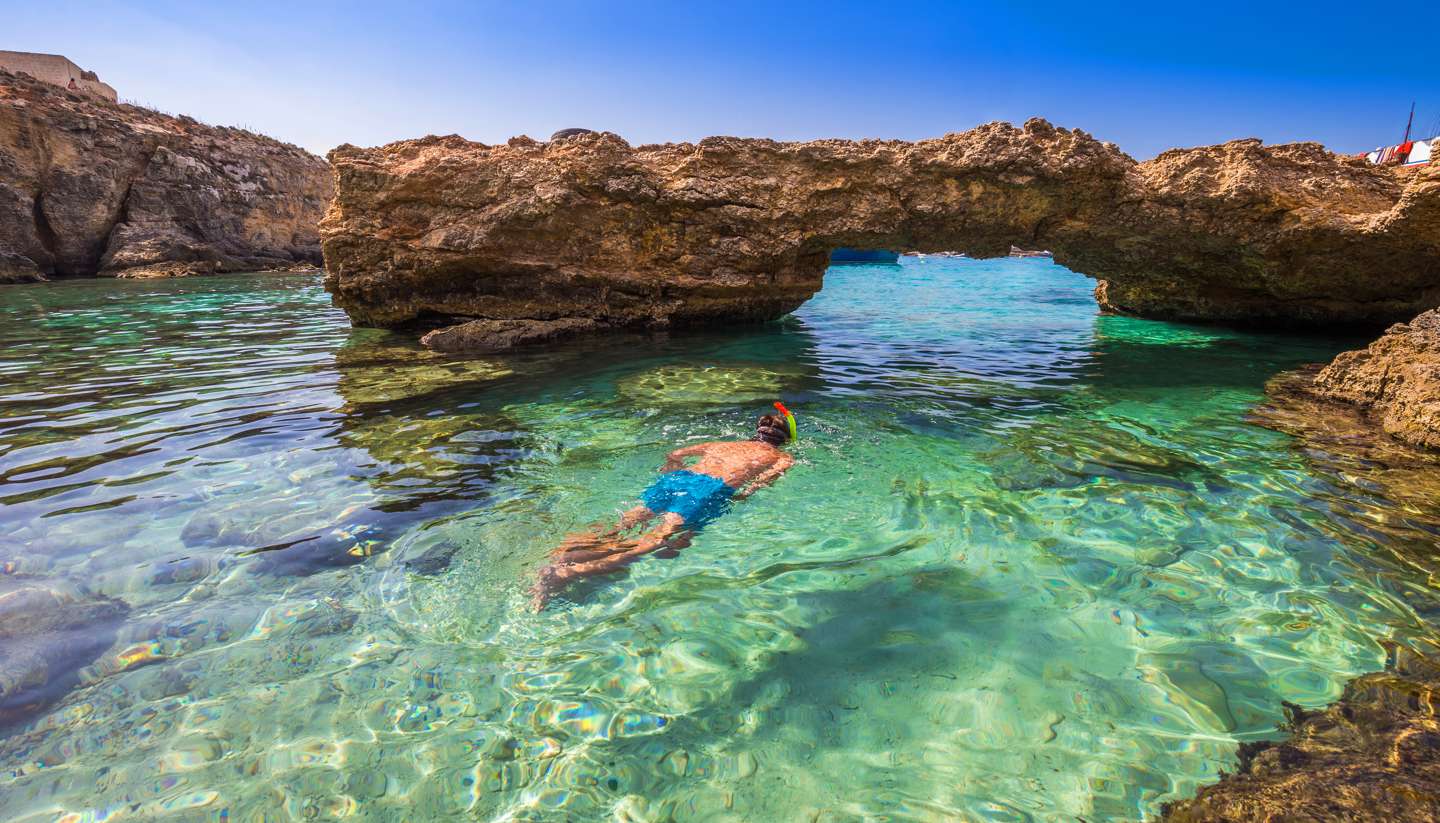 Malta enjoys 300 days of sunshine a year, making it a perfect destination for sun, sand and culture, any time of the year

Nestled between Sicily and North Africa, Malta is a hot summer destination, quite literally, with plenty of sunny days and an average high of 32°C (90°F) in July and August. It is also a great place for Europeans seeking winter sun and mild warmth.

But Malta’s appeal also lies in its marvellous 7,000 years of history. Mysteries from the Neolithic period, and remains left by the Phoenicians, Carthaginians, Romans, Byzantines, Arabs, Order of Saint John, and more ‘recently’ the French and British, are still buried throughout the depths of the island. It is fair to say that each and every ethnic group left a mark and strongly influenced what we see in Malta today.

You will inevitably land at Malta International Airport, 9km (6 miles) south of Malta’s capital city, Valletta. Valetta is tiny; you can walk from the city gate to the mighty Fort St Elmo at the tip of the peninsula in just 20 minutes. Despite the size, this UNESCO World Heritage site packs a sizeable cultural punch.

The streets of Valletta offer experiences dating back centuries. Wander the side alleys to discover local coffee, bars and mouth-watering cuisine from tiny street cafés. Traditional fare here is ftira, Malta’s version of sandwich or pizza. If you are passionate about Maltese food, follow the link to this post Valletta Food & Drink Guide: 10 things to try in Valletta, Malta. 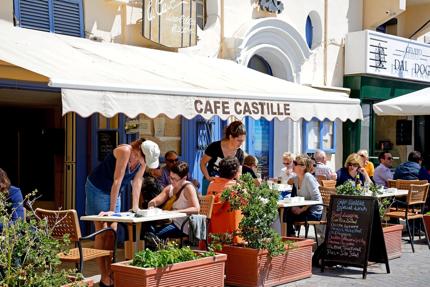 To begin your cultural and historical journey, visit St John’s Co-Cathedral and Grand Master’s Palace. Other worthy diversions include the Lascaris War Rooms and The Malta Experience (a 45-minute audio-visual presentation covering 7,000 years of history). Before you go, check out the Valletta travel guide for more information.

Temples, grand architecture and intriguing stories are sprawled all across Malta’s neighbourhoods, but the one piece of living history that can’t be missed is Mdina.

One of the finest remaining examples of an ancient walled city, the medieval Mdina was formerly Malta’s capital. It is now known as the ‘silent city’, as no cars are allowed here except for those of residents living in such a unique place.

Streets here are narrow and winding, the buildings are lovely examples of Baroque-style architecture, and it is indeed eerily quiet in the ancient back streets.

Visit the 17th Century Mdina Cathedral (or St Paul’s Cathedral), which was built on the site of the house belonging to Publius, the Roman governor who welcomed St Paul after he was shipwrecked here around CE 60. 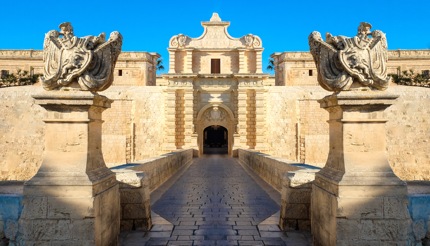 Blue Grotto, adventure on a budget

If you are an early riser, start one of your days in Malta at the Blue Grotto. Not only will you get the best morning light for taking photos, but you can be first in line for an unmissable speedboat ride around the coastline, racing through the glistening sea and into stunning caverns of gently lapping crystal blue water. At €8, this is one of the best value experiences in Europe.

Situated near the village of Zurrieq in southwestern Malta, the Blue Grotto is 16km (10 miles) from Valletta, about a 30-minutes’ drive or an hour’s bus journey. It is easy to spend time here though – pack swimwear and a towel and catch some sun. Or enjoy coffee and snack, as well as gorgeous views of surrounding ocean at the onsite clifftop café. 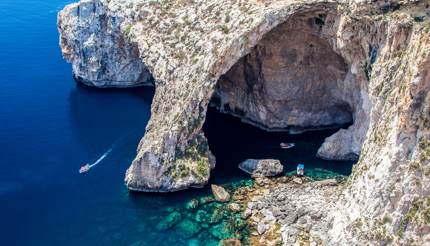 Sliema, for taking time out

Just a short local ferry or bus ride from Valletta, Sliema offers pretty waterfront fun. Along the promenade (known as ‘the front’ locally), there is a string of chic bars that overlook the ocean and tempt holiday-makers with afternoon food and drink deals.

Although Sliema does not have sandy beaches, it has a stretch of rock-cut pools (locally known as Fond Għadir), allowing locals and visitors to take a dip safely while in this sun-drenched coastal town. Before you go, check out our Sliema beach guide. 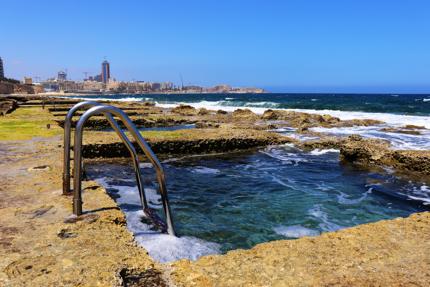 Marsaxlokk, for the freshest seafood

A late afternoon alternative is to visit Marsaxlokk, a picturesque fishing village, 12km (7 miles) south of Valletta. Light up your Instagram with colourful boats bobbing around in the water, browse markets and indulge in fresh seafood, served right at the water’s edge. 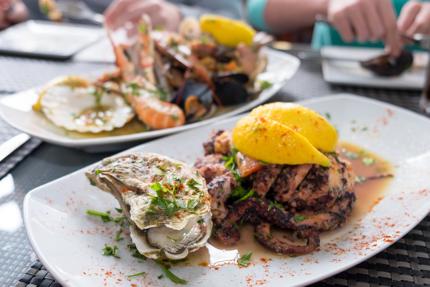 St Julian’s, for the party

There is only one place to go if you are up for a night out, and that is St Julian’s, particularly an area called Paceville. This is a vibrant entertainment district known for its bars and clubs, many of them have international DJs feeding the glitterati a steady diet of chart-topping hits, anything from house music to sultry jazz.

Popeye Village, for the child within

Once a film set for the 1980 musical production Popeye, this village now offers an array of entertainment for the young and young at heart. Open all year round, you can meet the characters from Popeye and other cartoon favourites, enjoy boat rides, performances and a host of fun games and rides. 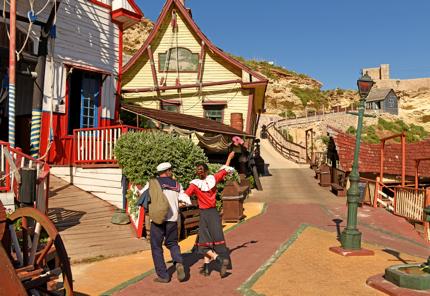 Qrendi, for syncing with the natural world

The UNESCO-listed Megalithic Temples of Malta consist of six monuments that show the ingenuity of our prehistoric ancestors. These buildings were considered some of the world’s first free-standing stone buildings and had incredible diversity of form and decoration. Mnajdra Temple, located in Qrendi, is one of the six temples and a firm favourite among visitors who embrace spirituality – one reason is that the layout is said to be aligned with the rising of the sun at summer and winter solstices.

A car is handy in Malta, although the bus system is also good. The main bus station is just outside the city gate in Valletta; from there, you can take a bus to just about anywhere on the island.

You can pay cash to the bus driver for a single journey, purchase a 12-journey card, an unlimited seven-day Explore Card, or sign up for a contactless card known as Tallinja pass. For more information, visit the Malta Public Transport site.

Alternatively, the City Sightseeing hop-on-hop-off tour has two routes that explore Malta, and this will give you a good idea of where the key attractions are, and how to visit them more in-depth.

For more information about Malta, check out our comprehensive Malta travel guide and use it to plan for a sun-soaked holiday. 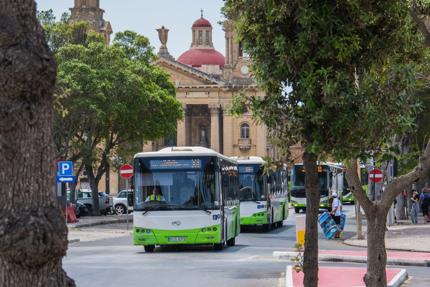