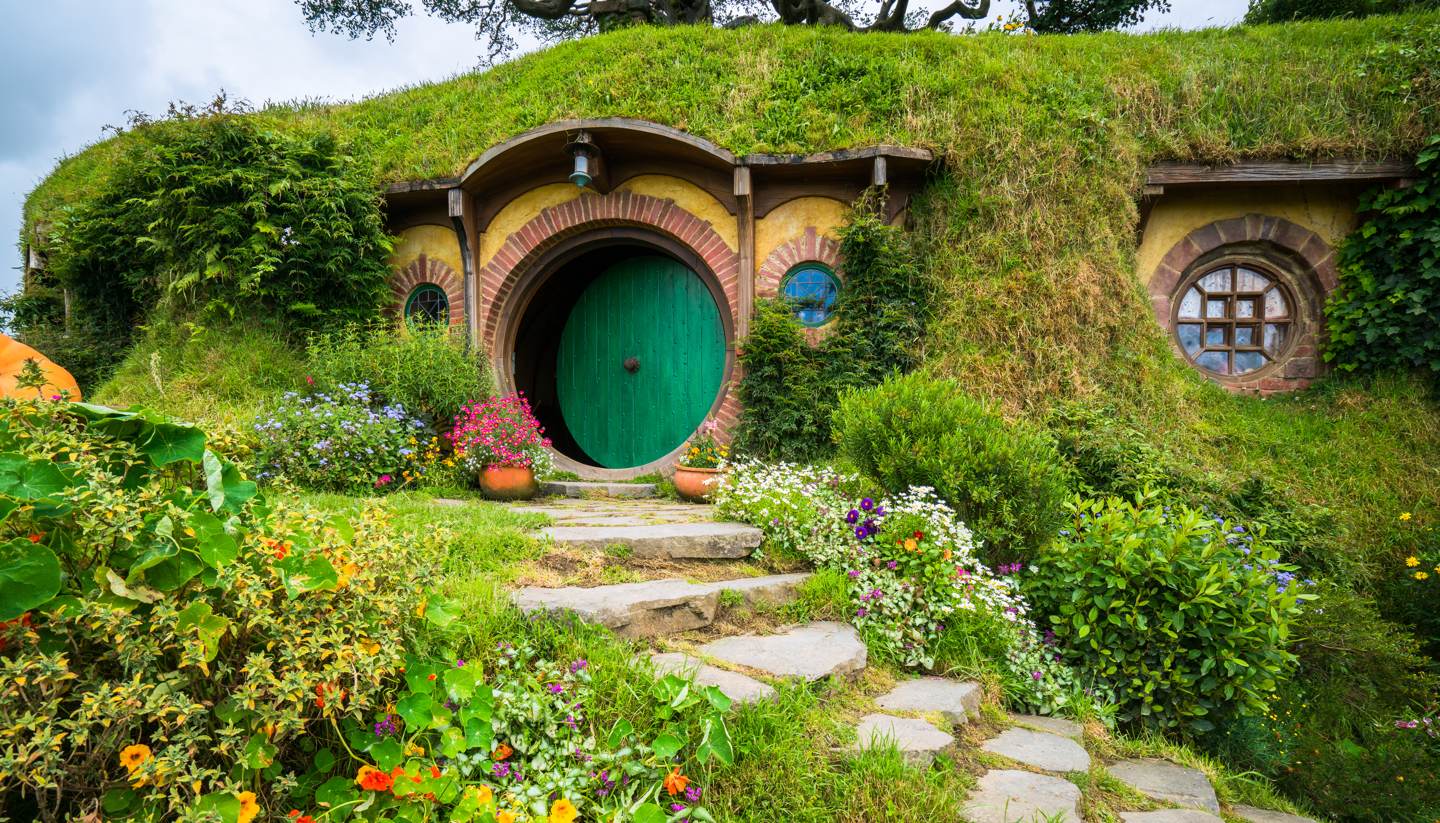 Directed by Ang Lee, the enchanting film, Life of Pi, is a tale of a young boy’s friendship with a tiger named Richard Parker and their epic journey of discovery, survival and adventure. This delightful visual masterpiece of CGI-enhanced special effects was filmed in the lesser-known and understated town of Puducherry in southeastern India, along the Coromandel Coast.

As the former capital of what was once French India, the city and its beautiful Botanical Gardens serve as the opening scene of the fictional zoo in Life of Pi.

The old French Quarter, which is also the backdrop to many sequences in the film, encompasses elegant colonial buildings, wide boulevards and open-air markets, promising plenty of opportunities to shop and feast on French delicacies.

Before you go, our India travel guide is packed with travel information which can help you plan your trip. 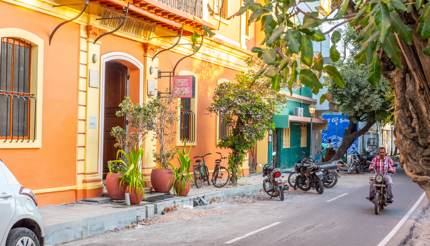 Highly acclaimed Silver Linings Playbook, a rom-com starring Jennifer Lawrence, Bradley Cooper and Robert De Niro, was shot in the Western Suburbs of Philadelphia and went on to receive major critical success and numerous awards. The film is about a bipolar man (Bradley Cooper) returning to live with his parents after some time in a mental institution. He then meets Tiffany (Jennifer Lawrence) who offers to help him reconnect with his estranged wife if he competes in a dance competition with her.

Fans of the movie can pop into the Llanerch Diner, a classic 24-hour American diner in the Western Suburbs, to sit in the very same booth as the two stars. The Lansdowne Theatre in the area also makes a brief appearance in the film – and is the spot where the relationship between the two characters began. Another memorable scene takes place in the Jewelers’ Row, a street of over 300 shops.

Before you go, check out our Philadelphia travel guide. 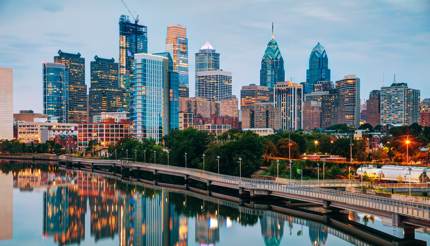 The Wolverine, part of the popular X-Men series, sees the superhero played by Hugh Jackman travel to Japan to train as a samurai. Scenes from this instalment were shot in the capital, Tokyo, including the 333m-high (1,092ft) red-and-white Tokyo Tower. A trip to Tokyo is not complete without a visit to this landmark, the second tallest structure in Japan, which features four floors of restaurants, museums, shops, and two observation decks – ideal for experiencing panoramic views of this thriving metropolis.

Nearby, Zojoji Temple was used for the funeral scene of Mr Yashida in the movie. This massive temple is well worth exploring. Keep a lookout for the temple’s main entrance gate, Sangedatsumon. Built in 1622, this majestic gate has remained standing despite several fires, earthquakes and wars.

Before you go, check out our Tokyo travel guide. 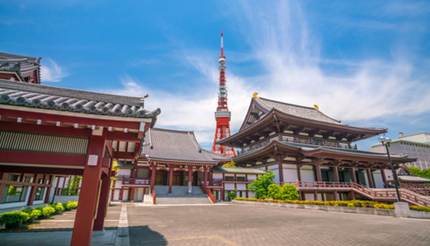 The Tokyo Tower can be seen from Zojoji Temple

New Zealand, various locations: The Lord of the Rings series

The series of three fantasy adventure films directed by Peter Jackson was shot in New Zealand, Jackson’s native home. Regarded as one of the greatest film trilogies ever made, the plot follows a hobbit and his friends on a quest to destroy an ancient ring.

To see the Shire region of Middle-earth where the hobbits live in the film, you can visit the rural town of Matamata, 182km (114 miles) south of Auckland on New Zealand’s North Island. This picturesque location is still home to the Hobbiton Movie Set with 44 hobbit houses on display. If you continue driving 200km (124 miles) south via State Highway 32, you will hit Mount Ngauruhoe, which stands in as the fictional Mount Doom in the series.

Before you go, check out our New Zealand travel guide. 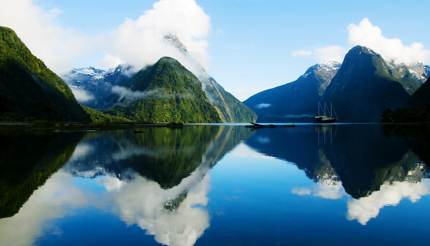 The Fiordland National Park was the set of the Fangorn Forest

The Indiana Jones franchise, created by George Lucas, chronicles the title character, Dr Henry Walton “Indiana” Jones Jr. and his adventures over five movies. Played by Harrison Ford, Indiana Jones is one of cinema’s most famous characters. The third instalment of the film series, Indiana Jones and the Last Crusade, was directed by Steven Spielberg, and follows Indiana’s mission to find his father, a Holy Grail scholar, who has been kidnapped by the Nazis.

This instalment was filmed in various countries, but the most notable scenes took place in Petra, a historical and archaeological city in the southwestern desert of Jordan. Nicknamed the “Rose City” as a result of its pink sandstone cliffs, Petra is referred to as the “Lost City” during Indiana’s hunt for the Holy Grail – a cup that is believed to have inexplicable powers. Al-Khazneh (The Treasury), one of Petra’s most ornate and towering temples, stands in as the Canyon of the Crescent Moon and the location of the infamous Holy Grail in the film.

Before you go, check out our Jordan travel guide. 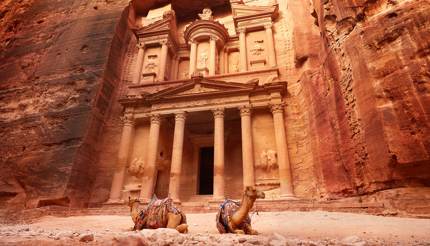 Al-Khazneh stood in as the Canyon of the Crescent Moon