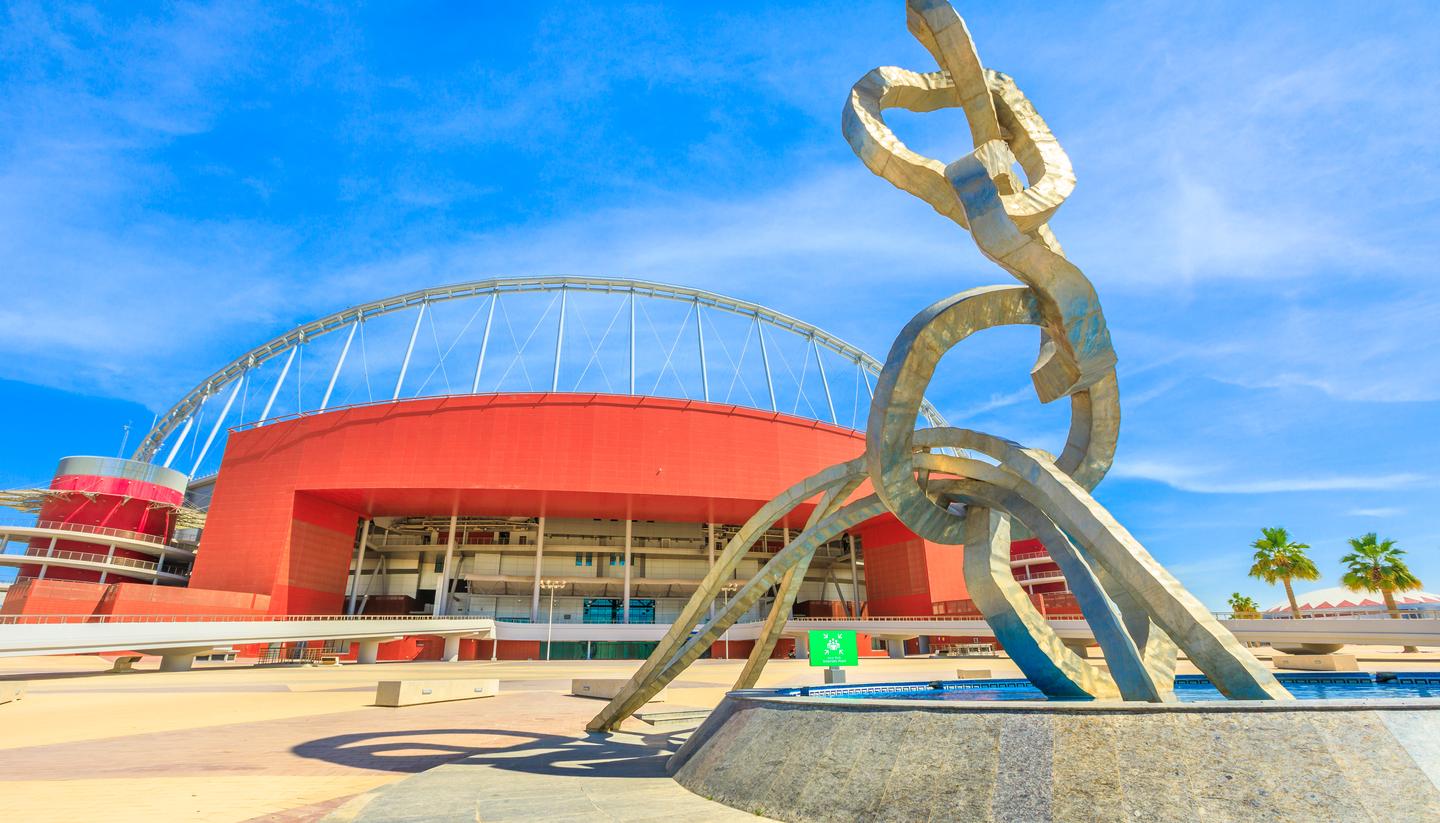 The Olympic Games have become more than just a sporting event – it’s a feast of architectural design, where countries compete for the ultimate Olympic site

There’s nothing like the Olympic Games to bring the global community together every four years. The creation of this momentous sporting event dates back to the ancient Olympic Games, which were initially held in Olympia Greece over 2,700 years ago. In 2020, Tokyo hosts the Summer Olympic Games in July and August. While you wait in anticipation, you can explore the top 5 former Olympic sites scattered across the world – telling tales of victory, defeat and international rivalry.

If you’re searching for Olympic inspiration, a good place to start is the Panathenaic Stadium in Athens, where the first modern Olympic Games were held in 1896.

As well as its stunning appearance (it’s also known as Kallimarmaro Stadium, meaning ‘beautifully marbled’), the structure is also steeped in history. Initially constructed as a flat running track in 330 BCE, the stadium was rebuilt using marble in 143 CE, and refurbished again in 1896 for the first ever-modern Olympic Games. This grand arena and main historical attraction of Athens is the only major stadium in the world made of white marble.

Today, this magnificent multi-purpose stadium is rarely used, apart from special events, such as when it served as the finish line for the 2004 Olympic marathon. However, it still remains a significant symbol of the Olympic Games. There are also plenty of other historical sites dispersed around the area, including Hadrian’s Library and the Temple of Zeus – allowing you to get your history fix before enjoying your first Ouzo of the holiday.

Top Tip: Don’t refer to the stadium as the Olympic Stadium as you’ll be directed to the modern Olympic site – the OAKA Stadium that served as the main site for the 2004 Summer Olympics. Instead, call it the Panathenaic Stadium or the Kallimarmaro Stadium to avoid an unplanned detour!

Before you go, check out our Athens Travel Guide. 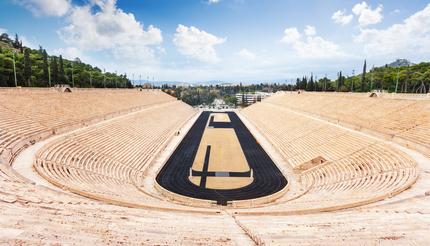 The opening ceremony of the 2008 Olympics left onlookers with no doubt that this year was to be as much a spectacle as a sporting event, and with a budget of around US$100 million, it did not disappoint.

Now, three years on, this Olympic site still hosts the odd tennis match and has transformed its water area into an expansive water recreational centre, which is open to the public and informally known as the Water Cube given its cuboid design and external bubble pattern. In the 2008 Olympics, swimming competitions were held in the centre. Another impressive structure is the Beijing National Stadium – nicknamed the Bird’s Nest as a result of its nest-like design. This stadium was designed for use throughout the 2008 Summer Olympics and Paralympics and will be used again for the 2020 Winter Olympics and Paralympics. Even today, as you wander around the structures bustling with people, you can still feel that excitable Olympic atmosphere.

Top Tip: You should visit the site at night when the Bird’s Nest and Water Cube are illuminated by colourful lights.

Before you go, check out our Beijing Travel Guide. 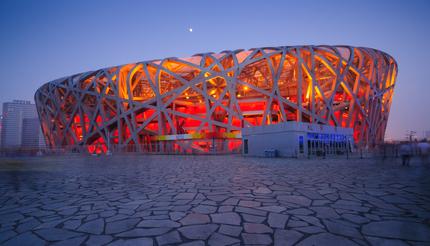 Sydney transformed its former Olympic site into the Sydney Olympic Park – complete with special features to remind visitors about Sydney’s Millennium Olympic Games. Some of these features include the Olympic Cauldron, which was used for the Olympic flame and has now been turned into a water feature. Throughout the year, this park is used for musical, sporting and cultural events, including the Sydney Royal Easter Show, the Sydney Festival, Big Day Out, and world-class sporting fixtures.

This former Olympic site also offers an array of facilities and activities, making it the perfect spot for a family day out. You can enjoy a picnic and make use of the barbeque areas, hire a bike to cycle through the grounds, paddle in the pool of the Aquatic Centre, and stroll alongside the serene Lake Belvedere. A Tennis Centre, Hockey Centre and an Archery Park allow visitors to stretch their competitive sporting muscles further.

Top Tip: Dogs are welcome at the Sydney Olympic Park, but keep an eye out for restricted areas where local wildlife is being preserved.

Before you go, check out our Sydney Travel Guide. 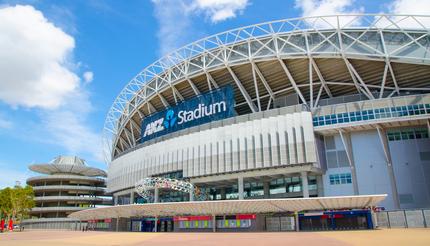 Barcelona’s Anella Olímpica, “The Olympic Ring”, is now a popular tourist spot and an inspiration for what can be achieved in terms of Olympic site design. Located on the hill of Montjuïc, the main stadium of the Olympic Park is positioned near the military castle. The complex includes a baseball field, which sits opposite the swimming pools, and plenty of restaurants to provide fuel for activities.

Upon your visit to the park, you can’t miss the towering antenna of Torre Telefonica, right below the stadium. This landmark was built for the global transmission of the Olympic Games in the 1992 Summer Olympics. You should also check out the permanent exhibition that goes into further detail about the 1992 games, which were held in the Olympic stadium (Estadi Olimpic). This stadium continues to host numerous sporting events that can be viewed by crowds of up to 17,000.

Top Tip: The Bernat Picornell swimming pools are open to the public, so don’t forget your swimsuit if you fancy taking a dip, Olympian-style!

Before you go, check out our Barcelona Travel Guide. 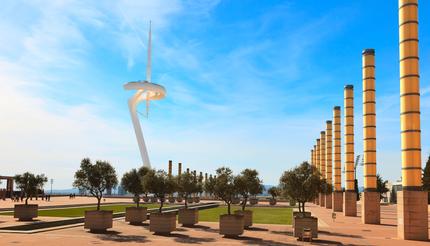 Seoul Olympic Park has become something of a mecca to anyone pursuing culture, sport or even just some tranquillity in relaxed grassy grounds. Artists come to sketch here, inspired by the sculpture gardens that hold over 200 sculptures from around the world, and classes ranging from table tennis to aerobics are available on a regular basis.

Although the park is a hotspot for budding sporting stars of the future, with hundreds of people arriving to get active every morning, there’s still plenty of room for everyone on this 1.4 million square metre site. If you get tired from all the exertion, be it from swimming or using one of the three gyms, there’s also the SOMA Museum of Art, which features commemorative monuments and details the inspirations that led to Seoul hosting the 1988 Olympics.

Top Tip: Make sure that you have on a pair of comfortable shoes when you visit this site. You might not be running an Olympic marathon, but there’s a lot of ground to cover if you want to see it all.

Before you go, check out our Seoul Travel Guide. 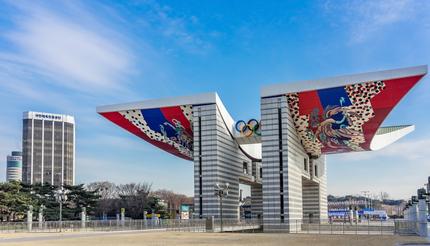