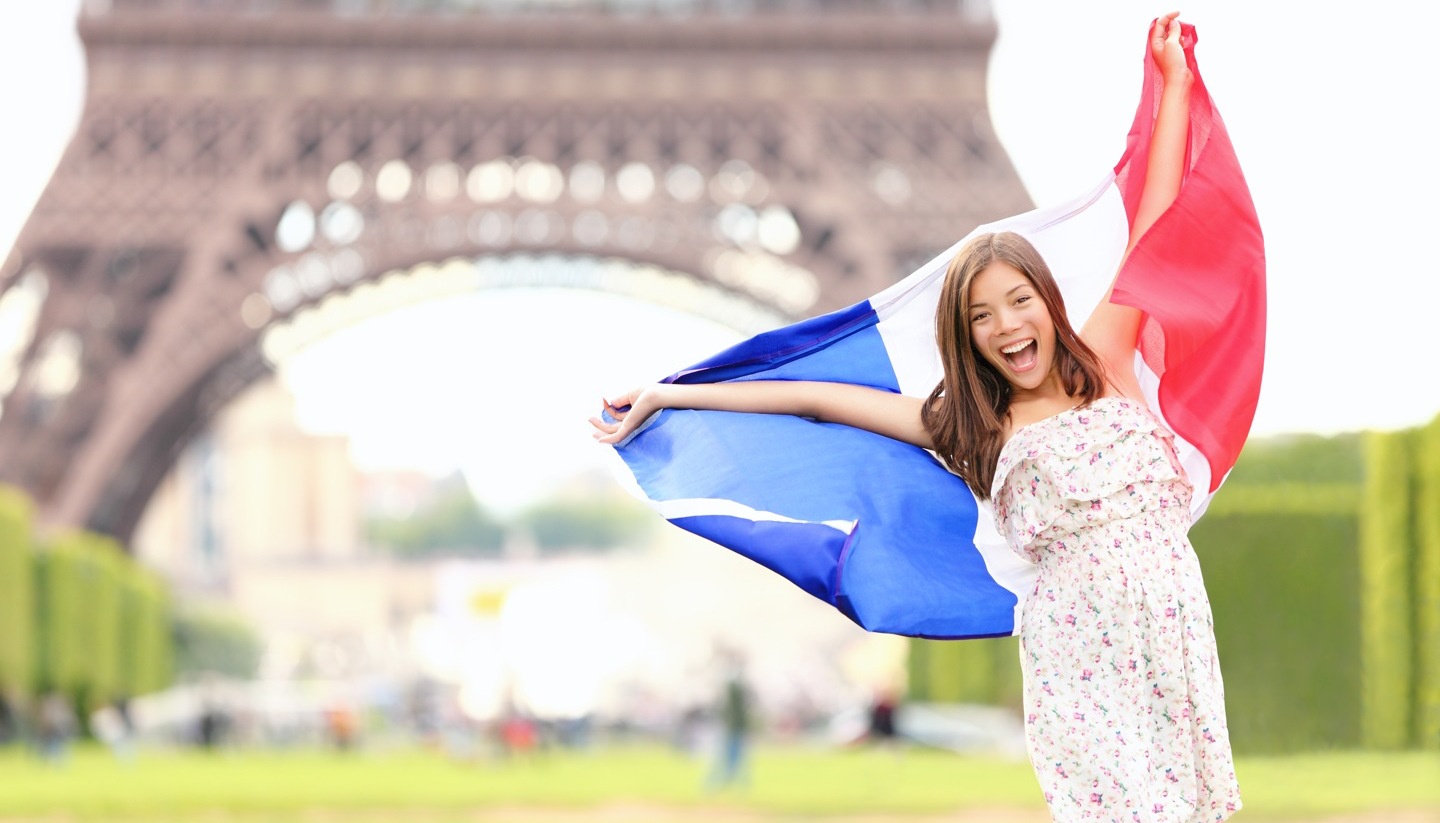 Beyond iconic sights, the streets of Paris reveal a smattering of pleasant surprises and here is how to find them

Paris is the most-visited city in Europe, pulling in some 19 million international visitors in 2019. Most visitors tend to gravitate towards the world-renowned icons like the Eiffel Tower, Musée du Louvre, Montmartre, La Seine and Arc de Triomphe, the obvious inclusions on many a traveller’s bucket list. But after spending a few days exploring all of the essentials, you may wonder if there are secret places worthy of a visit. The answer is yes, so read on to discover exciting alternatives that provide a more characterful insight into the capital’s history, food, shopping and architecture.

1. Explore the splendour and mystery of an opera house

On the surface, Le Palais Garnier is a gorgeous opera house with a chandelier-illuminated hall and grand white-marble staircase leading you to an auditorium with a massive ceiling painting by Marc Chagall.

However, scratch beneath the surface and you’ll find some dark intrigue: underneath all the opulence is a water tank so big that it resembles a lake. Urban legends of a man with no face haunting the subterranean lair inspired the classic novel Le Fantôme de l’Opéra or The Phantom of the Opera. Today, some tour guides will tell you that firefighters still train in the tank (or lake) to gain experience of swimming in the dark.

Another key influence on the Phantom work was the chandelier incident in Le Palais Garnier’s auditorium – in May 1896, a chandelier fell from the ceiling, killing a woman and injuring several others. 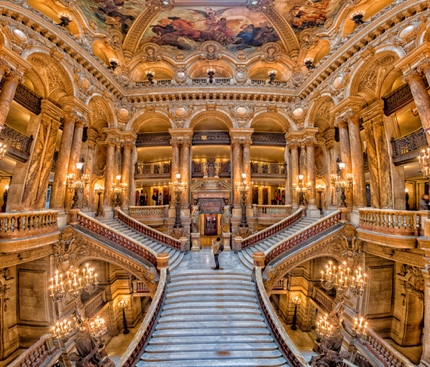 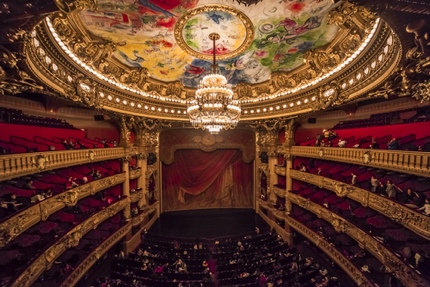 The auditorium of Le Palais Garnier

If you’ve come to Paris to soak up the arresting art and culture, then you’d be delighted to know that there is a world of art beyond the walls of Musée du Louvre.

Walking around Paris and looking at street art is a treat in itself, especially in the ethnically diverse 13th arrondissement. It’s possible to do a self-guided walking tour of the best pieces, centred around Boulevard Vincent-Auriol. 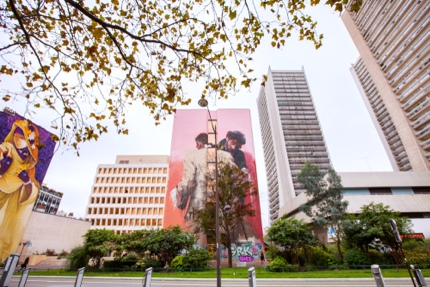 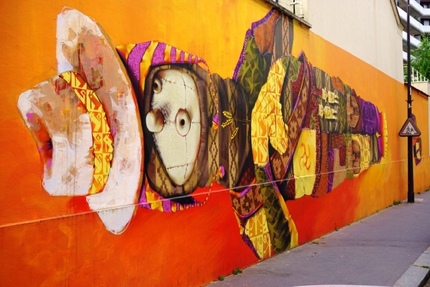 Paris has been the backdrop to a host of Hollywood blockbusters, including The Devil Wears Prada, Inception and Rush Hour 3, to name but a few. Movie buffs can get their own unique tour of the city, visiting locations that have become famous through the silver screen. Good recommendations include the imposing Musée Rodin (the location for Midnight in Paris), the Pont de Bir-Hakeim (the ‘mirror scene’ in Inception), and the fountains at Jardins du Trocadéro (the landing pond in Rush Hour 3). 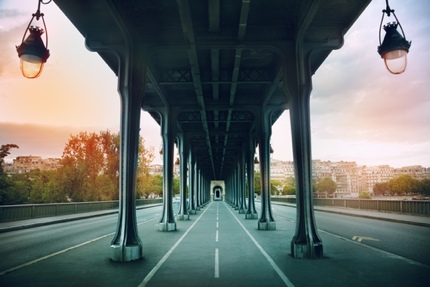 Fans of the hit Netflix series Emily in Paris also have plenty of chances to see the city of love through the lead actress Emily Cooper’s eyes. Place de l’Estrapade in the 5th arrondissement was where Emily lived and had her first taste of pain au chocolat, while on the other side of the Seine, Jardin du Palais Royal was where Emily first met Mindy, her first friend in Paris. If you’re after the gorgeous views of the Eiffel Tower that left Emily speechless, head to Café de l’Homme in the 16th arrondissement.

If you’re visiting in July and August, join film fans at the open-air cinema at Parc de la Villette. The event is free, you can bring a mat to sit on or hire a deckchair for a more comfortable screening. 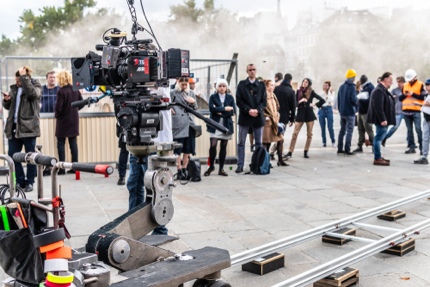 Built in the 1850s, La Petite Ceinture (The Little Belt) was a railway line that encircled Paris until it was abandoned in 1934. Today, it is a beautiful urban wilderness, hosting more than 200 species of plants. Several sections along the line are now opened to walkers, including the part between the Place Balard and the Rue Olivier de Serres in the 15th arrondissement. 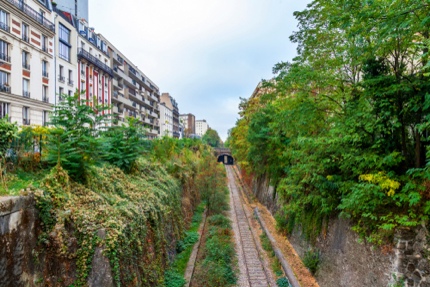 A section of La Petite Ceinture

Paris is thought to have more museums than any other city, so it is relatively easy to find outstanding but also obscure museums. The top of our pick is Musée de la Préfecture de police (Police Prefecture Museum), which charts the history of French crime and policing since the 17th century.

The exhibits include arrests, conspiracies and forensic techniques. There are sections dedicated to anarchist bombings, serial killers and sensational cases (including Steinheill, who was once the mistress of President Félix Faure, and allegedly, she was in bed with the president when he died of a seizure). 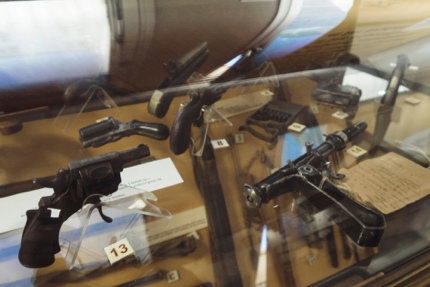 Quartier des Batignolles in the 17th arrondissement is a quaint village with a decidedly laid-back vibe. Back in the day, this neighbourhood offered cheap living to artists and writers. Famous people who either lived here or spent time lingering at cafés here include Claude Monet, Pierre-Auguste Renoir, Paul Verlaine, Émile Zola, Max Jacob and Paul Éluard.

The calmer pace in Batignolles now attracts tourists who want to avoid large crowds on Champs-Elysées. Fashionable shoppers can unearth unique furniture and jewellery in independent shops, while foodies congregate along Rue Brochant, where bistros, veggie joints and fromageries are all on the street. Keep a lookout for Le Costaud des Batignolles, which mixes a restaurant with a modern art gallery. 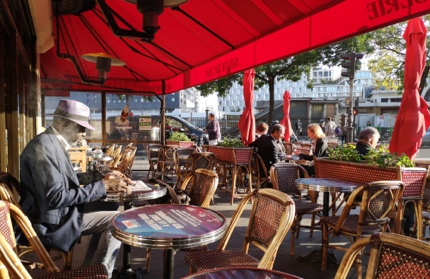 A quieter café culture in Batignolles

If you’ve already visited the iconic Parisian Catacombs and are still in the dark tourist mood, then the Père Lachaise Cemetery should be your next stop. Spanning a gargantuan 44 hectares (109 acres) and with 70,000 burial plots, this necropolis offers a morose tour full of differing gravestone styles, from Gothic headstones to ancient mausoleums. The site is also the resting place of several celebrities, most notably Frédéric Chopin, Oscar Wilde, and the charismatic Doors frontman Jim Morrison. 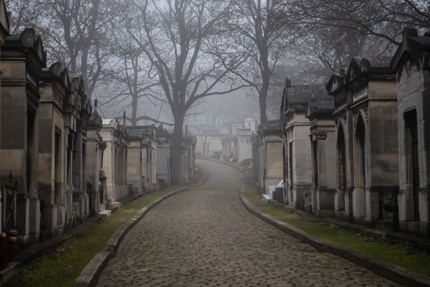 8. Unleash your geeky side

Paris may not be the first place that comes to mind when you think of geek culture, but the city has some great hangouts for self-professed dorks, nerds and fanboys of all varieties. Paramount among them is RESET: a bar with vintage arcade machines and consoles from the Atari all the way to the Xbox 360.

The cocktail menu is full of gaming-inspired choices (Zelda Love or a Sonic Blue Lagoon, anyone?), and the spot is a regular for cosplayers and esports tournaments.

Set in the trendy quarter of the 4th arrondissement, La Résistance is considered one of the top cocktail bars in Paris, a must for visitors seeking new, exotic tastes in a chic atmosphere.

Below the bustling bar is a relaxing lounge where you can put your feet up and peruse their incredible menu. If all the potential options don’t appeal to you, you can still ask for a classic cocktail or have one made uniquely for you. 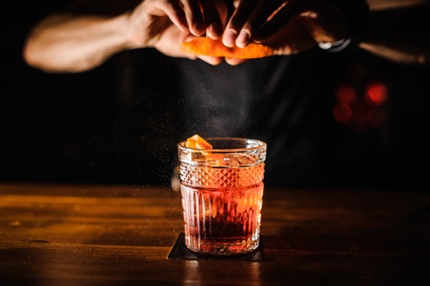 French cuisine is renowned internationally and Paris dazzles with a wealth of standard-setters serving everything from traditional to avant-garde menus. Apart from dining at some of the best restaurants, you can also take the next step by attending a cooking class. If you’re after pure prestige, then Le Cordon Bleu is the one: it first opened in 1895 and its classes vary from eclairs to food and wine pairing. 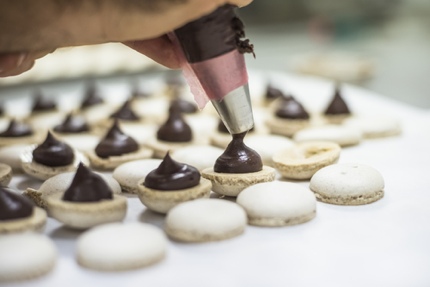 Before you go, check out the Paris travel guide.