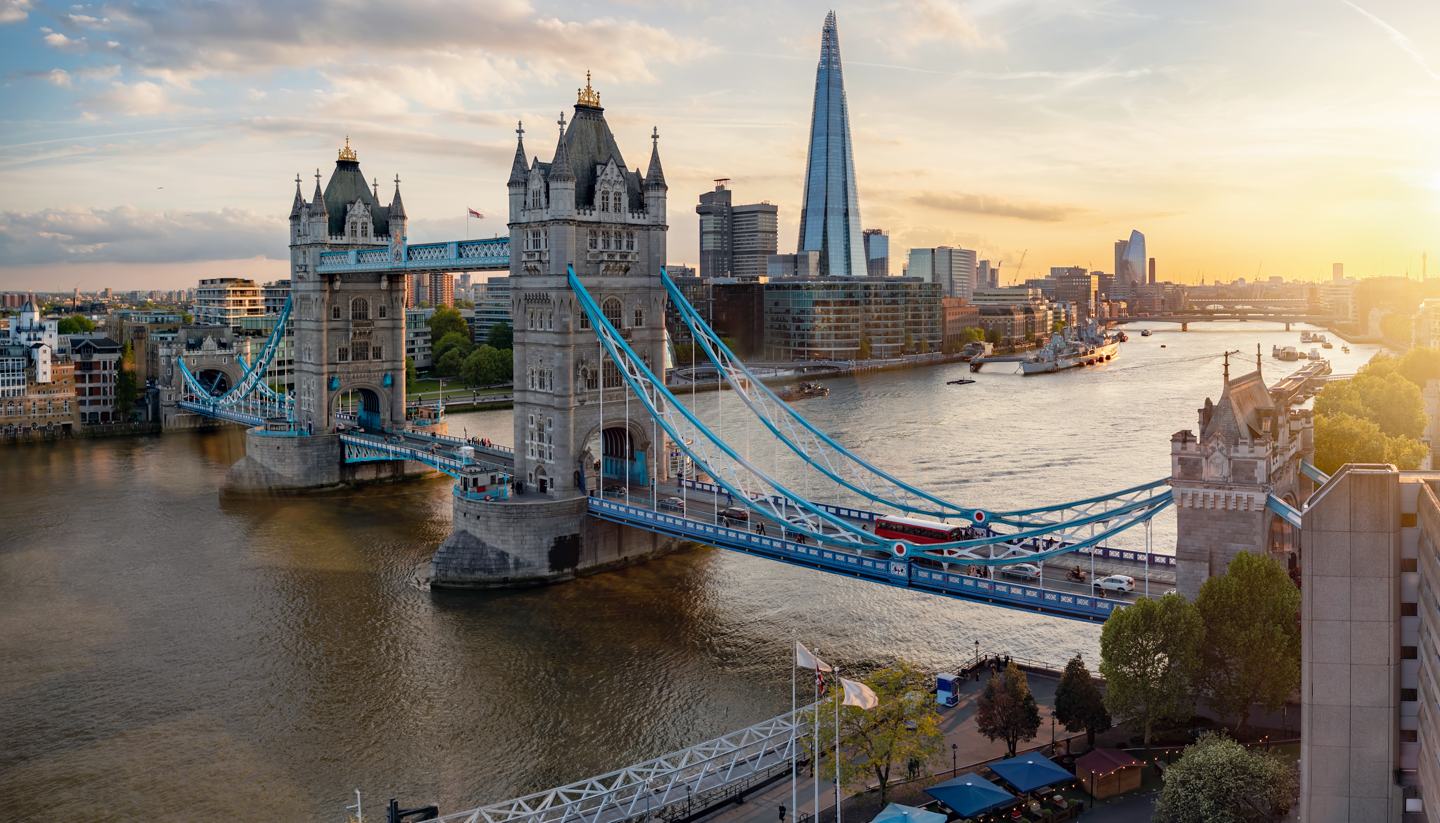 London has a curious air of quirkiness enhanced by a string of lesser-known nooks that locals have kept close to their chests, writes Thomas Clarke

One of the world’s most high-volume tourist hotspots, London is a cosmopolitan city of the highest order – offering its guests an abundance of cultural diversity and depth.

While Buckingham Palace, Big Ben and the banks of the Thames still call millions of tourists to English shores each year, London has refused to be shackled to classic British stereotypes. It remains a global tour de force when it comes to trendy, chic attractions and stylish hipsterism.

Here in England’s vibrant capital, you’ll find a remarkable balance between the traditional tourist landmarks of Central London and the lesser-known nooks that quirky locals have kept close to their chests. But as with everything, once it starts becoming cool, the domino effect applies so these offbeat hangouts and quaint eateries won’t be secrets for long.

You’re no doubt aware that London is home to some of the world’s most famous museums and art galleries, with Tate Modern, Tate Britain and the British Museum to name but a few. However, London is also the locus for a high concentration of boutique, unconventional museums. The Design Museum (224-238 Kensington High St) gives an intriguing insight into the history of graphic, architectural and object design, while the Fan Museum (12 Crooms Hill) and Postal Museum (15-20 Phoenix Pl) also offer interesting snapshots of their respective subject matter. 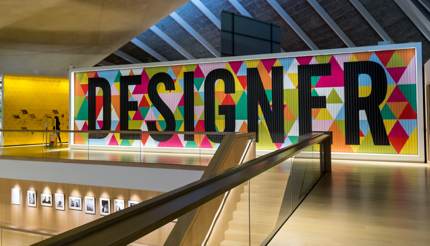 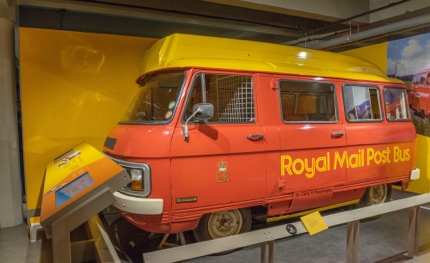 Another hidden gem is Brunel’s Thames Tunnel, the first underwater tunnel ever constructed. Today the tunnel is used by the London Overground but visitors can check out the tiny Brunel Museum (Railway Ave) in Rotherhithe and go down halfway to the first shaft ever built to support the tunnelling work.

Venture beyond the West End

The West End is home to a fantastic range of world-class performances, including the world’s longest-running play “The Mousetrap” by Agatha Christie at the St Martin’s Theatre (West St). Beyond West End, there is a number of lesser-known venues offering great entertainment and our top pick is the Bethnal Green Working Men’s Club (42-44 Pollard Row), which has themed cocktails, disco nights and drag shows. Another fav spot is Rivoli Ballroom (350 Brockley Rd), decked out in the original décor of its 1950s fit-out. 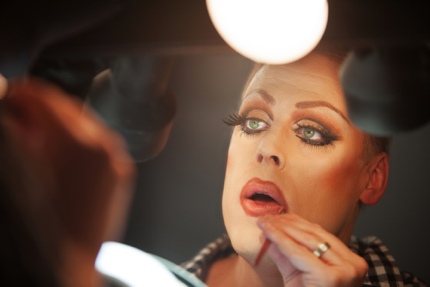 Enjoying a show at the Bethnal Green Working Men's Club

Squeeze in a little dark tourism

If you’re a history buff wanting to immerse yourself in the left-field culture of the city, there are countless venues you can visit to satisfy your hunger. Highgate Cemetery (Swain’s Lane), for instance, is the final resting place of Karl Marx, Michael Faraday, Douglas Adams, George Michael and many high-profile individuals. A few miles south lies Kensal Green Cemetery (Harrow Road), which also has a long list of famous gravesites. The pub scene in London is renowned across the world, and many of the institutions in the city have defined drinking culture globally. Regardless of where you are, the pubs are almost always crowded, but there are a few venues that will make the experience all the more enjoyable. The Crown and Shuttle (226 Shoreditch High St) is one of the trendiest pubs in the city, well-loved for its beer garden, while the Old Bank of London (194 Fleet St) pub is one of the most iconic drinking establishments in England. The Town of Ramsgate (62 Wapping High St), which has an integrated cell once used for locking up pirates, is also a fun novelty. A pub scene in London

Stand on the Prime Meridian

The Royal Observatory at Greenwich is the home of GMT and houses the clocks that helped ships calculate the longitude at sea back in the 1700s, which in turn changed our understandings of navigation. The Prime Meridian also passes through this building. 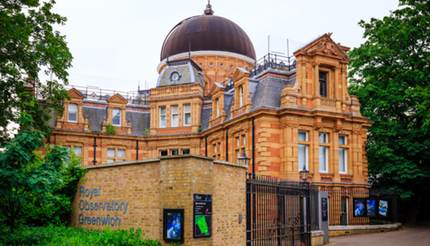 Standing on both sides of the Prime Meridian

Hackney has undergone one of the most remarkable transformations of the 21st century in London, with a great deal of development and gentrification making this once rough neck of the woods almost unrecognisable. If you’re interested in seeing one of the trendier parts of London, Hackney should be top of the list, and what better way to get an insight into the quirky nature of this borough than by visiting its city farm. Not just a small petting-zoo type establishment, Hackney city farm (1A Goldsmiths Row) engages in environmental education for the public, as well as green skills courses and volunteering services. Perhaps the trendiest offbeat attraction on the list, God’s Own Junkyard (12 Ravenswood Industrial Estate) is an art gallery of sorts that displays the personal collection of works of the late neon artist, Chris Bracey.

For those looking for another unique historical experience in London, the Roman Amphitheatre (Guildhall Yard) offers a spectacular insight into Roman London and houses ruins dating back to the 2nd century. With countless examples of the preserved ruins of Ancient Rome’s empire in London, as well as free admission and few visitors, this is an excellent place to stop into.

Visit one of the best bookstores

What better way to enjoy England than by surrounding yourself with English? English literature, of course. Daunt Books (84 Marylebone High St) is an original Edwardian bookshop and entering it is like walking back in time – Daunt has a captivating interior aesthetic that evokes classic ‘English bookstore’ connotations that will have you wanting to stay all day long. A small garden folly erected in 1756 as a tribute to Shakespeare, Garrick’s Temple now serves as a museum, concert venue and educational facility at Hampton in Richmond upon Thames. This one and only Shakespearean shrine in London is a highlight for lovers of Hamlet, Macbeth or Romeo and Juliet.

A landmark you’d be forgiven for not noticing, the Ferryman’s Seat is, simply put, a small chunk of stone built into the side of a Southbank restaurant’s wall. The exact historical details of the seat are unknown, but it is believed to have been the designated resting place of a Ferryman who once operated a water taxi service across the Thames in the 1700s.

Hunt for a telephone box

Throughout the 20th century, blue telephone boxes existed specifically for police officers as a means of communicating in the event of a crime. Today, they have all disappeared, though rumours suggest that there are eight ‘underground’ telephone boxes still in circulation. In London, there is a replica outside Earl’s Court Underground station which you can see and take a selfie. Alternatively, join the conspiracy theorists and go hunting for any of the eight remaining in the UK. Discover the science of botanical

Kew Gardens, a UNESCO World Heritage site with over 50,000 plants in Richmond, requires little introduction, but a good offbeat option is Chelsea Physic Garden (Royal Hospital Rd), London’s oldest botanic garden showcasing different medicinal and herbal plants. Kyoto Garden (Holland Park Ave), one of the most tranquil places in the city, is also worth a visit as it’s home to a myriad of water features and Japanese inspired agriculture. For those keen on getting their hands dirty, there is a plethora of activities designed to get you out of your comfort zone. For those interested in gastronomy, a trip to the E5 Bakehouse (396 Mentmore Terrace) might suit, as it runs regular sourdough baking classes. For visitors who prefer to break a sweat, the Friday Night Skate is a huge marshalled street skating event that starts from Wellington Arch at Hyde Park Corner every Friday at 8pm, weather permitting.