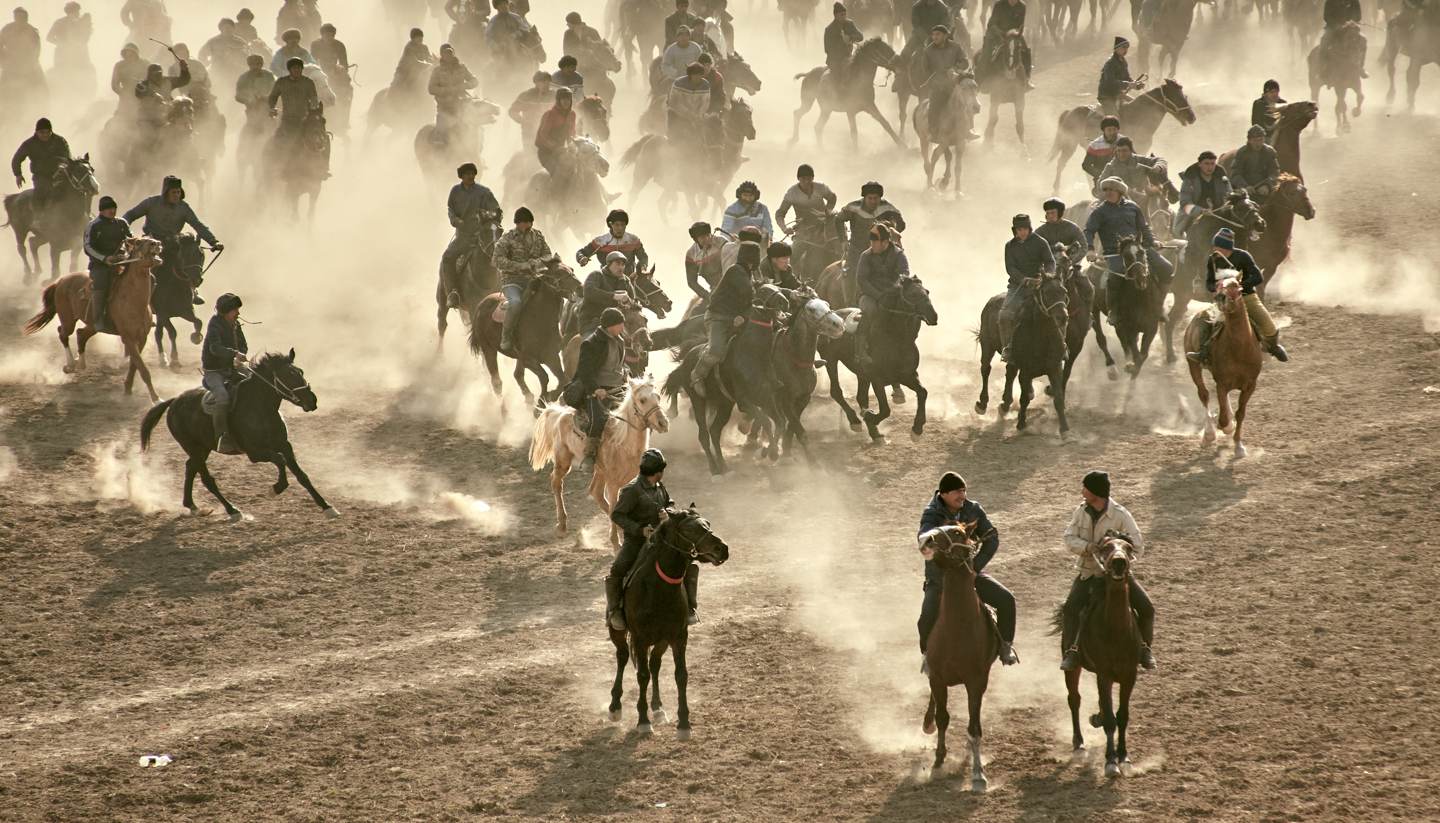 Our cave-dwelling ancestors didn’t need to chase hurricanes or go bungee jumping. Their daily quest for survival – in an age where danger lurked around every rock – provided them with all the adrenaline they needed. By contrast, modern humans – with smartphones, desk jobs and supermarket loyalty cards – lead a much safer and arguably duller life.

Perhaps this explains why the demand for adventure holidays and extreme sports is booming. For those who want to flirt with danger and test their bodies to the extreme, here are 13 of the best adrenaline activities.

Billionaires Branson and Bezos have spent millions to fly to the edge of space, money which ordinary people like us don’t possess. The good news is, we don’t have to fly to space to experience weightlessness.

Two companies, the US-based Zero Gravity Corporation (www.gozerog.com) and the France-based Air Zero G (www.airzerog.com), can fly you in a modified aircraft that does aerobatic manoeuvres known as parabolas, like a series of U-shaped graphs. When the plane ascends quickly and thrusts over the top of the parabolic curve, the experience of weightlessness begins, meaning you can float in the cabin freely for 20-30 seconds.

If you prefer to stay very close to the ground, literally, then street luging has your name on it. The sport involves you laying on a customised sledge with wheels, just inches above the tarmac, and letting gravity drag you down a steep slope at breakneck speeds. As there are no mechanical brakes, you can only break with your feet, protected only by shoes padded with thick rubber soles.

So far, the highest speed recorded on a gravity-powered luge is 163.99kph (101.90mph), held by American rider Mike McIntyre. 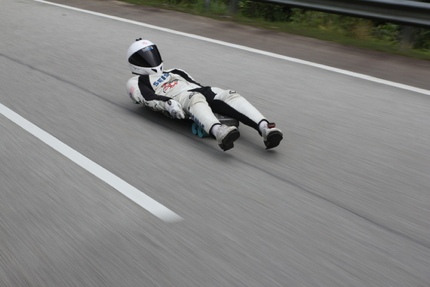 Each late spring (April to June), adventure seekers head to the ‘Tornado Alley’, a massive area in the south-central United States where whirling tornadoes often occur when the warm, moist air from the Gulf of Mexico collides with the cold, dry air from Canada.

There are quite a few storm chasing tours available; most of them start in Oklahoma and gradually move westwards to Colorado as the season progresses. 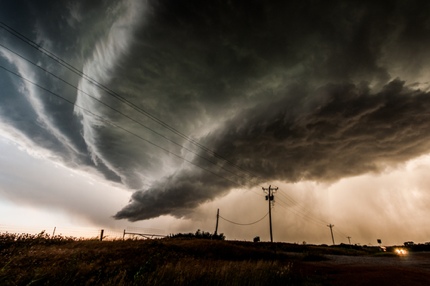 A supercell thunderstorm in Oklahoma

Originating in the 1920s, wing walking refers to the act of moving along the wings of a fixed-wing aircraft during flight. Sometimes, it also involves stunts such as balancing with one leg or jumping from one plane to another.

Today, anyone can have a go. But instead of walking the wings without a harness, you’re strapped onto a customised device on the top of a plane and let the pilot perform thrilling manoeuvres like steep turns, zoom climbs and sharp dives. 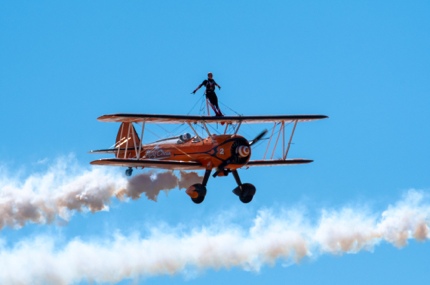 With the creation of the Red Bull Cliff Diving World Series, the energy drink giant has helped to popularise the sport where participants launch themselves from a 27m (89ft) tall platform – almost three times higher than the 10m (34ft) platform used in Olympic diving. In 2014, Red Bull introduced the women’s category with a 21m (69ft) tall platform.

Originating in Australia where visitors climb the Sydney Harbour Bridge for unrivalled views from a height of 134m (440ft), bridge climbing has now expanded to neighbouring New Zealand. Both ventures require you to wear a helmet, slip on a harness and get securely clipped into a safety wire.

In Japan, you can ‘climb’ the Akashi-Kaikyo Bridge in the sense that you join a tour that takes you (in an elevator) to the top of the main supporting tower where you can walk along a walled platform. 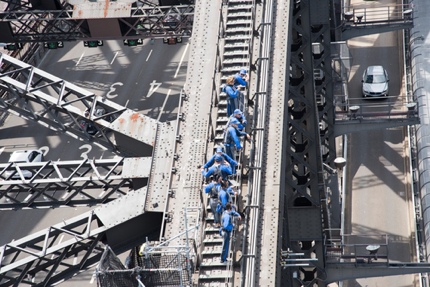 Live life on the edge by taking a full circle walk on the 1.5m (5ft) wide ledge encircling the top of the CN Tower’s main pod, some 356m (1,168ft) above the ground. Participants are attached to an overhead rail via a trolley and harness system – this allows you to lean back over the streets of Toronto without falling over.

There is a similar venture in the UK that allows you to walk on a glass walkway some 47m (154ft) above Tottenham Hotspur Stadium before descending via guided ropes to the ground.

Horseboarding isn’t about checking your horse into a clean, airy facility that serves quality hay four times a day to your horse when you’re away, but it is a sport where a horse (and its rider) tows someone on a skateboard around a bendy course.

Horseborading was invented by Daniel Fowler-Prime, a stuntman/ horse rider who is also passionate about skating, surfing and snowboarding. Brilliantly, he combined the two together and founded Horseboarding UK.

Swimming with slow-moving whale sharks (which have some 3,000 tiny teeth and don’t eat humans) offers an unforgettable experience, but if the gentle giants don’t get your blood pumping, opt for cage diving and meet the great white, the aggressive villain in movies such as Jaws.

There are two types of cage diving – the first is a surface cage where the metal box floats at the water surface and you only need a snorkel or hold your breath when a shark passes, while the other sees the cage being lowered deeper into the water, sometimes to the seabed. Accordingly, you must have scuba equipment for the latter. 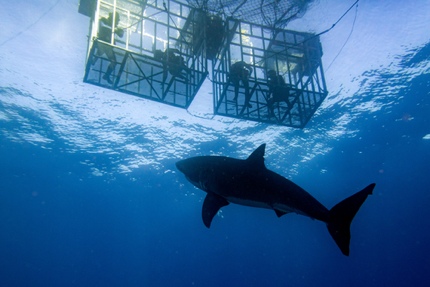 Paramotoring is similar to paragliding, but with a propeller strapped to your back, which will provide thrust to take off, climb and maintain flight. It is fairly easy to learn and doesn’t require a runway, meaning you can take off from almost any open area. 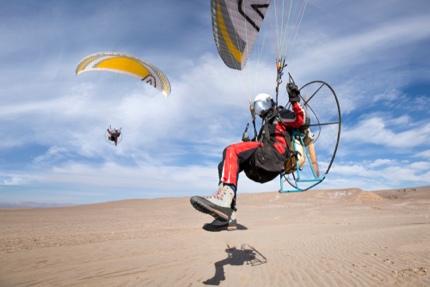 The term heli-skiing doesn’t mean leaping out of a helicopter and landing on pristine snow gracefully as James Bond did in The World is Not Enough. Rather it refers to using a helicopter to reach remote terrain, so you can ski on undisturbed snow.

As you’re skiing in the backcountry, you should possess at least an intermediate to advanced level of experience. 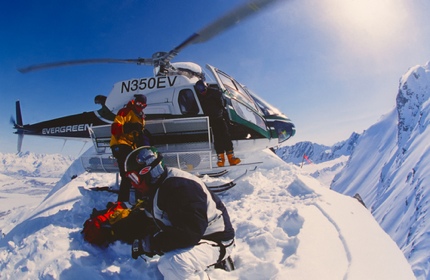 The injury reports of concussions and broken bones sustained from riding the one-ton bull for at least eight seconds make for grim reading, yet the thrills of controlling the bull with only just one riding hand (the other hand must not touch the beast) continue to attract aspirant cowboys and amateurs. 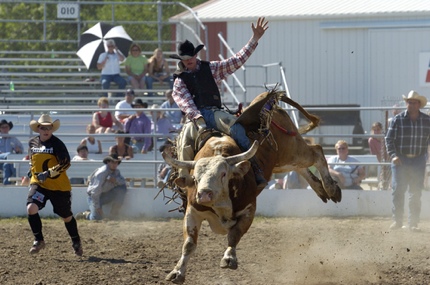 Meaning ‘goat dragging’, this equestrian sport is popular among ethnic groups in Central Asia, from Afghanistan to Kazakhstan. It involves riders competing to take control of a dead goat and riding in any direction until no one can catch up with you.

To make it more complicated, you can participate in an advanced version called Qarajai, where riders must carry the dead goat to the end of the field, circling a marker and then trying to throw the goat into a ring (the “Circle of Justice”). 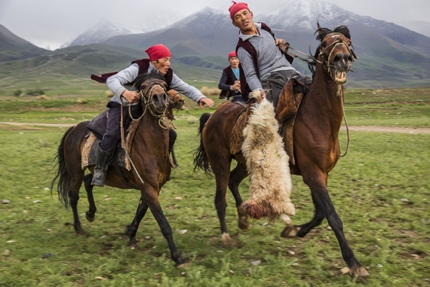 A game of Buzkashi in Kyrgyzstan

This article was updated in July 2021.