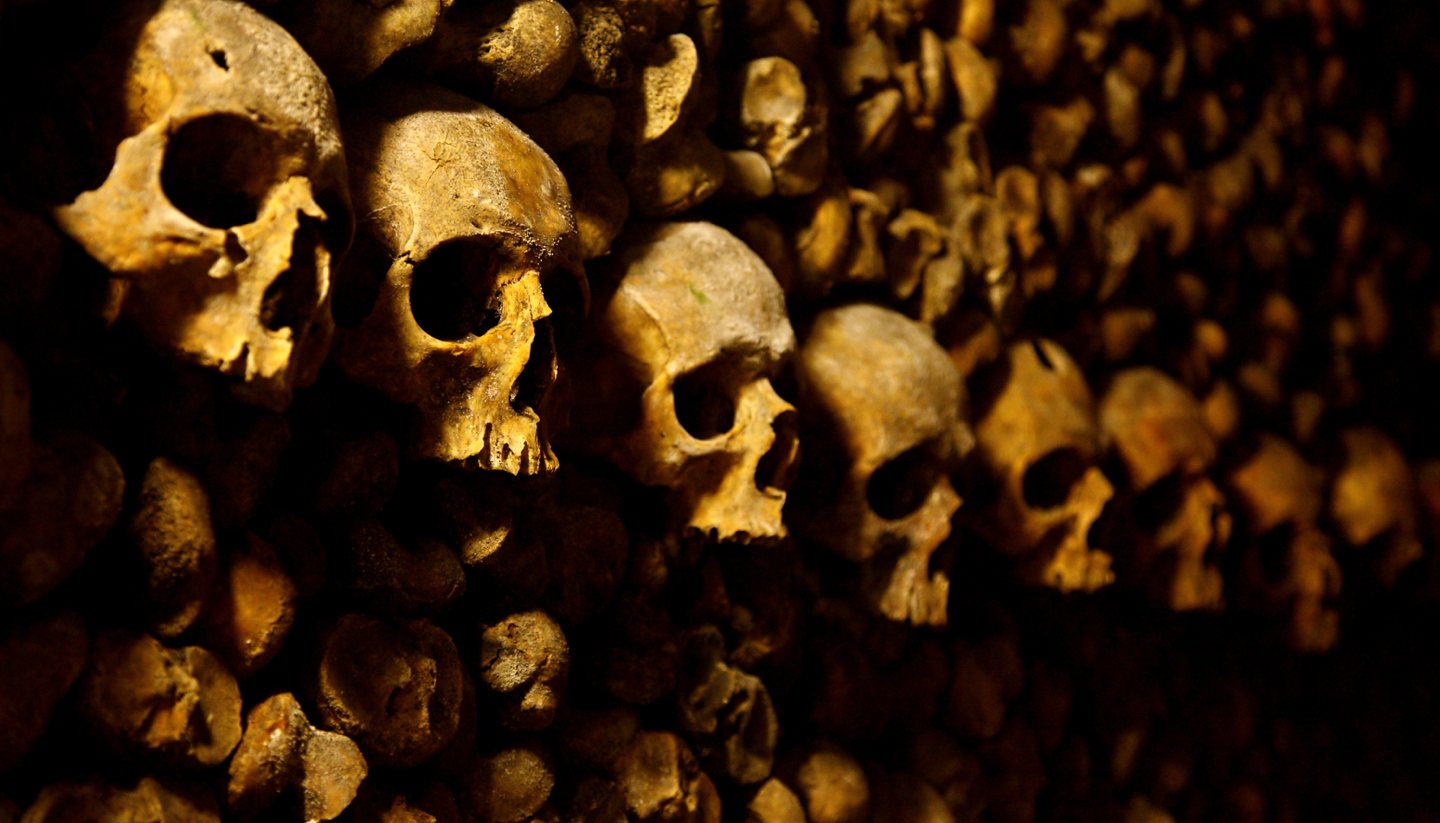 From warfare to natural disasters, Europe has many bloody periods. Here are nine places where tourists can get stark reminders of the bleak history

On 30 January 1649, Charles I was beheaded in London. A stubborn king, his refusal to share power with the Parliament had led the country to civil war, which ultimately saw the Parliamentarians (led by Oliver Cromwell) win. Charles I was tried, convicted and executed – it was the first execution of an English monarch, and of course, it was done publicly, with former subjects crowding to watch the once-king’s head leave his shoulders.

Today, this kind of morbid curiosity has evolved into what’s commonly known as dark tourism, referring to tourists visiting places that have been affected by tragedy and death. In Europe, countries may not decapitate their rulers anymore, but the continent’s long history, often punctuated by bloody periods of warfare, disease and calamities, offers many an opportunity to get up close with the grotesque. While some may argue that dark tourists are an insensitive bunch, in reality, all of us can learn a lot from history when we visit these places.

Here are our top dark tourism spots in Europe.

On 26 April 1986, Chernobyl’s Reactor No 4 had its roof blown off by two explosions, releasing a thick cloud of radiative dust to the adjacent town Pripyat before spreading to other parts of Europe. The radiation discharged was said to be 400 times more intense than the atomic bomb dropped on Hiroshima, and it prompted the government to evacuate the 50,000 residents of Pripyat. They were told to pack little as they would be expected to return, but in reality, many never returned as the high levels of radiation have rendered the entire area uninhabitable for 20,000 years.

Located just 129km (80mi) north of Kyiv, Pripyat is now a prime destination for dark tourists, who can only visit on guided tours through the town, the surrounding woodland and the Chernobyl nuclear plant. While it is not dangerous to spend a limited amount of time in Pripyat, safety measures must still be followed – visitors are expected to wear long-sleeve tops, long pants and closed shoes, carry their passport and be scanned at a radiation control checkpoint when leaving the exclusion zone. 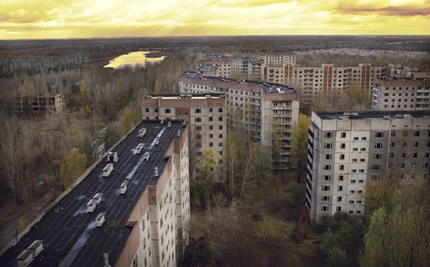 The ghost town of Pripyat On a guided tour of Pripyat

Between 1940 and 1945, more than 1.1 million men, women and children were systematically murdered in the Nazis’ biggest concentration camp. 90% of them were Jewish, the rest were Poles, Gypsies and Soviet prisoners of war. In January 1945, when the Soviet army approached, the Nazis decided to abandon Auschwitz, leaving behind piles of human ashes, along with a mountain of personal belongings – most of the people who owned them had been murdered. Decades after its abandonment, Auschwitz remains a harrowing reminder of the depths of human cruelty.

The Auschwitz Museum now sits on the site of Auschwitz I, displaying evidence that wasn’t destroyed by the Nazis when they evacuated, including well-worn shoes and spectacles by former inmates.

We recommend you join a guided tour to gain a better insight, and all guided tours will take you to other parts of the camp (Auschwitz I and Auschwitz II-Birkenau, the latter being the site of mass extermination). One of the camps 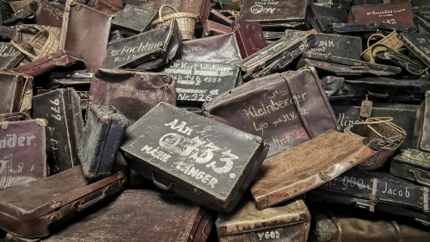 Personal belongings of the inmates

Leprosy, a disease that has existed for ages, is now curable with multidrug therapy, but those infected in the past weren’t so lucky as they were stigmatised and ostracised.

In Greece, those with leprosy had their citizenship rights revoked, assets seized and were deported to Spinalonga, a small island off the north coast of Crete. And despite the cure for leprosy being discovered in the 1940s, the colony was only shut in 1957 following damning reports of its disastrous conditions.

The island now operates as a museum. Not only are there hallmarks of the lepers for dark tourists, but there are also remains of a 16th-century Venetian fortress and the homes built by Muslim settlers in the 1700s. The ruins on Spinalonga 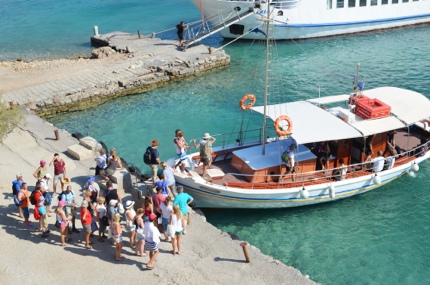 From the exterior, Santa Maria della Concezione dei Cappuccini (Our Lady of the Conception of the Capuchins) looks rather ordinary, but inside its crypt, the bones of some 3,700 monks make this the most morbid spot in Rome.

Commissioned by Pope Urban VIII and erected between 1626-31, the church was the refuge of Capuchin monks, a small religious order that embraced austerity and simplicity.

The monks were initially buried in the church, but as the dead began to exceed space, older remains were dug up and used to adorn the walls and ceilings to make room for more bodies. Today, you can visit the crypt and see the bones and skulls, along with skeletons, some cloaked in brown garments and holding crosses as if in prayer. There is also a ceiling-mounted figurehead of Death, made from a child’s skeleton with scales of justice in one hand and scythe of death in the other. 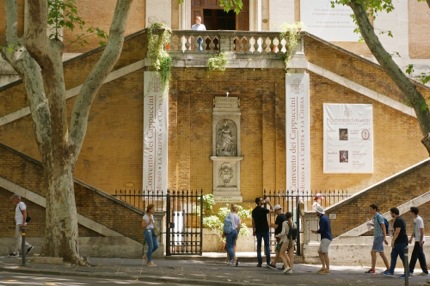 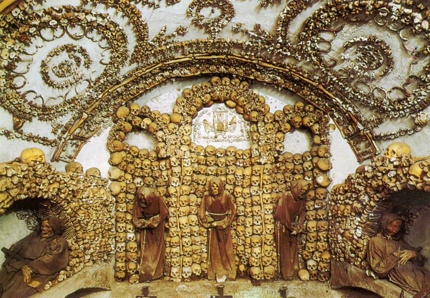 Sarajevo has many sad tales to tell. It was here – just around the corner from Latin Bridge in central Sarajevo – that the Archduke Franz Ferdinand of Austria and his wife Sophie were assassinated on 28 June 1914. The event triggered a series of crisis which eventually led to World War I. The war lasted over four years in various places around the world, causing 20 million deaths.

After WWI, Sarajevo became part of Yugoslavia and enjoyed a few peaceful years, but when Bosnia and Herzegovina declared independence from Yugoslavia in 1992, the city again found itself entering into one of the darkest chapters in European history. It was here that the Bosnian Serb forces laid siege to Sarajevo, attacking the city with countless bombs and bullets during the four-year stand-off.

When the leaders of the Bosnian Serb Army stood trial at the International Criminal Tribunal later, documents showed that they were just targeting anyone – including women and children – at random. The level of cruelty was unspeakable.

Nowadays, Sarajevo is full of echoes of that violent conflict. “War Tours” are a hugely popular attraction, detailing the siege and its origins in-depth. 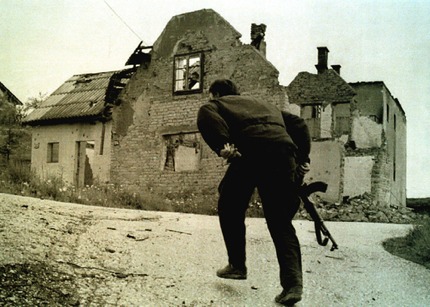 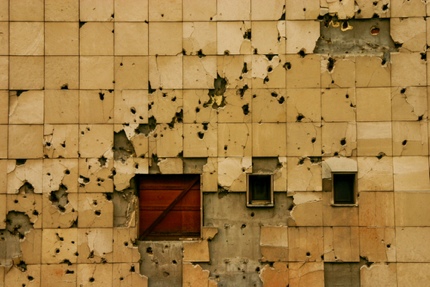 Bullet holes on a building in Sarajevo

In 1780, a lengthy period of spring rain made a wall around Les Innocents, a Parisian cemetery, collapse, spilling decomposing corpses into a neighbouring house. The incident highlighted the pressing issue that Paris had run out of burial space. The authorities then started moving bones to the old quarries below the city, resulting in the creation of Les Catacombes de Paris.

It took 27 years (1787-1814) for the authority to transfer the remains of six million people from various cemeteries to the Catacombs. Many of the bones were shaped into the most gruesome of art, with arrangements inspired by olden art styles like the Romantic and Ancient Egyptian. A gothic and insightful spectacle, it’s been a hyper-popular tourist attraction in Paris since 1809. On 24 August 79, Mount Vesuvius erupted and showered Pompeii, which was at its south-eastern base, in a torrent of volcanic rocks, ashes and thick lava. The force of the exploding volcano decimated buildings and crushed civilians, with more later choking on the ash that rained down.

Today, UNESCO regards Pompeii as ‘the only archaeological site in the world that provides a complete picture of an ancient Roman city’, acknowledging its string of imposing buildings, bath complexes, two theatres and an amphitheatre. The site now welcomes 2.5 million tourists a year, who browse gardens and architecture untouched for almost two millennia. Body casts of long-dead victims add a particularly dark touch as well. 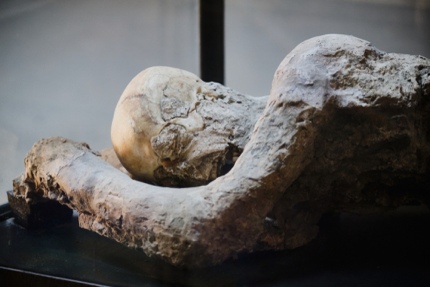 Plaster casts of a victim

One day in March 1612, Alizon Device, granddaughter of a local witch known as Old Demdike, was out begging when she encountered John Law, a pedlar from Halifax who sold pins, among other products probably. When John refused to give Alizon some pins, she cursed him in frustration. John collapsed almost immediately, his body paralysed and speech slurred. John’s son reported the incident to the local magistrate. When interviewed, Alizon admitted to condemning John, but she also did something rather strange – she implicated her family members and neighbours, accusing them of using witchcraft to murder people.

Altogether 19 people were arrested and 11 were later trialled in Lancaster Castle, the very spot that some witches were accused of hatching a plan to blow it up. During the trial, much of the evidence rested on the testimony of Jennet Device, a nine-year-old family member of many of the accused, along with evidence based on hearsay and superstition. On the following day, ten people were found guilty of witchcraft and sentenced to death.

Although the execution didn’t take place at Lancaster Castle (but on nearby Gallows Hill), the castle, with its long history of various trials, imprisonments and punishments, attracts many dark tourists today. Many of Europe’s dark tourism spots remind us of terrors that happened generations ago, but this one still sees high-profile individuals being interred, often following a ‘long and serious illness’.

In 2018, Igor Korobov, the chief of Russian military intelligence, was buried here. His sudden death prompted some sources to speculate that Korobov was murdered after the failed attempt to silence former agent Sergei Skripal and his daughter in Salisbury, England. Intriguingly, Korobov’s predecessor, Igor Sergun, also died suddenly two years before and was also buried here. This article was updated in March 2021.