How to build a city in 10 simple steps 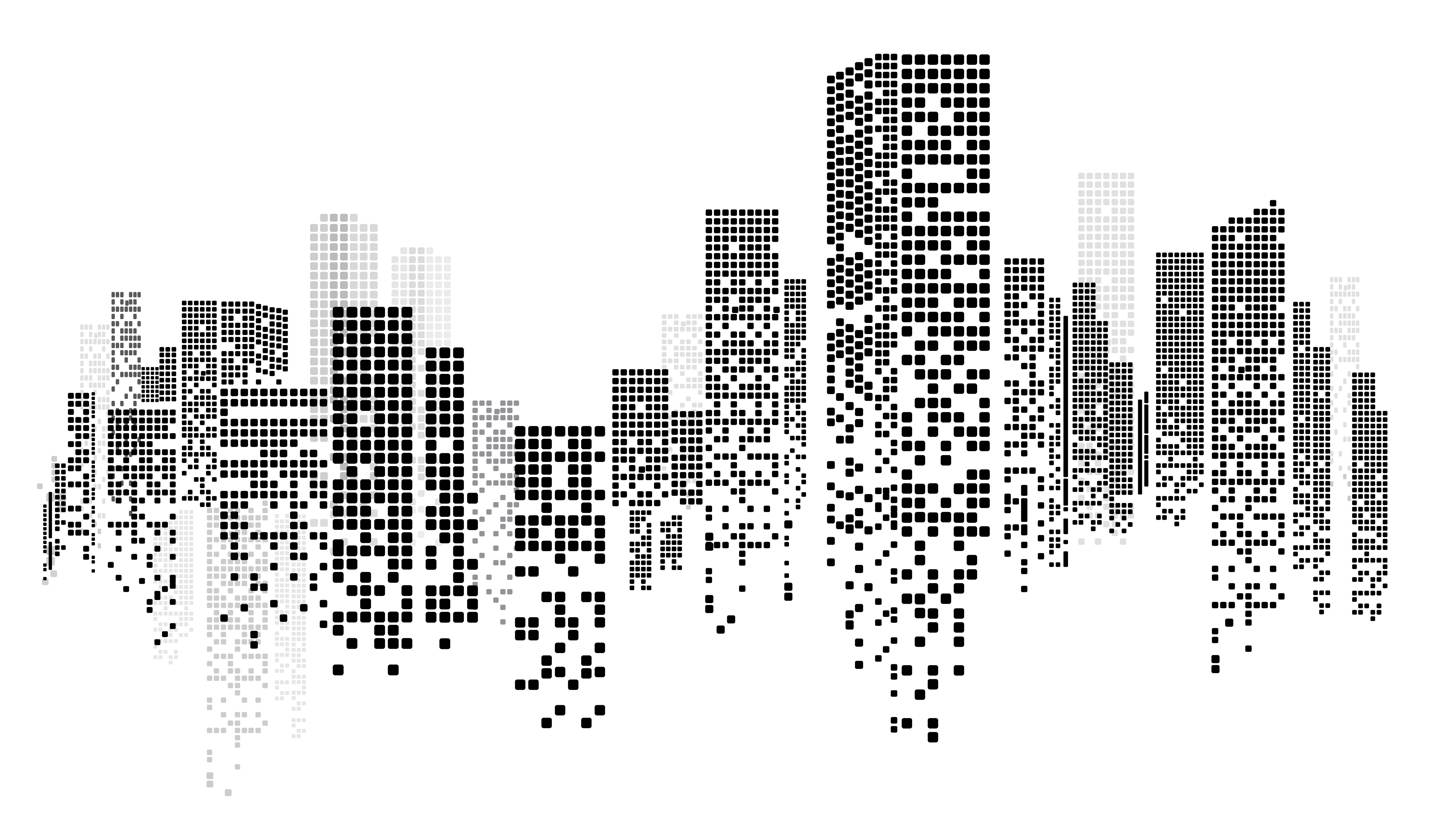 How do you build a new city? It seems like a strange question to ask. With so many vibrant cities already established around the world, whether there exists a necessity for more is questionable. Nonetheless, when the news broke in March 2015 that Egypt was planning to build a new capital 45km (28 miles) east of Cairo, it got the world’s attention. Though the project came to a halt when Egypt’s partner, the China State Construction Engineering Corporation, pulled out of a proposed deal in February 2017, the possibility still remains.

So how do you actually go about building a city? There are a number of considerations that you must make when planning such a feat. From engineering logistics to the actual feasibility of space (with respect to the actual demand for the city itself), there is a lot to weigh up. How likely is it that we will see the development of another megacity in our lifetime? We spoke to city planning experts to find out how to build one.

1. Build for people, not for pomp

When building a new city, especially a capital, it’s easy for designers to sway towards grandeur and greatness. This is something that Jan Gehl, author of Cities For People and Professor of Urban Design at the School of Architecture in Copenhagen, warns against.

“Brasilia in Brazil, Canberra in Australia and Chandigarh in Punjab,” he says, “are all capitals that are built from scratch and all of them, from my point of view, are more or less failures.

“They have been made too formal and they have too much emphasis on being impressive,” he adds. “I know that some of it should be impressive and big because it’s a national capital, but the rest of it should really be built much more carefully to human scale.”

Gehl believes that buildings should support the spaces, not the other way around. “Normally,” he posits, “they start to build the buildings and then they look out of the windows to see what was left over and that becomes public space.”

Here, we can say that pragmatism is key. There is no point in building a city if it isn’t going to facilitate flow. As such, considered planning is key and should be done so with the community as the focal point.

“The urban neighbourhoods and the residential neighbourhoods have to be very highly liveable,” says Dr Robin Hickman, the Senior Lecturer at UCL’s Bartlett School of Planning, “so lots of green open space and no use of the car in central urban areas and residential areas.”

Instead, land should go to open space, children’s play areas and community facilities, which is something Vauban in Germany has implemented successfully. They put spaces for parking cars at the edges of the residential areas, leaving more room for communal space.

“We would aim for compact neighbourhoods [with] short travel distances,” adds Hickman, “so housing developments should be orientated around the public transport network for better accessibility.”

As well as open spaces, Clare Devereux, Policy Director at Food Matters, believes that green infrastructure should be implemented across a new city. “We would like to see rooftop allotments, rooftop gardens, [and] productive green walls,” she says, a strategy now implemented in Brighton, Paris, and New York.

Not only does this mean more room to grow food, but these new green spaces can contribute to the performance of buildings across the city. The technology that underpins green buildings is productive too as it provides habitats for insects and helps with insulation.

4. Get rid of high-rise flats

“Learn how Barcelona was built, how Paris was built,” enthuses Jan Gehl. “There’s a lot to be learnt from these places about good urban design and good quality of living.”

Gehl is one of a number of influential urban planners who believes that high-rise flats are detrimental to the well-being of their residents. Those that live higher up are less likely to leave their houses and high-rises can be dehumanising as there’s less social interaction.

“I really believe more in [housing] density being closer to the ground than being stacked way up in the sky,” says Gehl, “and that’s why we can learn from Paris and Barcelona rather than Dubai.”

5. It’s time to say goodbye to the car

New cities need a combination of public transport platforms and should always have major walking and cycling routes, argues Dr Hickman. 30% of journeys should be by tram or metro, 30% by bicycle and 10-20% by walking, he says.

“Anything left would be electric car, maybe autonomous,” he suggests, adding that “the network should be environmentally sustainable, using clean electricity such as solar energy or hydropower.” Rather than private car ownership, Hickman advocates car clubs or car-sharing schemes to make travelling by car less convenient.

“The parking would be beyond the neighbourhood and it would be expensive,” he adds. “It might cost you £10,000 a year for your car parking spot, so instead you’d choose to cycle or walk or use the public transport service.”

Looking towards the future doesn’t always mean reinventing the wheel and Clare Devereux still thinks that peri-urbanisation (the belt between the city and the countryside with both urban and rural attributes) is still useful.

“In a new city, it would be about shortening the supply chain and having food produced as close to consumption as possible,” she says. One idea would be to have small market gardens on the peri-urban fringe that sell directly to customers, so food doesn’t travel far.

“The visibility of food has social and educational aspects,” believes Devereux who wants to see more good food in cities and further opportunities to eat together.

It’s essential that a new city provides jobs otherwise it will struggle to attract a viable number of residents. This is something many experts agree on.

Initiatives like a productive green infrastructure will need people to upkeep them, says Clare Devereux. “They only happen if there’s a clear community that’s going to maintain that, so that implies that there is engagement, consultation and participation from the community that we’re talking about,” she says.

“That could be workers in an office block or residential or schools,” Devereux adds. “Cities of the future should be designed and planned in response to the needs of the people that are living in them.”

Dr Hickman argues that changes like autonomous travel shouldn’t mean less human interaction either. “Alongside better information and communication technologies,” he says, “there’s still a need for a person-based manning of the stations […] otherwise it becomes a bit of a faceless society, and if you’re not familiar with the particular journey you’re undertaking, it’s difficult.”

Clare Devereux suggests that in a new city, living accommodation could be smaller with communal kitchens and shared gardens. “Communal eating is a much more sustainable way of eating because obviously you can have economy of scale,” she says.

Co-housing models, like Coyote Crossing in California, share gardens that produce basic herbs and salads for communal kitchens, which Devereux believes is beneficial.

“When people are time poor and you don’t have time to cook every day, but someone is cooking fresh food from scratch in a communal setting, you’re going to get the health benefits,” she says.

9. Retail on a smaller scale

Clare Devereux thinks that local independent shops are beneficial for a new city. “There needs to be provision for smaller units, so it is not all large-scale supermarkets,” she says. “It doesn’t have to be one or the other, the supermarket has a role to play, but if you’re thinking about not driving, and being able to buy things at the point of consumption, you’re going to need smaller shops.”

“You’d want to have small independent shops because they are going to source locally,” she says. “They provide more jobs and they have a better connection to consumers so there are knock-on social benefits.”

Sustainability is essential for a modern city, which means better waste management. “The idea is that people are cooking fresh, seasonal food from scratch, and that means – by default – they’re buying fresh produce, which shouldn’t need to be packaged,” says Clare Devereux.

“There is always unavoidable waste in the food system and that would be composted as much as possible and kept within the city,” she adds. “If you have got provision for food growing, you’ve got outlets for the result of the composting without it having to be moved around.” This could mean de-regulating food waste disposal to allow residents to converse resources by feeding leftovers to local livestock.